Art in 3D printing: more museum exhibitions we care about

As the fledgling technology looking to revolutionize engineering, art, manufacturing, and science, 3D printing is the focus of many an art museum looking to get in on this craze early, before it changes the landscape of all of those industries and fields across the globe. Here you’ll find exhibits that employ 3D printing technology to increase the interactivity of an exhibit, often allowing visitors to view recreations of lost works, look at the tantalizing potential of 3D printing as a craft and as an art form, and just to see innovative new pieces created by 3D printers.

This exhibit from Andrew Bolton reconciles the hand-made against the machine made in creating haute couture and avant-garde ready-to-wear fashions. Beginning at the invention of the sewing machine in the 19th century, the exhibit explores the dichotomy between hand-made and machine-made, and how the assumptions and values at play between these styles have evolved over the years, and how the machine has changed fashion. The exhibit employs 3D printers that recreate many of the fashions of the time, allowing the visual exploration of items in ways we otherwise would never be able to.

Giving a glimpse of the present and future of 3D printing, this Paris museum reserves a large part of the “Factory of the Future” exhibit to the discussion of how 3D printing can shape the future of mass production, particularly with in hearing aids, which were previously time-consuming and labor-intensive to produce. In addition, the exhibit showcases the aesthetics of the process of 3D printing that can be produced quickly and relatively cheaply using a process called “hyper optimization,” which enhances existing items in the printing process. 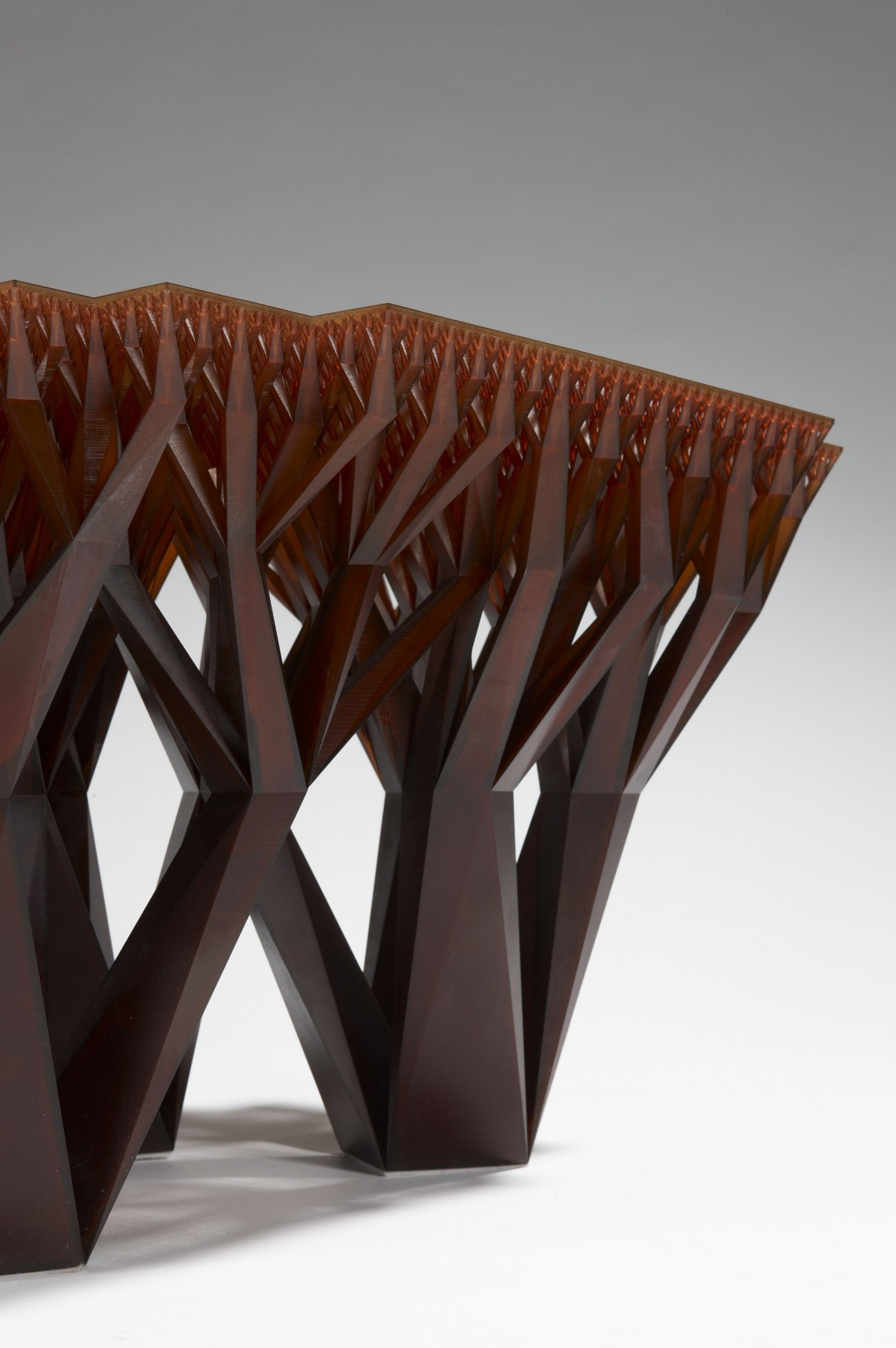 A look at the value of 3D printing as a medium, and how it can shape the future of manufacturing technology, “Making a Difference” features 3D-printed pieces of art and examples of design and engineering, as well as pieces showcasing the innovations it allows in scientific endeavors. Visitors will learn about how 3D printing both fits into and creates new possibilities in all of those fields and how it impacts design processes. The exhibition premiered at BOZAR, where it has run for about the past year, and opens at the Red Dot Museum in Essen, Germany in September.

3D Printing the Future: the Exhibition, Museum of Science and Industry, Tampa, Fla.

Presenting a family-friendly look into the processes and ideas behind the concepts of 3D printing, “3D Printing the Future” spotlights applications ranging from décor, entertainment and toys to medical devices and, possibly, even human organs. Presenting 3D printing as a process with endless possibilities, it looks at its promise to change the way we live, work, and play all in one. With an array of 3D-printed items, live demonstrations in the Idea Zone, and a hands-on printing station, patrons will get an immersion in 3D printing technology, how it works and can be used, and what hit holds for us in the future.

The Statue of Zeus at Olympia, Millenium Gate Museum

Recreating the Seventh Wonder of the Ancient World, the Millenium Gate Museum in Atlanta’s “The Statue of Zeus at Olympia” is a recreation of the lost wonder. Originally destroyed under mysterious circumstances, this model is based on the most accurate information about the statue available. By focusing on a historical landmark lost to the ravages of time and war, the Millenium Gate Museum has sparked upon one of the more important aspects of 3D printing—the restoration of lost classics.