Project spotlight: Solar Impulse 2 – An Exploration To Change The World

Solar Impulse 2 is a long-range solar-powered aircraft project. The project eventually hopes to achieve the first circumnavigation of the Earth by a piloted fixed-wing aircraft using only solar power. The project is led by Swiss aeronaut Bertrand Piccard, who co-piloted the first balloon to circle the world non-stop, and Swiss businessman André Borschberg. Solar Impulse 2 is the result of ten years of intense work, calculations, simulations and tests by a team of about 80 people and 100 partners and advisors. In April, an upgraded version - Solar Impulse 2 was announced and GrabCAD talked to the founders to find out what's new.

What did you improve in the Solar Impulse 2?

Firstly, we improved performance, in order to reduce our energy consumption and have more reserves. Then, we modified the cockpit to improve ergonomics. In addition, we needed a more reliable aircraft with redundant safety systems and leak-proof electrical circuits in order to fly in humid conditions. Finally, we have a form of autopilot, that we call Stability Augmentation System (SAS) which will maintain flight altitude and a directional heading so that the pilot will be allowed to rest.

How is Solar Impulse 2 important to the world?

We would like people to remember Solar Impulse as a useful scientific adventure that contributed to changing certain behaviors. If because of Solar Impulse more people save energy and start using new technologies and clean energy sources, and that they understand that sustainable development is an exciting adventure, it will be a great success.

What are your biggest engineering challenges?

On 5 July 2012, we were on the verge of celebrating a successful mission until, unexpectedly, Solar Impulse 2’s wing spar cracked and the final structural test failed. Pushing the limits is not an easy task and the failing of the spar led to a partial rebuilding and a construction delay. It was the first time a final structural test had failed in the history of the project and even though it was hard to accept, it was an extremely valuable learning experience.

What did you learn during the development process?

The unexpected result of the final test made room for some stimulating brainstorming sessions within the team, not only on how to use the time gained to improve the reliability of the aircraft but also to further emphasize the project’s message and value. It also gave us the opportunity to take this time delay to take our first airplane to the USA, something we had dreamed about but had not been able to find the time to do. We learned that very often big difficulties and unexpected problems, also lead to big opportunities.

What's next for your team?

From now until end of the summer, we will test Solar Impulse 2 from our home base at the Payerne airfield in Switzerland. The attempt to make the first round-the-world solar-powered flight is scheduled to start in March 2015 from the Gulf area. The route has not been fully defined yet but we know that we will fly in order, over the Arabian Sea, India, Myanmar, China, the Pacific Ocean, the United States, the Atlantic Ocean, and southern Europe or North Africa, before closing the  loop by returning to the point of departure. André and I will take turns at each stop, meaning that the pilot will land every few days. This will also give us the opportunity to organize public events for governments, schools and universities in order to share the message of Solar Impulse.

Technical details of the Solar Impulse 2:

Thank you André and Bertrand for this interview! Its great to have such people that are expanding the boundaries of engineering with enthusiasm, dedication and perseverance. Good luck with the flight around the world! 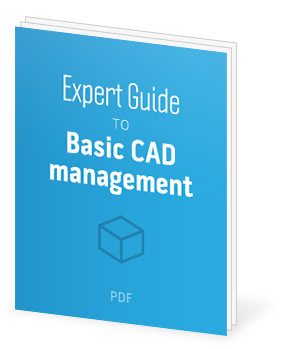