CAD modeling etiquette: Do your colleagues need a refresher?

I hear it every day from other engineers: “I could use that model in my assembly, but it's so bad. I might as well just remodel it.” Bad modeling techniques and a lack of solid expectations (or standards) in the hardware industry have driven the majority of us in product design at least a little crazy over the course of our careers. Unfortunately, for many, “bad models” are an everyday reality. Trouble is, the definition of a “good” model depends on who you ask. That's probably not how engineering should work.

One way to all but wipe out "bad" modeling habits is to employ a 3D modeling standard at your company. Why bother with a modeling standard? According to the 2013 State of 3D Collaboration and Interoperability Report:

Half of surveyed engineers work late or on the weekend fixing design data. That seems pretty high. A modeling standard might fix that. But first let's be clear about what a we mean by "modeling standard."

What is a modeling standard?

A modeling standard is a written set of rules that allow us humans to apply etiquette to CAD models. The standard will give you a tool to assist and nudge those needy, organizationally challenged co-workers.

It’s likely that the hardware industry will continue to add more and more useable and reusable data into those 3D models and their associated data sets. It only makes sense that we should apply common sense and courtesy when modeling. We must also follow standard rules in order for our 3D CAD models to be consumable by both humans and software.

What should a modeling standard do?

It should explain how to:

Here are some other ways to think about a modeling standard:

Instead of solely relying on common sense (which I do suggest you retain) to define hardware products using digital technologies, you can create and codify a 3D modeling standard at your company. Tough maybe, but it's hard to argue against the combination of common sense and informed consistency.

Do you have to do it my way, or Boeing’s way, or NASA’s way? Well that all depends on your business model, customers, and what benefits you think will achieve the biggest bang for the buck. First, establish your way, then create a translation or data exchange“Rosetta Stone” (which can be automated) to map your standard onto a customer standard. Suppliers will most likely look to you to tell them what modeling standard they should follow. For your manufacturers, it is probably sufficient to give them the ground rules for the standard and parse out the pieces that are important to them. For the most part, any consistent method is better than nothing at all.

Do you have a story of how using a modeling schema has benefited your organization? This is an example of a part template that instantiates rules in a CAD part model file that are repeatable, reusable, automatable, and most importantly, consistent throughout your organization. 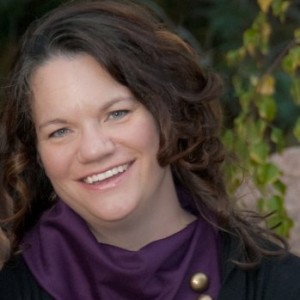