It’s amazing to see where computational mechanics is heading and how different modeling techniques are constantly evolving. Not even twenty years ago, mechanical systems were drafted as plane sketches with an endless array of symbols and norms to convey as much as possible about an accurate and common three dimensional shape. Now however, we have the full 3D CAD experience ready and easy to manipulate.

Some people think there’s no longer a need for the old ways. Many engineers just laugh at the idea of a 2D CAD concept. The new generation of engineers doesn’t have to deal with the ambiguity of having a different understanding of one plan. The manipulation of the software to make a 3D CAD is user-friendly and, if they used GrabCAD Workbench, even the people outside the engineering field get to actually see the final product and understand its features.

But what about analysis?

Once we move on to actually designing a mechanical system, it is no laughing matter to think about a 2D model. In fact, engineers well-versed in analysis and simulation would often be very grateful to work with 2D CAD that can convey 3D CAD behavior, at least as a preliminary assessment.

Conceptually, 3D CAD confers the ultimate depiction. While it does detail the system with all the possible features the designer had in mind, processing such a pack of data proves hectic. Even with great hardware, meshing and submitting this shape to diverse packs of data is to create a gigantic file of millions of nodes and elements interacting with each other and carrying many loads within their matrices. Even a high-end server supported by the best software would require it to function nonstop for at least 14 days to simulate all the boundary conditions at more than 1,000 timesteps.

Results that can’t be secured and might be too complicated to compute – once again because of the model’s 3D complicated and heavy way of loading data – occasionally crash or turn out to be wrong. All in all, what 3D makes up for in giving a proper perspective that everyone can see and agree upon or modify brings with it limitations that it imposes on the calculation and simulation process, depending on its complexity.

For analysis, 2D CAD is better

While analysis manages nonetheless to cope with such inconveniences, rethinking which CAD to use to make it analysis-friendly makes a lot of sense. Two dimensional parts that are meshed and subjected to boundary conditions are lighter and therefore easier to submit to as many types of analysis as the engineer wants. This is extremely helpful at the first stages of analysis. Although it doesn’t give a full rendition like 3D CAD, it paves the way for the designer to narrow the choices of timesteps and analysis cases he or she will elaborate on through using a 3D CAD.

Therefore, when confronted with the three dimensional beast, the engineer knows where to focus, the loads to apply, and the critical cases or time steps to choose. Less data means less time on the server and converging results. Moreover, 2D is easier to modify. Consequently, the time it takes for different R&D divisions to respond significantly decreases. Finally, by using a 2D CAD model first, even the CAD designer has better visibility into the final outcome and compulsory features of the 3D CAD. 2D CAD actually helps in refining and defining the 3D one.

Many parts could use a 2D CAD, from sheet metal to automotive plastic parts. It’s often a practical solution to consider, would it be not as a first mockup for the 3D CAD.

How can you include 2D CAD in the 3D creation process?

There are several ways to include 2D CAD in the modeling process:

Many types of symmetry are encountered in industrial parts, rotational and axial ones being the most common. When your part is symmetrical, a 2D representing a section of it with an insignificant thickness is a good 2D CAD to keep for later and an excellent sketch that you could elaborate on for the following features of your CAD. The engineer could use the 2D as a primary basis to narrow the analysis and to already have better perspective on what features to improve, would it be on the 3D CAD final shape of the system’s actual response to the loads applied. 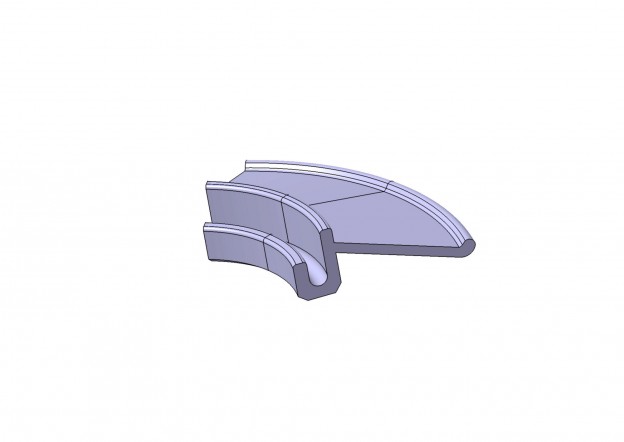 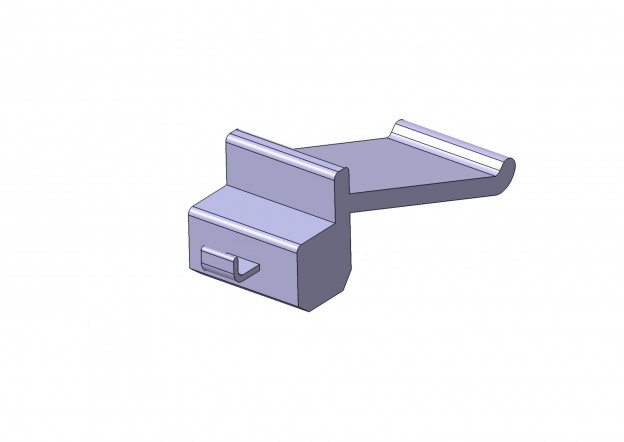 Many engineers bring up singular shapes or a lack of matter as obstacles to proper 2D CAD usage. If a shape doesn’t revolute or appear on the other side, it’s understandable that symmetry would reach its limits. Thanks to such inquiries though, the question was investigated and a solution was found: later versions of CAD/FEA softwares such as ANSYS Workbench include a filling feature that allows injecting a certain value on a zone which describes the quotient of void and matter and, consequently, a succession of void and matter.

This means that the 2D CAD holds actual information on the 3D shape and make such data accessible to the calculators. There is therefore no need for a 3D CAD just to give shape to holes or special extrusions put on specific positions. They are already present on the 2D CAD. 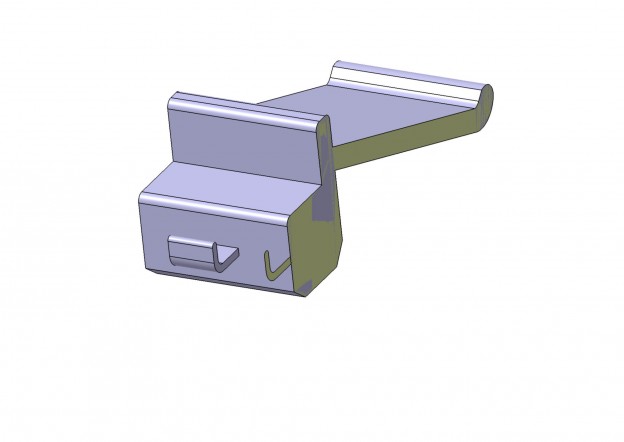 This is a fancy way to say speak about 2D that looks more like a surface evolving in a three dimensional space. Granted, it seems from a Euclidean referential to be a freaky 3D CAD. But when using the proper local referential allocated to the surface, you realize it can be described through two variables only and can give rise, when properly extruded, to the wild 3D CAD we typically encounter with plastic parts. On such surfaces, you can easily modify and place your loads then give the shape all the properties required to simulate the behaviour of a 3D CAD (for example density, thermal expansion, etc).

Take using 2D shapes for classically studied parts. If your 3D is filled with normalized or studied systems, that is systems which have equations and models proved beforehand, using a 2D of the primitive form and adding paralellogram or square surfaces to model those shapes will prove helpful. On one hand, you’re making the file very light and there will be no need to analyze the mesh on the part. On the other, the analyst will be able to insert the equations and parameters on that simple surface and convey to the calculator the mechanism.

The best of both worlds : 2D and 3D together in the design process

The appeal of 3D CAD to produce a shape everyone can see and understand is undeniable. But to completely dismiss 2D CAD technology is bush league – a mistake engineers often understand whenever analysis is part of the design. And analysis is growing more and more compulsory. 2D CAD is most of the time the primary solution and to actually use a volumic shape to check a mechanism would require a very specific problem that can’t be computed through 2D CAD. Plus, the problem would have to be very specific and unraveled beforehand by an analysis on the 2D CAD. This brings us again to the main point: Stop laughing at 2D CAD and start thinking about where it fits in your design process. Especially if you plan to perform many kinds of analysis later on down the line.

Mechanical design engineer working for the aeronautics industry, obsessed with improving CAD to improve analysis, doesn't accept numbers without a precision scale, bookworm and aspiring writer, obsessed with garlic and Mandelbrot, loves tea with mint and coffee with cinnamon. When not writing for GrabCAD, she's probably drawing fancy propellers and coloring cube trees in a coffeeshop.