Overclocking for CAD: let’s get dangerous

You’ve heard the stories: buy a cheap CPU, throw some insane cooling on it and boost it into the stratosphere. Such is the promise of overlocking, pushing CPU processors past their design specs in the name of edging out extra performance for low, low prices. But these aren’t the heady days of the Celeron 300A, where the megahertz flowed freely. With the invention of improved configuration aware microarchitecture, overclocking’s gone a bit corporate these days. There’s still some fun to be had, but more importantly, does it still make sense for your CAD workstation? 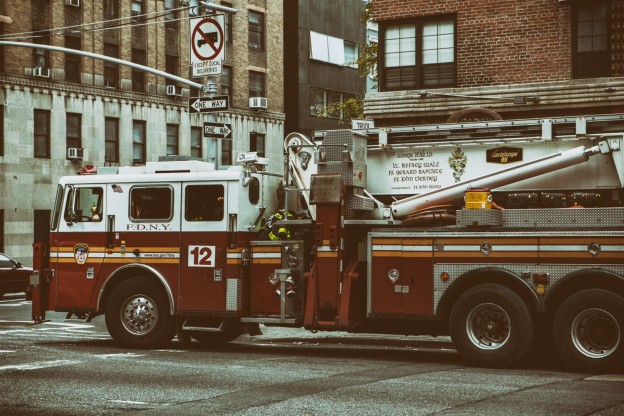 There are two rules in Overlocking Club:

1st rule: you need an AMD or K/X series Intel processor to overclock these days

The 2nd rule of overclocking club is… yeah, you can’t overclock without an Intel K/X or AMD CPU.

If you wondered why we spec’d our machine with a K series processor and a Z97 mobo, well now you know.

Overclocking is often referred to as a lottery of sorts – luck is certainly a dominant factor. You’re essentially gambling that CPU manufacturing variances have put your particular processor at an advantage over its identically engineered brethren. You’re hoping you got the special one. And since microprocessor production is so much more efficient now than ever before, expect those variances to be comparatively rare.

Don’t forget the inherent danger as well: you can smoke your chip into oblivion if you’re exceptionally reckless. While committing involuntary chiptricide is uncommon, you may unwittingly reduce your processor’s useful life by pushing it too far. There’s no shame in backing out at this point, well, unless you don’t like being called chicken.

If you’re still with us, there’s some prep work to be done before you start bumping multipliers and tweaking voltages:

Now is the time for your CPU to show its quality. Remember, swinging for the fences is unwise. Tweak in small increments. Test. Repeat. Gradual iterations will reduce the risk of toasting anything, as flaky stability serves as a leading indicator that you’re reaching your particular CPU’s limits.

First there’s the lazy way to overclock. Most overclocker friendly boards feature overclock profile presets for your particular processor in the BIOS. It’s basically automagic configuration based on a few simple inputs, and typically has a silly name like OC Genie, EZ Tuning Wizard, or Chipblaster+ (OK I made the last one up). If you’re especially wary about fiddling with settings, this may be a good place to start. Just select a profile in the bios, reboot, and stress test while monitoring that core temp stays within reasonable limits. This is a great way to get overclocked without much hassle, though in most cases performance gains are modest.

If you’re ready for prime time, you can dig right into manual configuration starting with the multiplier (aka the CPU ratio). The product of the core clock (typically 100 Mhz) and the multiplier determines the clock frequency. Hence a multiplier of 35 corresponds with 3.5 Ghz, 40 with 4.0 Ghz, etc. Change this value for all cores, reboot, and stress test. Keep an eye on core temperatures. If you’re solid, increase the multiplier again and repeat. Write down your configurations as you go. Eventually, the machine will lose stability and blue screen, then it’s time to begin adjusting the CPU core voltage in small increments (typically .01-.05 V) until stability returns, stress testing with every change.

Once it’s stable, bump the multiplier again and repeat. If you’ve overclocked a little too far, your machine won’t ever stabilize no matter how much voltage you apply.

At this stage, crank your multiplier back 100 Mhz and change the voltage back to the last stable value for that multiplier. Stress test once more, and if your core temp looks fine than congratulations, you’ve pushed your processor as far as it will go. Depending on your cooling setup, however, you may reach a thermal threshold before you reach the ultimate limit multiplier/voltage limit.

Is overclocking worth it for CAD?

Overclocking might earn you a Ghz advantage in clockspeed, if you are both diligent and supremely fortunate. Ultimate performance gains typically are in the 5-10% range for CPU intensive CAD, which is not bad for “free.” However, an overclocking setup is clearly a time-consuming process, and not without substantial risk. It’s also not a sure thing, you may have gotten a dud in the batch, the folds a mhz above stock.

Unless you’re overclocking for fun and nerd points, the time spent costs you as well. What seems viable for a student subsiding solely on ramen and mountain dew, won’t make much sense for a successful engineer with disposable income. Cooking your CPU might help you stave off the next upgrade.

Truthfully, these days CPU margins are thin enough that coughing up cash for a better core is a almost always a better decision, especially if the microarchitecture and process size has changed. So do you still want to be an overclocker? The choice is yours.