Why lattices? The rationale for lattices in 3D

Additive manufacturing enables engineers to employ design strategies that were never before possible. Prominent among these are lattice structures, which have traditionally been incredibly difficult to both design and manufacture. Lattices offer significant benefits in many applications; here’s an overview. 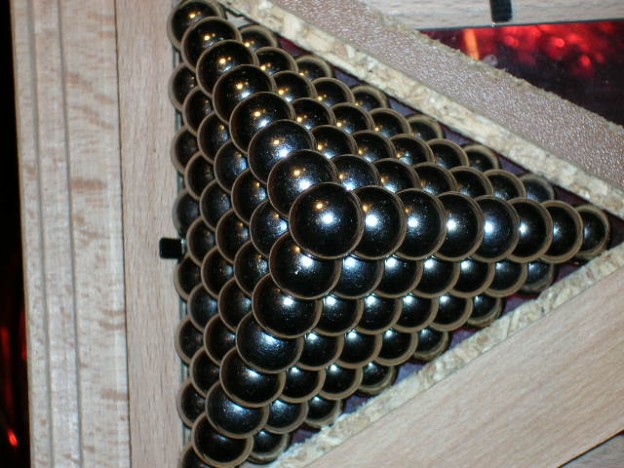 Broadly, lattices can be thought of as any repeating cellular structure. In two dimensions, examples of lattices range from nanomaterials like graphene, to woven and knit fabrics, to spoked wheels and welded truss structures. All of these have a basic topology or structure that repeats - either consistently or with some variation. 2D lattices have, in this respect, existed for millennia. Humans have long understood the benefits (both in terms of performance and low design complexity) of repeating patterns. But 3D lattices have always been too difficult to build, and so we never had much reason to consider them.

In three dimensions, the options for what a lattice looks like is a bit more broad. Lattices can be made up just of beams that connect at shared nodes. In this respect they look a lot like the 2D lattices described above. But just as a cable knit sweater is a lot more topologically complex than a simple woven pattern, 3D lattices can vary in a number of ways. Not only can you vary the orientation, thickness, and topology of a beam-based 3D lattice, but you can also use curved beams, or walls, or full freeform solids to make lattices. The key here is that the structure repeats throughout a volume, the actual properties of the structure are beside the point.

The rationale for lattices

Lattices offer a few significant benefits. First, they offer straightforward ways to vary material properties in a part. Second, they simplify design problems to a relatively small set of options. And third, they make design for manufacturing easier by allowing engineers to focus on cell topologies rather than overall part designs.

When designing parts with traditional methods, engineers have only two options for any given area of the design space: either there’s solid material there, or there isn’t.

Lattices free engineers from that binary option. By picking a single cellular topology and then varying the thickness of its beams, we can adjust the properties of the resulting part continuously - allowing for gradual transitions from stiff and heavy to flexible and lightweight. We can also vary the lattice’s cellular topology the same way, introducing even more ways to tune the structural performance of the part - all while designing with a single material and manufacturing process.

In any design/engineering project, the difficulty of completing the job scales exponentially with the number of variables that you need to design for. This is the curse of dimensionality at play: Even if every design decision you need to make has only two possible options, the amount of effort required doubles with every additional decision you need to make. In conventional design, this manifests itself in decisions about mass distribution within a design space: A part might be allowed to take up a large region, and the engineering challenge is to reduce mass while maintaining strength. The engineer’s job, then, is to look at every subregion of the design space and decide whether he should put material there. This is a topology optimization problem, and the number of solutions to it is staggering.

Lattices offer a method of reducing this complexity significantly. By using a common cell topology to fill the design space, engineers can ignore questions about the overall shape of the part - while still allowing themselves the freedom to vary its mechanical properties by changing beam thickness throughout the part. As a result, the number of factors that they need to keep in mind is significantly reduced, while the range of functional outcomes remains rich.

The manufacturing challenges inherent in metal 3D printing are, as I’ve documented previously, mammoth. To develop a finished product, it’s not uncommon to print hundreds of samples - varying both the part’s geometry and its orientation in the build chamber in order to identify a combination that produces minimal distortion and doesn’t cause the printer to crash.

By using a repeating cellular structure, though, the problem becomes somewhat simpler. By optimizing the manufacturability of an individual lattice cell (by making sure its beams are oriented at greater than 45* to the build plate, and limiting the beam diameter to within a practical range of printability), engineers can create patterns which, when repeated over and over in 3D space, make structures that can be printed reliably and with relative ease.

Designing lattices in traditional 3D CAD packages can be tedious and difficult. They simply aren’t set up to make the kinds of variable structures that allow the benefits of lattices to shine through. However, there are a number of dedicated lattice design packages - and plugins for existing design software - that make the process significantly easier.

The best option, of course, is nTopology Element (disclosure: I am employed by nTopology. The upside of that is that I’ve documented my lattice design process in great detail, though :). Element is a standalone desktop application that takes in STL files and has a range of manual and automated design tools to create, manipulate, and optimize lattices. If you’re more interested in a generative approach, Autodesk’s Within will iterate over a basic structure in order to create a finished design. There’s also netfabb’s Selective Space Structures plugin, which creates lattices by removing material from a part, and Materialise’s 3-maticSTL module, and a web-based lattice generator called Structik. There’s even a basic lattice feature built into Meshmixer.

Whatever your preference, the takeaway here is that there’s a growing list of dedicated lattice design software. And while you can design lattices with traditional CAD, it’s more frustrating and too limiting to be a viable option.

If you’re starting out with design for 3D printing, I recommend trying lattice based designs out. They require a very different process than traditional design, but the results offer big benefits - and the process is fun.