Say it with me: reality computing. It certainly sounds like a throwaway nonsense line cut from the Lawnmower Man screenplay, a particularly egregious instance of Star Trek Voyager technobabble, or perhaps a clutch verbal aberration used to clinch the international championship in buzzword bingo. Joking aside, there's an important, developing technology concept behind the bemusing moniker. But what exactly is real (or computational for that matter) about reality computing? 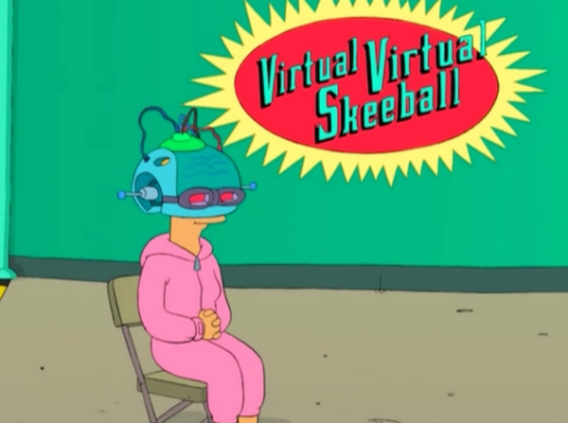 Reality computing in concept is about the emerging confluence of multiple technologies that are coalescing into a continuous feedback loop between the imagined (what could be) and reality (what is). Autodesk coined the term (definition after the jump), probably after large amounts of drinking by some faraway marketing focus group, though you're more than welcome to mint your very own colorful metaphor sure to grace Gartner hype cycle charts for eons to come.

Some potential alternatives: Virtuality, Makertopia, Design of Things, or Scan-Model-Print-Repeat. Until any of those meet mainstream adoption, however, reality computing will have to do.

Product design is by nature an iterative process: observation of problems leads to inspiration, those ideas are then matured into a solution, and the resultant design is realized as something that works (or doesn't). Understanding the impact of a design in the real world informs the next cycle, whether it's a subsequent refinement of an existing product, or an entirely new approach to the same or similar problem. This process holds true whether you are designing spacecraft, lamps, phones, lavatories, baby strollers, spacecraft lavatories, or buildings (with lavatories).

Tools that allow us to contribute to each phase of this cycle are nothing new, but the evolving frontier, and the essential promise of reality computing, is how these tools are growing closer and overcoming gaps between them. Product design tools are blending together with improved interoperability and by leveraging steadily improving visualization technologies that mashup and remix the previously well-defined borders between virtual space and meat space.

The three fundamental transformations of reality computing: observation to idea, idea to design, design to production, seamlessly traverse from the physical world to the virtual world and back again. Think The Matrix without hipsters, kung-fu, or highway-action set pieces, just the purity of an intrinsic link between the real world and the virtual one. The tools that help transform data in the design process are indeed familiar, but also steadily evolving:

Today the gaps are not seamless, but littered with data problems, such as turning scanned data into useful models, manipulating those resultant models quickly, and reliably producing real parts from those models at scale. Right now, for the most part, there's quite a bit of legwork in pre and post processing moving from application to application. But over time the distinction of separate applications may start to fade as two important technologies move closer to meeting long-held expectations:

In some not-all-that-distant future state, you might be able to simply take a picture of something on a phone, edit it, understand how it will work for real, and then turn around and fabricate it on your replicator, in one seamless exercise. When this reaches the maturity necessary for complex products, it may very well fundamentally change the nature of ideation and design, further democratizing the process. That's the ultimate goal that reality computing promises, and while it might seem reasonable to brush off a concept that's not quite ready for prime time, this is the direction the technology, if not the industry, is headed. The biggest question is when: take your guess and be sure to coin your own terms in the comments below as need be. 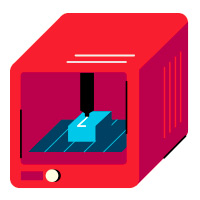