How we announced GrabCAD Print at RAPID: highlights, photos, video

Two weeks ago we announced our heretofore top secret new app, GrabCAD Print, at the RAPID conference in Orlando. GrabCAD Print is at the heart of a bold new software strategy from Stratasys that will unify 3D printing ecosystems and push digital manufacturing forward. Ambitious. If you want to learn more about the product, you should read this blog. But if you’re interested in my personal, behind the scenes look at how the product announcement went down, keep reading. 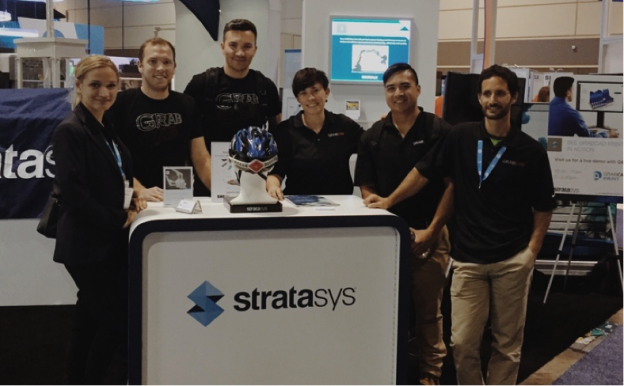 RAPID is one of the biggest 3D printing conferences in the world. It attracted over 5,000 attendees this year. For 25 years, anyone who’s anyone in 3D printing has made the pilgrimage to RAPID with their new 3D printing technology and a dream. Some, like a young upstart Scott Crump and his wife Lisa, have succeeded. Others have flopped. But it is one of the premier places to learn what’s new in the industry and rub shoulders with 3D printing die hards. It was a natural choice for making the GrabCAD Print announcement.

For the better part of a year, May 16th has been burned into my brain. It was the day we finally got to shout from the rooftops - we’ve been building an app to improve the 3D printing workflow, and you’re going to love it. We were lucky enough to have the opportunity to make that announcement on stage under the hot lights of the RAPID kickoff. 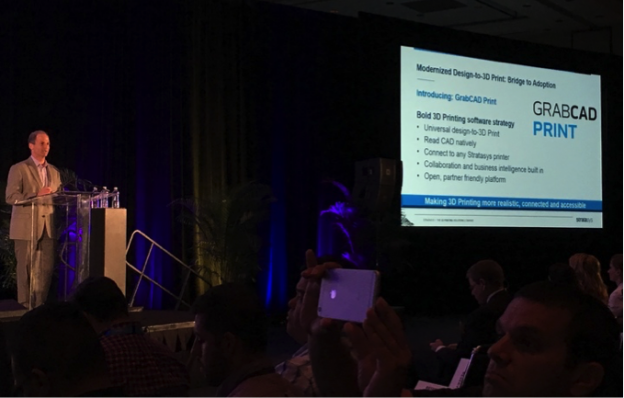 Paul Giaconia, VP Stratasys software products, did the honors. He gave a presentation entitled “Making 3D printing more realistic, connected, and accessible” that you can check out here. And with the video (below) flashing on the big screens and booming over the auditorium speakers, GrabCAD Print was formally introduced to the world. There were multiple bursts of applause from the crowd and I can’t lie - I had an ear-to-ear grin.

The rest of the week at RAPID we dedicated to talking to “real people” out on the expo floor - Stratasys customers, resellers, customers of other printers, folks who were just looking into 3D printing, students, vendors, media, and everyone in between. From the GrabCAD perch within the Stratasys booth we talked to hundreds of people and gave dozens of demos. 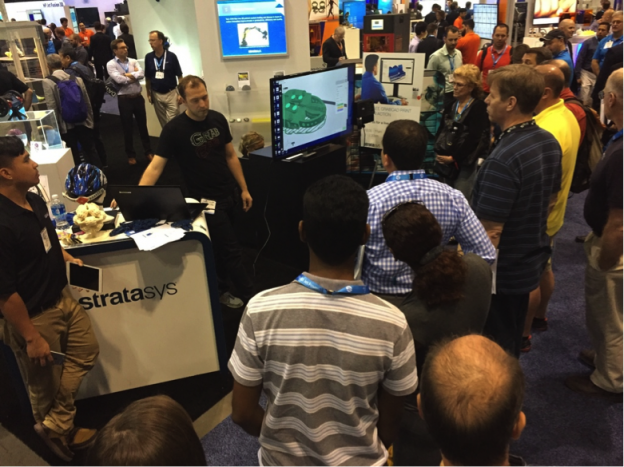 It wasn’t our first time getting GrabCAD Print in front of, and in the hands of, real users. We’ve had a private beta program going since January and the feedback from beta testers has played an immensely important role in developing the software to where it is today. But for many of us at the booth, it was the first time seeing face-to-face initial reactions to the demo.

While I had prepped myself for skepticism (engineers don’t beat around the bush with negative feedback, like say, marketers), what I actually heard was excitement and 3D printing professionals who wanted to know when they could get it for themselves. Hurrah! 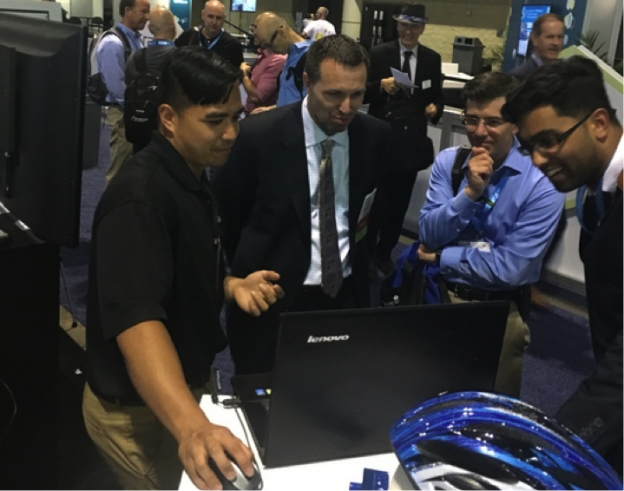 While I admittedly didn’t get to see many of the conference’s breakout sessions due to my excessive geeking out with visitors at our own booth, there were a few other noteworthy GrabCAD shoutouts at RAPID I was able to catch.

Rich Garrity, Vice President and General Manager of Vertical Solutions at Stratasys, presented to a packed room on the “Factory of the Future” and touched on the necessity for new cloud-connected software.

Brian Levy, Design Engineer at Joe Gibbs Racing and Stratasys customer, also had a breakout session. He discussed “Using Additive Manufacturing to Reduce the Development Time of Racecar Parts.” As one of our exclusive private beta testers for GrabCAD Print, Brian was able to give a unique perspective on how GrabCAD Print beta has already improved their 3D printing workflow. 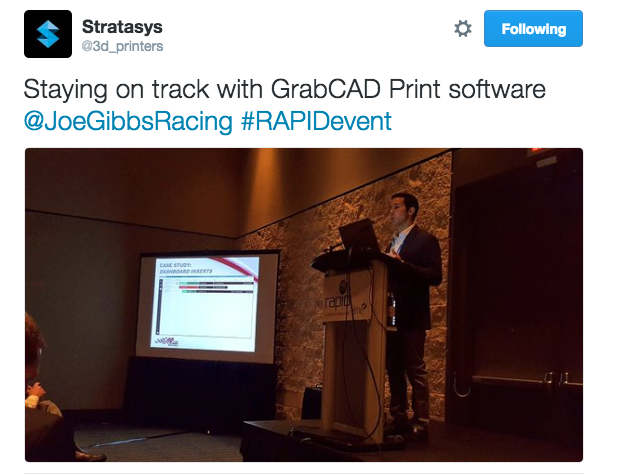 And finally, TCT Magazine captured a great video of our software SVP, Jon Stevenson, right on the expo floor.

I’m looking forward to sharing GrabCAD Print with even more people - a lot more people. This summer we will go into public beta, so stay tuned. You can register to be notified when it goes live at grabcad.com/print.