3D Printed Pills Could Soon Be Coming to Your Medicine Cabinet

It may be cliché to say that the possibilities of 3D printing are endless by now, but recent advancements in nanomedicine are giving this tagline more credence than ever. What was once theory has now become reality with the introduction in 2015 of the first FDA-approved 3D-printed medicine, Spritam, an anti-seizure medication.

Possibly even more exciting options are in the developmental pipeline. In addition to macro-scale objects such as cars or bicycles, imagine the possibilities of using these methods for the other end of the spectrum, such as drugs encapsulated in 3D-printed nanoparticles (between 1 and 100 nanometers, that’s ×10-9!) that can specifically target certain tissues or cells for destruction or treatment. Laboratory scientists are currently working on just that. For example, a recent collaboration between two research groups in Germany resulted in the production of semi-porous silica-based nanoparticles that could carry drugs in the body. These drugs not only have molecules on their surface that ensure they are taken up only by specific tissues, but also can be modified to be released into those tissues over a wider period of time. 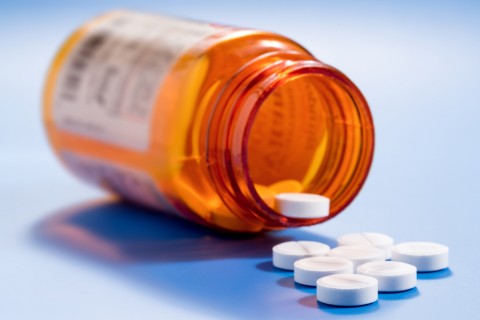 Other benefits of 3D-printed drugs include the ability to specifically tailor drug dosage or release times.

Achieving targeted delivery of drugs with complex release profiles has been difficult. The topic of “release profiles” has been extensively studied with the goal of administering a drug over a longer period of time in a single dose. Rather than all of an encapsulated drug being released after the drug coating is dissolved, some particles can release drugs over a predetermined period of time. Traditionally, substances known as hydrogels, which are water-soluble polymers formed from various molecules, are used for this purpose. Hydrogels are biocompatible and easily manipulated; however, they exhibit some limitations. These polymers often dissolve before reaching their target cells, making it difficult for the drugs to reach their targets. Additionally, although drug release from hydrogels occurs more slowly than for other types of treatments, the drugs are released over a time scale that is more rapid than desired and thus do not have a sustained effect. Finally, only limited quantities of one type of drug can be encapsulated in hydrogels. 3D-Printed drugs show promise for overcoming all of these limitations.

Sure, the 3D-printed results in Germany were only demonstrated in Petri dishes, but that’s exactly how antibiotics got their start. It took 13 years from the discovery of penicillin-containing “mold juice” to the first time it was used to treat a human, but at the time studies of antibiotics were conducted with passing interest. In contrast, researchers worldwide are actively searching for new ways to use targeted delivery systems for drugs encapsulated in 3D-printed nanoparticles.

Researchers in China and California worked together to create 3D-printed nanoparticles that could attract, capture, and sense toxins. They tested these nanoparticles in a laboratory-grown liver-like tissue and found that the nanoparticles captured and completely neutralized toxins with 100 percent efficiency. Impressively, tests showed that the nanoparticles did not interact with normal cells, making them an ideal solution for detoxification. While toxins were used as a proof-of-concept for their 3D-printed nanostructure device, this platform can be modified for countless other targeting techniques.

In combination with 3D-printed human tissues, testing these new drugs could easily become much cheaper and safer. Other benefits of 3D-printed drugs include the ability to specifically tailor drug dosage or release times. Your future visit to the emergency room could involve a customized treatment prepared on-site by regular hospital staff. Your age, race, and gender could be taken into account and combinations of drugs could be created to treat several conditions simultaneously.

Is the end of one-size-fits-all pills produced by large pharma companies near? Probably not – at least not in the next several years – but Spitram was developed for a small subset of the population who had difficulty swallowing pills; the next innovation is to further reduce this pool for individualized medicine.

Although studies of 3D-printed drugs, particularly nanoparticle-sized treatments, are still in their infancy, it will be exciting to watch how this technology can be developed by combining the expertise of materials scientists, nantotechnologists, chemists, physicists, physicians, biochemists, and pharmaceutical workers for potentially limitless applications.