Effecting Change at Work, or How to Engineer a Better Outcome

“The only thing that is constant is change.” Heraclitus 500BCE

I live and work in what is known as “Silicon Valley.” Not really any different than any other densely populated industrial high-tech area, other than the fact that just like the Hollywood of the 1930’s, Silicon Valley has a national reputation for “opportunity.” If you have an idea for a service or a product that might fill a need (even if it is a very narrow niche need), there is enough money floating locally to create a “startup.”

If nothing else, this results in two things: first, the rental market is crazy, with monthly rents for a 2-bedroom apartment averaging around $2,800; secondly, you get to meet all sorts of interesting people at parties. 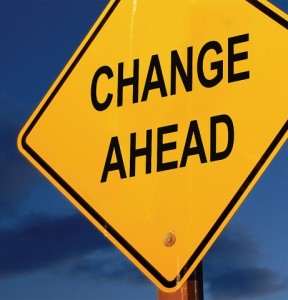 Since everyone spends a lot of time at work, it is inevitable that at backyard and poolside BBQs people talk about where they work, what they do, what their professional aspirations are. Maybe that’s wrong, maybe we should be spending more time talking about politics or about our core belief systems…but, in an oblique way, I guess that is exactly what we are doing.

You take your belief system to work with you every day and when you talk about work, you are actually talking about yourself and how you relate to the people around you and how you view the world.

Recently, at one of these poolside gatherings, I met a young professional who graduated from the University of Michigan with a degree in electrical engineering and came out West looking for opportunities. Titles don’t really mean a whole lot to me, I think people just sort of make them up as they go along, but I recognized right away that she was smart, articulate, and passionate about her work (that she believed was going to make the world a better place). At one point I told her that I have been with the same company for two decades and the company is big enough that I got to move around different departments and got to tryout lots of different responsibilities.

She kind of groaned when she heard that. Although without a doubt, the diversity of opportunities available at a research facility is a great benefit, working for a big company – not her thing. We talked for a bit, and I found out that since graduating she has worked in a string of startup companies (average staffing level, 5-50 people) moving from one to another as they either got bought up or lost funding and went bankrupt.

Recently, a company where she was registered as employee #05 (out of 27), was bought by a bigger entity. The new parent company wanted to retain not only the intellectual property being developed, but also some of the engineering talent. So they offered some sweet incentives for people to stay. She lasted two weeks and a day.

“When I found out that I had to get two signatures and a documented ‘OK’ from a department head to get $300 out of petty cash to buy a new scanner, I gave my two-week notice.” she told me.

That was interesting to me, because throughout the years I have encountered situations at work which I thought were either overburdened with bureaucratic red tape – the term Red Tape originated as a phrase in the 16th century, because Spanish official correspondence was bound by red tape to differentiate it from personal letters – or were outdated due to technologic advances. And, I have had both success and failures at trying to change how business was being conducted.

When I got the managerial buy-in, I was able to make noticeable changes. For example, reconfiguring all of our Data Acquisition Systems hardware from hardwired facility dedicated systems into stand-alone 16-channel subsystems with common interfaces, gave us the ability to move equipment around all five different test sites and three different model preparation facilities as the requirements changed depending on the articles being tested.

But I was not always so successful in getting management support.

One time I tried to standardize the transfer of information between work shifts. We were running the testing facilities on an almost 24-hour cycle with little overlap between shifts. Getting information from dayshift to swing shift to graveyard shift – the term Graveyard Shift originated in Victorian England, when watchmen were hired to guard graveyards from tomb robbers who were selling corpses for medical experiments – was essential and every Test Director had a unique personal style of communicating the action items for the following shift. I failed to make any changes because the manager was an former Test Director who felt the Test Directors needed to make their own calls on how to handle communication within their groups. Eventually, the manager retired, technology advanced (cloud-based information sharing), and the process did get changed.

But it took time.

However, none of these frustrations ever made me think of quitting. I guess if there are two extremes, one being not caring at all about what’s happening at work and just going along for the ride and collecting a paycheck and the other extreme being quitting a job because you see fault with the day-to-day process, I fall somewhere in between. I like the work that I do and I find it interesting and unique, I like the people that I work with, and if I encounter a situation I feel can be more efficient, I try to make a change.

At one time or another, each one of us will encounter a process at our place of employment that we will try to change, either by updating it or just deleting it.

What is the right way to gather support for your “radical” ideas and implement change? I honestly have no idea. As I mentioned earlier, I have both succeeded and failed to effect change, but I found that I can do some good if I try to use a reasonable approach that combines communication, technology, and a little bit of amateur psychology.

The first thing I try to do is to understand “why” we do things the way we do them. Is it tradition? Is it an artifact of outdated technology that has been grandfathered in? What is the original intent behind this particular process? This is very important, because there are sometimes reasons that are not intuitively obvious for procedures. Try to put yourself into the shoes of the originators of the process. Why was it started? How did it develop to be what it is today?

Once I feel I have a pretty good grasp of the situation, I try to get enough people to see my point of view to create critical mass that is looking for, and is willing to, change. This takes time, but is invaluable. Not only do I get to hear other points of view, I also get a deeper understanding of how that particular process effects people in different positions. This also builds a sort of “grass roots” support for the proposed change.

I can’t overemphasize the first step, which is the “discovery” of the reasons for why things are done a certain way. As I continued talking to the engineer who quit over the inefficient petty cash scenario, our conversation meandered around projects and budgets and schedules. At one point she told me that the new parent company (that she only worked 15 days for) was very excited to acquire their start-up for the intellectual property and potential engineering talent, but they were really concerned about the financials of the startup. The startup was fortunate enough to receive millions in venture capital annually, but lacking proper accounting systems, the money being spent was not tracked perfectly. The new parent company wanted to make sure they understood the spending streams and thus initiated process, which in some cases resulted in (unintentional) inefficient draconian policies. Could the petty cash policy have been changed with a little bit of effort? I feel like it could have been.

Will you always succeed in effecting change? No. You won’t always get the buy-in (from co-workers or management). Sometimes there will be buy-in, but no budget or time to make changes. Sometimes you might realize that as inefficient as the process might appear at first, it’s actually the best that can be done at the moment.

Whatever the situation, keep in mind that change is part of life, and it is great to be the agent of change that makes your work environment better for you and your coworkers. So, why not try?