These Are the 10 Highest Paid Engineering Degrees

Salary data has been updated in August 2020

It’s widely acknowledged that STEM (science, engineering, technology and math) graduates go on to have lucrative careers. There are all types of engineering sectors that are in high demand. So, if you’re a whizz at any of these subjects or are drawn to learning more about them, you could turn your passion into a pretty high flying profession.

How much money do engineers make you may ask?

As a petroleum engineer with a well-established career for example, you could be earning in the realm of $175,500 per year. Nuclear engineers are looking at a salary of around $127,500 midway through their careers and marine engineers at $123,200.

The U.S. is known for producing some of the best engineers in the world, who gain top degrees at some of the most prestigious American universities. Though a bachelor's degree is the standard engineering qualification, for particular engineering jobs some employers may require a master’s degree or, occasionally, a doctorate. All engineers, in any discipline however, must pass a licensing exam if they offer services directly to the public.

Want to know how you can get in on the action? Read on to learn about 10 of the highest engineering salaries and most interesting engineering degrees and where you can go to study them.

What does it involve? Civil engineering graduates are in high demand and are expected to continue growing by 6% starting back in 2018 through 2028 according to the US Bureau of Labor Statistics. Every big (and small) city needs roads, bridges and transportation facilities, and this is where civil engineers come into play.

Civil engineers build all sorts of infrastructure and they can also do their bit for the environment too by designing and implementing environmentally-friendly projects. Depending on where you’ve studied, where you decide to work and what projects you take on, being a civil engineer can be a great career that combines giving back to the community with a decent paycheck.

What does it involve? The work and salary of a mechanical engineer varies greatly and can include anything from small assignments to the development of large plants and vehicles. Mechanical engineers are needed in most industries and can be involved in all aspects of a project from research and development to manufacturing, management, and production.

What does it involve? Computer engineering is a relatively new field of engineering. IT professionals get paid generously for their labor and employers are prepared to pay even higher salaries for college graduates. As we embrace the Internet of Things and other advances in digital technology, computer engineers are becoming more and more integral to the world in the context of the 4th Industrial Revolution.

What does it involve? Aerospace engineers work with multidisciplinary teams to design, develop and test spaceships, aircraft and missiles, tapping into knowledge that spans aerodynamics, avionics, propulsion and materials science. A senior aerospace engineer usually has many years of experience across various engineering industries. At this level, aerospace engineers usually supervise other engineers and may be responsible for major projects both military or civilian. Again, as space exploration advances and commercial space travel becomes a reality, this is a sector ripe for graduates.

What does it involve? Electrical power engineers are responsible for generating electricity and transferring it to the various distribution networks. They then must ensure its proper delivery to the millions of businesses and homes that require it. In most projects, a power engineer must coordinate with civil and mechanical engineers, environmental experts, legal representatives and financial liaisons.

Even as you read this, you are completely reliant on the steady flow of electricity that is facilitated by the skilled people that work in power engineering. It is without a doubt an extremely important and current (no pun intended) industry in which to get involved. 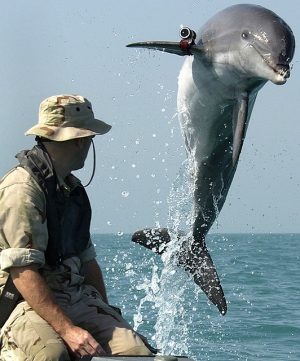 What does it involve? Marine engineering is another highly paid field that is less common than other majors. Only around 500 people a year get degrees in this discipline, which makes you stand out from the engineering industry crowd.

What’s more, the job outlook for marine engineers is positive, especially in places like California and coastal states. The field has an expected job growth rate of 12% between 2016 to 2026. It involves the engineering of ships, boats, oil rigs and any other marine vessel or structure, as well as oceanographic or ocean engineering.

What does it involve? Chemical engineers are typically employed in the areas of manufacturing, research, design, and development. They work not only for chemical companies, but also in the manufacturing of electronics, clothing, paper, drinks, oil, gas, plastics, medicine, and food to name just a few. It’s one of the most popular and best paying engineering degrees, with over 10,000 students getting undergraduate degrees every year.

What does it involve? Nuclear engineers derive benefits from radiation and research and develop systems, equipment and tools for transferring nuclear energy for various good causes, for example, like medicine and industrial engineering. Their services are highly sought after but it’s not a risk free career due to the innate nature of what’s involved.

Around 500 students a year obtain undergraduate degrees in nuclear engineering. The expected growth rate for this field during the period 2016-2026 is just 4%, but it’s still a very profitable career to embark upon.

Petroleum engineers search for natural reservoirs of petroleum and then help recover it for subsequent use. If you are considering studying this type of engineering, then knowledge of chemistry, math and geology are essential. During the 10-year period from 2016 to 2026, this occupation is expected to have a growth rate of 15%. That’s more than twice the projected all-occupation growth rate. All of this makes Petroleum engineering the highest paid engineering field in the world! 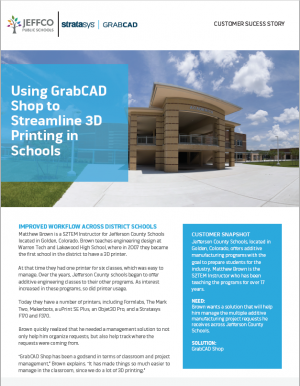