The Need for Cloud-Based CAD Software

Do you work with CAD at the office but wish you could use it online? You’re not alone. According to a 2017 survey, close to 40% of CAD users at architecture, engineering and construction companies were interested in using CAD over the cloud but could not for various reasons.

Two years later, and still none of the major CAD vendors offer a complete cloud-based CAD solution. What’s behind this reluctance on the part of CAD providers to make their offerings available in the cloud?

First Up – What is the Cloud?

Now, cloud software doesn’t really live up in the sky; the cloud describes a software application that resides on the vendor’s servers which you access over the internet - rather than on individual desktop computer or your company’s servers.

The NIST, the USA’s National Institute of Standards and Testing, has a precise definition of what counts as the cloud:

The cloud is now widely understood by consumers and businesses alike – people store most of their photos online, and businesses store billions of documents in cloud servers too. Plus, there are many enterprise apps which have sprung up and exist exclusively in the cloud – from word processors and spreadsheets to productivity tools like Slack, Trello or Evernote.

So, why can’t you get your CAD software in the same way?

The Hesitation Behind Cloud-Based CAD Software 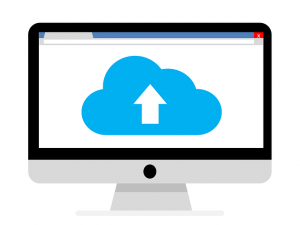 Here are six major reasons why you can’t get your preferred CAD software on the cloud:

1. The software makers may not be convinced of the market opportunity

Executives in the CAD industry have historically been conservative when it comes to new technologies. Take early CAD innovator Computervision who fizzled out in the late ‘90s. The company rejected a new venture proposal for a low-cost system that would combine a computer and terminal into a single, integrated system - a concept that was like Silicon Graphics’ engineering workstation that went on to widespread adoption. This risk-averse attitude prevents cloud adoption.

CAD vendors may fear that if they move to the cloud, they will ‘cannibalize’ their higher-priced offerings. If customers can get it cheap on the cloud, why pay the vendor for a more expensive offering?

While this fear is understandable, it’s worth remembering the old Steve Jobs quote: “If you don’t cannibalize yourself, someone else will.” And then look at Microsoft – with Office 365, they began making many of their traditional money-earners available online and are reporting huge revenue growth.

With a self-service cloud offering, CAD vendors will overnight be able to sell directly to small and medium-sized companies. This cuts out the middleman. That’s a great benefit, but vendors fear that this will upset their channel partners.

Once again, this fear may be unfounded. Looking at Microsoft’s model with Office 365, their thousands of partner businesses have continued to profit from various value-added services they can bring to the cloud.

4. Dilution of the software business model

Owners and investors in CAD vendors – a high-margin business model – will balk at a low-priced cloud CAD offering. They fear that low price equals low margin, yet this completely ignores two facts. The first is that a self-service offering all but eliminates the number one cost of CAD vendors: sales’ salaries and commissions and channel costs. And since their CAD software development is already paid for, there’s no additional R&D expense.

5. Lack of cloud capabilities and DNA

Developing and selling software vs providing a high-quality cloud-service are two entirely different skills. It’s the difference between a “one time right” organization (developing the software to get it out of the door”) and a “zero times wrong” (keeping the services up and running 24x7). Many other software vendors have therefore outsourced this to companies like Rackspace.

6. Perceived high cost of running CAD in the cloud

Many CAD providers’ initial cloud offering have experimented with Fra.me technology and the big public cloud providers (AWS and Microsoft Azure) for their underlying technologies. The problem is, using these services to deliver CAD costs up to $1800 per year. With OnShape charging $1500 for its online CAD product, it’s clear that CAD vendors wonder how to compete on price with OnShape whilst not going bankrupt.

CAD Providers Need to Give Customers What They Want

As we’ve seen, there are plenty of reasons CAD software providers are reluctant about the cloud. However, while some of their reasons are understandable, they ultimately need to listen to the market and give customers what they really want - anytime, flexible and remote access to CAD technology.

And the barriers to entry are lower than ever – with ‘born in the cloud’ CAD re-sellers like designairspace offering much lower monthly fees for CAD in the cloud (as little as $49 per user per month) while also running full-blown CAD-as-a-service in the browser.

To see how it works, start your free trial here today.

Len works with designairspace as a content creator. He has 5 years experience in writing on tech, engineering and science subjects for a wide range of publications and websites.