3D Printing is the Affordable Housing Solution in Some Regions 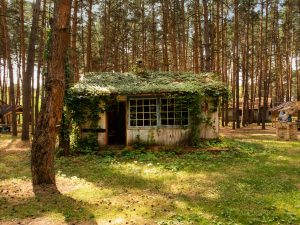 As 3D technology continues to grow and expand, we continue to see its remarkable benefits and how it solves a myriad of problems. One such issue is affordable housing.

In some nations, populations are greater than the capacity of housing. But what further complicates the socioeconomic equation is that economies don’t always support citizens from having suitable homes of their own. Homes in places like Asia and South America can be too expensive, given the dynamics of supply and demand.

Now with 3D printing, affordable housing can become a reality for many who otherwise would never be able to live in decent homes.

Reuters reports that a critical shortage of affordable housing in many parts of the world has promulgated innovative solutions via 3D printing. In areas such as Hong Kong and El Salvador, they are fabricating components such as pipes and containers as part of the home structure.

According to the United Nations, at least 150 million people (about 2% of the world's population) are actually homeless. However, about 1.6 billion people (more than 20% of the global population) lack some form of adequate housing.

How 3D Printing is Helping

A U.S.- based nonprofit called New Story works with a construction technology firm called ICON; the collaboration has resulted in the development of a 3D printer that can print a 600- to 800-square-foot home in less than 24 hours at a cost of $4,000.

The homes, they report, are expected to last as long or even longer than standard concrete ones. A durable 3D printer can work under very rigid and rugged conditions, including irregular power and water supplies, which might be common in some of the environments that they serve.

Such conditions have posed challenges to traditional home-building and deterred builders from taking on the infrastructure challenges of building homes where conditions might be too harsh.

Now, innovative solutions are being explored as a solution. More specifically, countries are turning to additive manufacturing and the flexibility of 3D printing. They're prototyping these 3D-printed homes in El Salvador and plan to partner with other nonprofits and governments around the world as they develop proof of concept and learn from the initial homes that they built.

The project doesn't necessarily wait for construction technologies to take hold in some of the developing nations. Instead, the technology can be brought to them with just a 3D printer that's able to fabricate the homes.

They call it a powerful tool towards ending homelessness, and indeed it seems to be.

3D Printers in the Architecture Industry

Using 3D printers in architecture is not entirely new, as it's currently being used around the United States. New Cities, Future Ruins (NCFR) is a four-year initiative that invites artists, designers, and thinkers to engage in some extremes of urbanism in America's Western Sun Belt.

Two married architects put their skills to work using a 3D printer to fabricate structures that could be used to provide shelter in some of the geographic regions that this urbanism focused on. The architects were profiled in a New York Times article that called them "the Lewis and Clark of the digital building frontier."

3D printing has also been used to put up structures by the military, as well as provide structures in a disaster area where new housing and shelter are needed immediately at a moderate cost. While these efforts have been successful, overall the entire movement is in its infancy and continues to be developed.

Nowadays, 3D printing is all about solving problems and affordable housing is one that it's helping to solve. As large-scale 3D printing becomes further developed by innovators and design thinkers who can solve problems with the technology, it's going to be a more critical component in construction.

It also serves a very important social function that benefits humanity in a big way.