Women in Tech: Stats Tips and More from the Super Women Themselves

Women have come a long way when it comes to securing their seat at the table. With fourth wave feminism continuing to galvanize women and girls worldwide, the possibilities for empowerment and independence are on the rise.

So, how are women making their mark on the tech industry specifically?

The digital economy, also on the rise, makes up 15.% of global GDP, and has grown almost three times faster than global GDP over the past 15 years. Women are demanding more equality in the workplace generally, and that includes in the up-and-coming arena of tech. 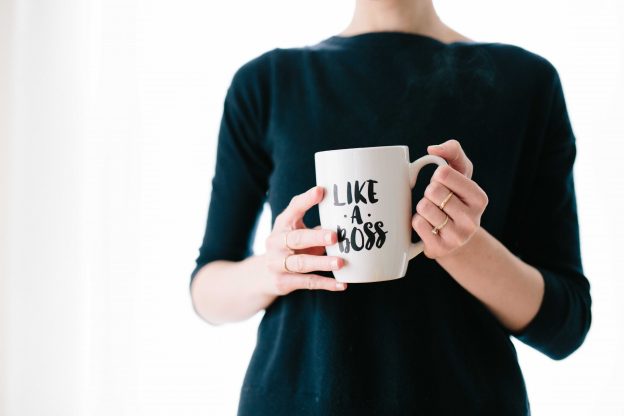 The data shows women’s intrinsic value to corporate success and 74% of school age girls express a desire for a career in STEM fields.

The sky’s the limit then, right? In theory, yes. However, at present, the statistics also show women still have a long way to go:

Some of the bigger tech companies are addressing the discrepancy and are making efforts to close the diversity gap. Facebook, for example, has seen a rise in female employees from 31% in 2014 to 36% in 2018.

The Super Women of Tech

While the above stats are somewhat disheartening, we are seeing improvements. Furthermore, there are a number of high powered female tech geniuses ‘doing their bit’ to ensure that women are inspired from a young age to enter the tech world, as this will be absolutely key to the future of women in tech.

These super women are galvanizing a whole generation of women to take the sector by storm:

We need to continue to show young girls and women that they could be the next ones to invent the next multi-billion dollar social platform, app or device. Let’s hear from some of the women who are leading the way in the industry.

The technology community is full of women who validate the growing body of research showing that women are an essential component of driving high growth in technology.

This is something Amy Cox, Software Engineer at Civica sees as vital:

The world we live in is diverse, and the tech industry needs to match this, otherwise how can we build and develop products that meet the requirements of the public today and in the future?

So, how do we get there?

Kasee Bailey of Dreamhost says the most important thing to do is focus on creating opportunities for the women of the future:

While we certainly want to change the current state of things for women in tech, a big part of our job is forward-facing: to create a positive environment for future women and girls. It’s not just about closing the gender gap — it’s about education, empowerment, and evolution. The opportunity (and responsibility) to drive change for the future lies on our shoulders.

My advice to women and girls looking to pursue a STEM career is to take all opportunities they’re given, and to look for opportunities outside of work or education to develop their skills and knowledge. There’s a plethora of information, events and free conferences (many aimed exclusively at women) out there – so don’t be afraid to get involved.

What Challenges Lie Ahead

Education
Gillian Tans, Booking.com CEO, says the problems are multifaceted and Education is one area that needs to be addressed:

There is an urgency needed. The biggest problem is in education, and I think that is probably the first area that we need to think about because there are not enough women taking the studies that are needed for the future. Girls may be enthusiastic about a career in computer science. But obviously, not many of them follow that dream.

Motivated to start learning? Check out:

According to a survey, 48% of women said the reason they are under-represented in technology is due to a lack of mentors, whilst 42% said the lack of female role models in the industry negatively impacted their equal representation in the workplace.

Tracey Welson-Rossman, Chief Marketing Officer of Chariot Solutions and founder of TechGirlz explains how perception is one area that needs to be addressed:

The first step is helping [girls] understand that ‘tech’ does not mean coding or software development...[since] nearly every career touches on tech in some way. So being a woman in tech can range from robotics to gaming to mobile to online marketing. We need to reframe the conversation of what it means to be a technologist so that more girls can get excited and embrace a career in the field.

What You Can Do

Diversity among employees is always going to be of benefit because it allows for multiple points of view to inform decision making, thus reflecting the multifaceted consumer landscape.

If you are a leader try to do the following:

Looking for women in tech events? The Women in Tech East Coast conference is NEXT WEEK in Boston! Also, follow Women in 3D Printing for more events related to additive manufacturing!