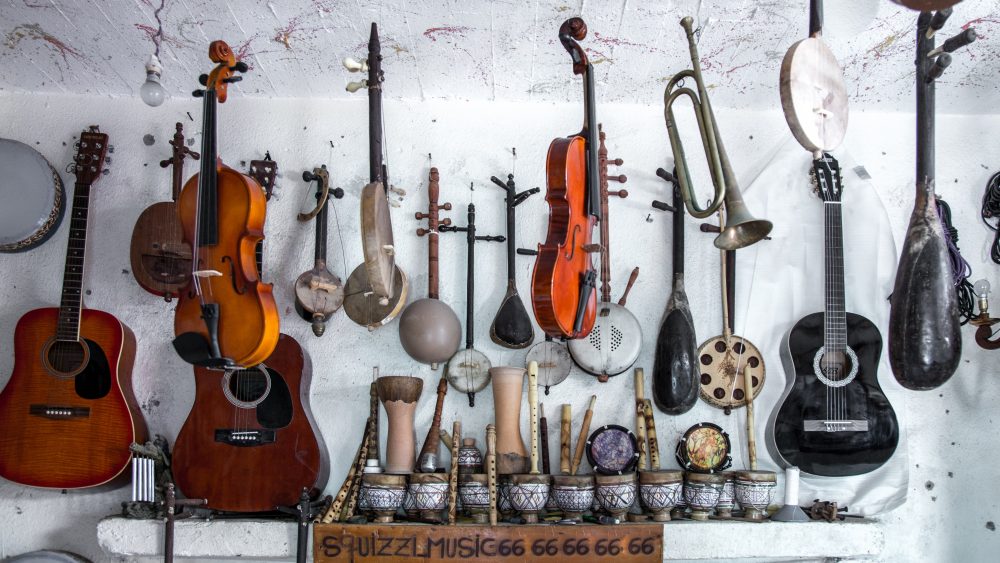 3D Printing and the Music Industry

3D printing technology is now used in almost every major industry, but how exactly is it galvanized in the music world? This may not be a sector you’d immediately associate with additive manufacturing, and yet there are some interesting ways in which the technology is being harnessed.

3D printing is a viable alternative to traditional subtractive manufacturing, since it encourages innovative designs, the use of unique materials, faster lead times and an even greater scale of mass production.

Within the arts at large, 3D printing is making its mark in areas such as fashion preserving history, film making and sculptures. The most common and well known commercial collaboration of 3D printing and the music industry tends to be in creating musical instruments such as ukuleles and guitars.

Indeed, there are companies that exclusively make 3D printed musical instruments and products, including Oddguitars, Monastudio, and 3D-Varius.

Then there’s the instances of 3D printing instruments within the hobby community. However, we’re now seeing 3D printing be utilized for the production of headphones, speakers and microphones, among other things.

What’s more, larger companies within the music industry are increasingly beginning to look to 3D printing and what it can do to further their success.

The benefits of using 3D printing within the music industry

There are numerous benefits to a 3D printing and music industry ‘collab’. To name but a few: Ordinarily, musical instruments are relatively expensive. However, 3D printing can make them more affordable whilst enabling the musician to tailor the instrument to their needs.

Various instruments can be 3D printed, from guitars and flutes, to pianos and violins.

To date, most speakers have been presented as simple cuboid structures, restricted by traditional manufacturing design limitations. However, sound waves are not able to travel optimally from a cuboid speaker enclosure.

The 3D printing of speakers gives companies the chance to quite literally ‘think outside the box’ and create newly shaped, potentially smaller, more visually appealing and more sonically rich speakers for the market.

UK based industrial design company, Node, created the HYLIXA speaker (which comes as a set of two) and hits those very targets. Smaller than a traditional cuboid speaker with the same capabilities, it features a Helical Transmission Line which enhances the overall sound, in particular any base frequencies.

“[The speaker] has almost a ceramic-like quality to the touch, which helped us both structurally and sonically. As designers, we could freely exploit SLS production to create the internal structure, but also design something that looked as beautiful as it sounds.” Armadillo headphones: Ultra foldable headphones that protect damage to the ear-cups when not in use. 98% of the headphones can be created via 3D printing. No screws are needed to assemble the Armadillo Headphones (the parts all snap together to form a solid product). The design works with PLA, ABS, and all other plastics that are sufficiently flexible and strong. Can be adjusted to four different sizes once made. Option to build these using an at home 3D printer.

Moondrop Blessing 2 earbuds: The buds have high transparency, hardness and precision. Accurate seal within the ear for greater control over internal or external sound filtering and resonance.

Print+ headphones: At home 3D headphone printing kit that consists of the electrical components such as speakers, push button remote, mic, cushions, audio cable and headband. All you need to do is print the plastic components. No screws, glue or soldering required for assembly. Option to tailor headphones to the design, material and color you like. With the headphones being produced on demand, production is made sustainable through the elimination of waste from overproduction, pollution from transport and faster turnaround times.

Print+’s founder Patrick Schuur explains the ethos behind the product: “The core idea of print+ is to inspire people to move away from this wave of hyper consumption to one in which we connect with our goods through being their producer. By producing ourselves we in turn gain the ability to fix them, upgrade them and appreciate their functionality.” 3D Printing is impacting the music industry in numerous ways. The creation of instruments, speakers, headphones and even microphones via additive manufacturing is providing more opportunities for greater efficiency, increased personalization and greater innovation within the music sector.

Most industries that have integrated 3D printing into their manufacturing processes have made revolutionary steps forward in terms of production efficiency, product quality and opportunity for growth at scale. The music industry is therefore no exception and the implications for the future of design within the sector are enormous.