Aluminum alloys like AlSi10Mg are relatively strong. They are also hard enough to be used for a variety of components in motor racing, automotive industry and general engineering. Historically, AlSi10Mg has found a niche among lightweight and thin walled casting parts or any casted and geometrically complex components subjected to moderate loads. 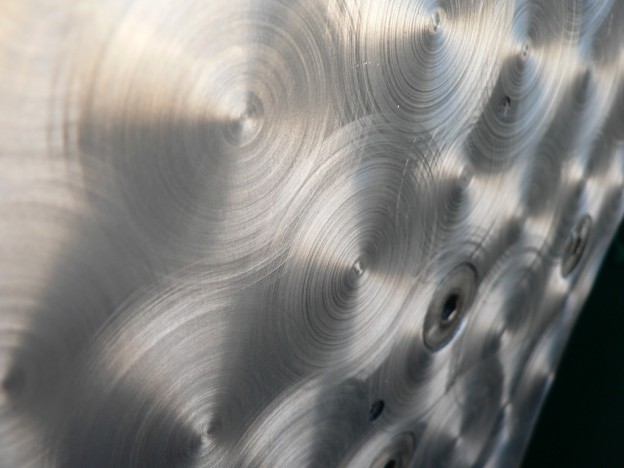 Which high-end applications are the niches of aluminum alloys?

AlSi10Mg is a great choice since it offers to lightweight components an economic alternative to titanium whenever critical fatigue or high mechanical loads are not expected. Moreover, this aluminium alloy is also relevant for components undergoing high heat fluxes and whenever performance gains involve high cooling rates. This is obviously the case in motor components of racing cars or motorbikes, for example.

As a consequence of the high thermal diffusivity of aluminum, this alloy is extremely appealing for heat exchanger parts.

Applications of aluminium alloys are numerous and other applications include components housings, ductwork and a lot of engine parts, molds or production tools.

Finally, an additional advantage of AlSi10Mg, and not the least, is the flexibility of this alloy in regard with post-processing whenever an application requires it. It includes finishing machining, welding, spark erosion, polishing, micro shot-peening, and coating).

What about the metal additive manufacturability of aluminum alloys?

Aluminum alloys are materials which are notoriously difficult to cast or weld. Their naturally high reactivity with the environment favors their oxidation and the moisture pick-up promotes pores formation during solidification.

AlSi10Mg is relatively easier to cast because of the near eutectic composition in the Al-Si phase diagram (with melting temperature around 570 °C). Physics behind SLM is not so different and this explains why this alloy is also the most used aluminum alloy in laser melting techniques.

However, with the necessary expertise, laser melting process has already proved capable to produce complex AlSi10Mg structural parts with a density nearing 100%.

Eventually, a fine and defect-free microstructure is the fundamental requirement to guarantee mechanical properties comparable or above those casted parts.

Among other mechanisms, porosity is one that has to be addressed whenever one intends to obtain high-quality aluminium parts from laser melting. Indeed, porosity reduces strength and drastically impairs fatigue resistance.

What types of pores form in aluminum laser melted parts?

Pores themselves never tell the full story. Two parts could have the same amount of porosity, but caused by different types of pores.

Pores can be categorized either as metallurgical or keyhole pores

Keyhole pores have a random, rather irregular shape and a large size (above 100 μm). They arise from keyhole instability, which is attributed to rapid solidification of the metal without complete filling of gaps with molten metal.

Metallurgical pores, however, are known as hydrogen porosity or gas porosity. They have a spherical shape, a small size (below 100 μm) and are created at relatively slow scanning speeds from gases trapped within the melt pool.

How does hydrogen end up in the melt pool and eventually, in pores?

Several mechanisms are operating together or independently to increase the likelihood of having gas in the molten pool of liquid aluminum alloy. Because most often, the gas is actually hydrogen, hydrogen pores are a main concern for aluminum laser melting.

A few mechanisms were identified to explain the presence of gas in the molten pool:

Depending of processing conditions, the gas will either escape the melt pool or remain trapped and form gas pores in the metal after it solidifies.

How to mitigate porosity formation during SLM processing of aluminum alloys

To obtain AlSi10Mg parts fully dense with selective laser melting (SLM) is possible but not easy. The gap between an acceptable part and part of exceptionally high-quality depends of one’s ability to mitigate porosity formation and obtain the proper microstructure.

This is why expertise matters, because it takes one to see the big picture and care about:

It starts with having the right quality of powder feedstock, ideally gas-free atomized powders

Powder particle by atomization processes such as plasma rotating electrode (PREP) will contain much less gas than any gas atomized powder feedstock.

Then, storing and handling powder properly

Moisture is picked up at the surface of powder particles during production, storage or handling of the powder feedstock. It decreasing particles flowability and hinders the homogenous deposition of thin powder layers.

To minimize the contact of particles with atmosphere and moisture pick-up, storage conditions have to be stringent. Inert atmosphere or a vacuum are recommended options.

In some cases, powder conditioning methods may help

In some cases, when storage under inert atmosphere is not practical, for example for large powder quantities, three methods can reduce moisture contents.

For external drying, powder is placed in a furnace at constant temperature. This method may significantly reduce the porosity. Only alloy’s sintering temperature limits the furnace temperature.

Such drying of the powders eliminates the water adsorbed at their surface, but doesn’t decompose the hydroxides, so it does not allow to eliminate hydrogen porosity completely, unless the powder are dried in vacuum at higher temperatures (~300°C).

After powder recoating, the layer is scanned at low power to remove excess moisture by allowing the H20 to react thermally with laser radiation and crack into H and O elements into the building chamber before being extracted by the venting system.

It’s about getting the right melt pool

The convective flows in the melt pool take place only over a certain timescale and, as a consequence, the time taken by the molten pool to solidify is of significant importance.

For instance, the growth of hydrogen pores is driven by the hydrogen diffusion and accumulation into the pore; therefore, the melt pool lifespan strongly determines the final pores size.

Even though it solidifies quickly, the melt pool is far from being static. It is subjected to intense recirculation of liquid metal currents, whose intensity varies with temperature gradients, surface tension gradients, etc.

Therefore, the hydrogen intake in the melt pool is influenced by these convective flows. For instance, a current that will drive molten metal towards the surface will favor outgassing the hydrogen. It will limit pores formation. By contrast, if the current redirects the melt liquid towards the inner center of the melt pool, it will rather enrich it with hydrogen and increases the probability of pores nucleation once the solidification front passes by.

Overall, these mechanisms and the processing parameters largely determine the porosity and pores size.

Keyhole pores enclose non-molten powder and their formation is parameter-dependent. Irregularities on the surface, such as balling, that occur with increasing scan speed promote the capture of powder that is not fully melted by the laser beam scanning the following layer; hence a keyhole pore is created.

The combination of high power and low speed creates a large melt pool that is difficult to control and may lead, at worse, to a balling effect of the melt metal and damage the powder distribution system.

And re-melting layers as much as possible

Altering the scan strategy to scan the same layer twice helps prevent the formation of keyhole pores. Indeed, a double scan at high speeds (pre-sinter scan to flatten the surface before the second scan) is a better alternative to solely reducing the scanning speed, since the latter introduces metallurgical pores.

Likewise, it is recommended to set a thinner hatch space so that heat accumulates in the melt pool, allowing a slower cooling of the layer. It results in a homogeneous and continuous layer. 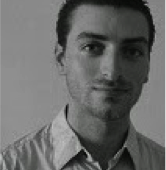