Have we built a better engineer yet?

In our continuing series on the use of 3D printing in education, we turned to Michael Tarkanian, Senior Lecturer at MIT, and director of the school’s Merton C. Flemings Materials Processing Laboratory. It’s a metals processing facility that includes a forge, foundry, and welding. 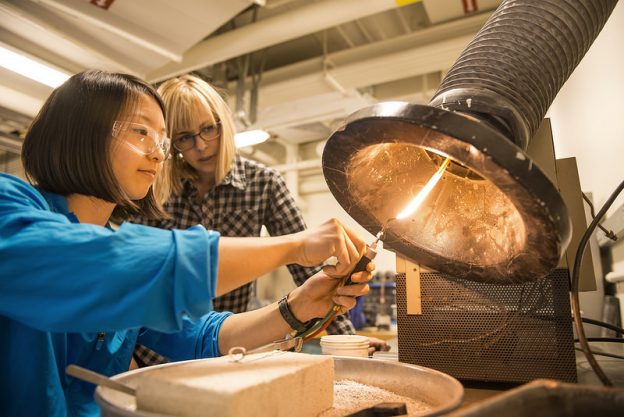 He gave us his take on how today’s students are different than those in years past, and how digital mastery is helping some compensate for lack of hands-on experience. And he shared his thoughts on why we may have to wait a generation to see the full potential of 3D printing.

We jumped right in and talked about the current state of play.

I think we are training different engineers. But also, the toolkit has changed. In the 1970s engineers were probably as a whole, better with hands-on skills, but their world wasn’t computerized. You couldn’t run a FEA model of a part and see how it performs. You had to use hand calculations and prototype by hand.

But even though the process has changed to keep pace with the realities of the world, the science is the same.

Lawnmowers and toasters were designed to be fixed, not to be cheap and disposable. So the people that grew up to be engineers had completely different life experiences than current students have had. But the end results are often the same, and the underlying physics are the same.

When asked what the biggest benefit of additive technologies in the classroom offers, Tarkanian says that it allows those students with limited hands-on skills to make real engineering hardware. “That’s a powerful thing for them — many students don’t really know how to build anything in the traditional sense, but they know how to make CAD models. They hit print and get a part.”

This plays on the strengths of these digital natives, and enables them to create in practical settings.

I run a materials development contest over the summer, and I have a team of students that are great digitally — they’re building a portable spectrometer. They are fantastic coders, and really good materials scientists. They drew a CAD model of a case for their spectrometer and 3D printed it in ABS. It looks and it functions like a real product.

Another example of getting students engaged comes from a class Tarkanian helped out with recently.

Last semester a group of mechanical engineering seniors were building a 100-year-old marine engine from scratch, just from the paper plans. We cast a lot of parts with them, and for each part they would print an ABS pattern for sand casting, and we cast iron and bronze for the boat engine — piston, cylinders, pump bodies, etc. It was great. 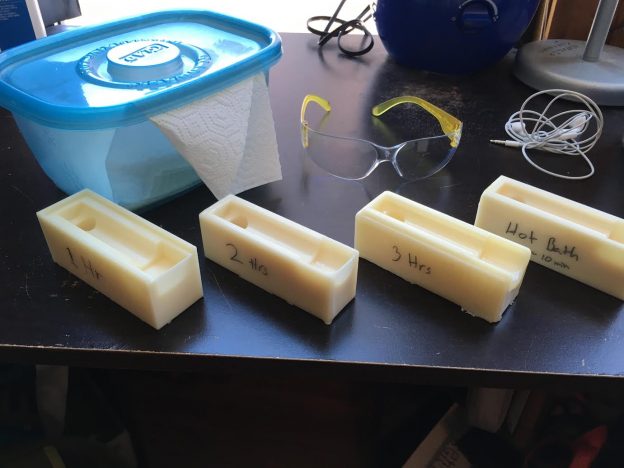 The ability to create a functioning part (or vintage boat motor) represents a seismic shift in the opportunity for today’s students, “This would have been impossible in the past with students at this level of hands-on skill,” Tarkanian says. And that seems to be the way progress works, coming in ebbs and flows. 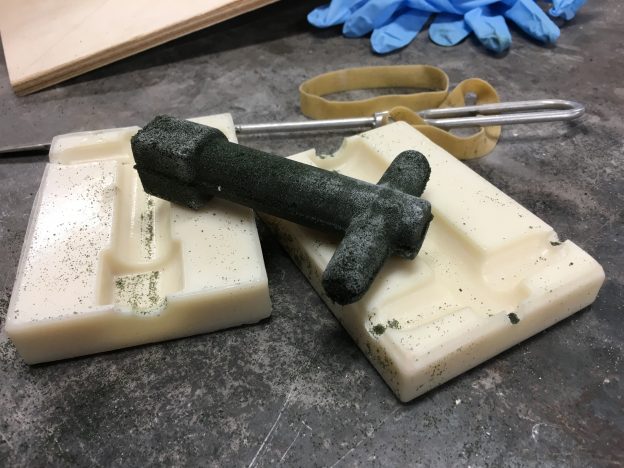 Students decades ago would have had the hands-on skill from tinkering with lawnmowers, but they may not have had the innate digital skills to understand CAD or 3D printing with such proficiency. Students today understand digital (but not all have traditional skills) so they can start, plan and build products with just a keyboard. Tarkanian explains the potential risk, “Many students never get any real hands-on skills — how to use a mill or a lathe, hacksaw, or hammer.”

"Get your hands dirty and build stuff"

Not knowing how to use a hammer? Tragic. To make sure this doesn’t happen, MIT has emphasized “making” in its curriculums – a term that gets thrown around a lot lately.

Whether that is machining, coding, sewing, blacksmithing, it doesn’t matter. Get your hands dirty and build stuff. You have to make an extra effort to do it in 2016 because it’s easy to avoid.

Students have the chance to get their hands very dirty in Tarkanian’s freshman blacksmithing seminar and IAP course, “it’s amazing the metallurgical concepts you can teach through blacksmithing, and the level of practical knowledge students absorb doing something as “old fashioned” as forging metal. It’s an important teaching tool.”

He feels that learning these skills makes one a better engineer,

So more and more students are getting the hands-on learning to balance their digital strengths – problem solved, right? Not quite. Because Tarkanian has seen a slight glitch in practice,

People with strong traditional fabrication skills design 3D printed parts as if they’re designing for traditional manufacturing, and they’re not.

There’s an opportunity that’s being missed he says,

I think sometimes people are encumbered by their engineering knowledge. They’re often wasting the capabilities of the 3D printer — they’re designing and 3D printing a part that a professional would turn on a lathe or machine on a mill.

He says that if you’re going to go the 3D printing route, maximize it.

They’re not running FEA and figuring out whether they can remove more material and get the same performance, or make the surface of their part an open lattice rather than a solid.

He wants to avoid turning additive technology into a convenience when its real power lies in the ability to do things that no other manufacturing process can.

But for now, we’ll have to settle for evolution rather than revolution, as Tarkanian believes the real potential lies much further down the road. “It will be interesting to see how part design changes over time when the children that are born now grow up with 3D printing being normal and omnipresent.” By then, maybe 3D printers will be ubiquitous and we’ll pop out prints as casually we drop a slice of whole wheat into the toaster.