Head injuries are undoubtedly the biggest threat to the NFL. The helmet designs, which have stayed pretty consistent over the last 60 years or so, haven’t helped. But there’s a new kid on the block in the helmet world and it’s got everybody talking.

The VICIS’s ZERO1 helmet, which demonstrates “significant reduction in impact forces,” will be worn by around 70 NFL players this season. Earlier this year, it was rated No. 1 for reducing head impact severity by the NFL and NFL Players Association. I sat down with one of its designers to talk through the design process, development challenges and working with the NFL to bring this ground-breaking product to fruition. 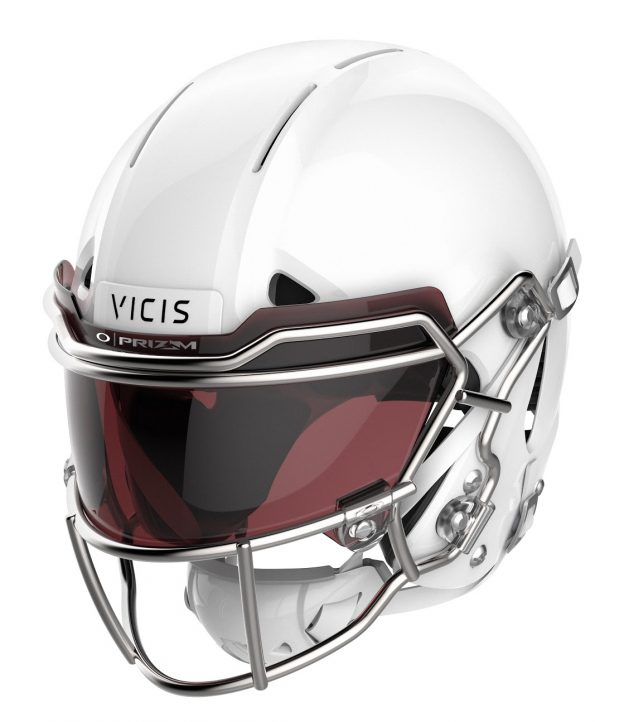 The VICIS ZERO1 uses its helmet technology to address the rotational forces often found in concussion cases, in addition to the linear impacts a player experiences.

Why is the New Technology Necessary?

In a recent study, signs of chronic traumatic encephalopathy (CTE), a degenerative disease found in people who have received repeated blows to the head, were present in 99 percent of deceased NFL players' brains that were donated to science.  What’s more, in 2016 alone there were 244 diagnosed concussions in the NFL – close to the average over the last five years.

So, the new technology is not only a long time coming but very much needed if the health of the sport is to improve and effectively protect players from avoidable head injuries and life threatening brain trauma.

“Pediatric neurosurgeon Sam Browd [one of the co-founders of VICIS] thought of redesigning the football helmet in 2013 because he was tired of telling kids their athletic careers were over,” explained the designer from VICIS.

“Along with Per Reinhall, an engineer, and Dave Marver, former CEO of the Cardiac Science Corp., VICIS’ mission was to make the football helmet safer. The three started VICIS that year.

“The football helmet hasn’t experienced substantial updates to its technology since the 1960s, and most energy in addressing the concussion issue was being put toward sensors and sensing technology.

“VICIS saw an opportunity to develop technology that may help reduce the risk of concussions or other injuries, and starting at the helmet made the most sense.”

How Does the Helmet Work?

Each $1,500 VICIS ZERO1 offers four different layers of protection. The outer layer compresses to absorb, then rebound shock. Polymer columns below move in different directions to similarly absorb and reduce shock. A hard inside layer prevents skull fractures and brain bleeds. Then, the layer of memory foam closest to the head provides comfort.

“The ZERO1 uses its helmet technology to address the rotational forces often found in concussion cases, in addition to the linear impacts a player experiences,” the designer explained. 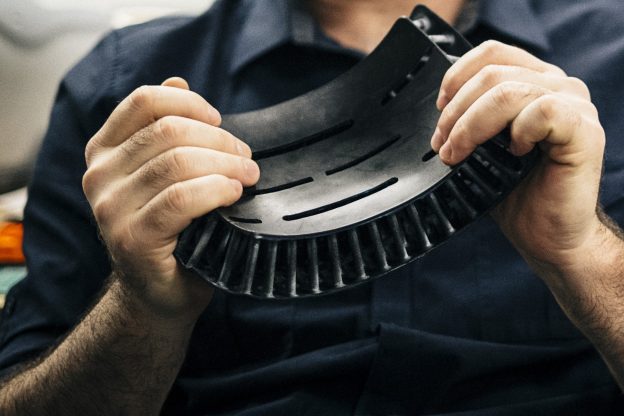 The VICIS ZERO1 helmet was designed to absorb impact like a car bumper.

“VICIS tackled the issue of rotational forces with dozens of columns inserted in the ‘reflex layer’ of the helmet, the layer below the hard outside ‘lode shell.’ During impact, these columns bend, compress and move, absorbing much of the incoming force from all directions.

“The helmet's structure is specifically designed to mitigate the hits that cause the head to rotate around its center axis, known as rotational force, which science suggests plays a big factor in concussions.

“Concussions occur from the rigorous movement of the brain resulting from impact and we’ve modeled the ZERO1 helmet to act like a car bumper, bending to absorb most of the impact force, to help reduce these concussive forces,” said the designer.

How Was the Helmet Designed?

“The VICIS ZERO1 helmet was designed with a different approach and required a different group of people to produce,” the designer explained.

“The company recruited neurosurgeons, concussion specialists, and former NFL team physicians to reimagine the design of the football helmet. Once designed, prototypes of the helmet were made with 3D printing in order to efficiently make the appropriate alterations that typically take three weeks in a day or two.”

The main challenge for VICIS was proving that the helmet worked.

“If it failed in tests or performed comparably to competitors, there is no innovation made,” the designer said.

“To test the helmet, VICIS developed the Smash Lab, where every helmet must meet the standards set by the National Operating Committee on Standards for Athletic Equipment (NOCSAE). The same testing equipment the NFL and National Football League Players Association use can be found in the VICIS Smash Lab to make sure the helmet meets the standards set by the NFL itself.”

Working With the NFL

The NFL and NFLPA test any helmet that may potentially be worn during the upcoming season and release the performance results following completion.

“VICIS found itself at the top of the NFL and NFLPA’s table of performance results for 2017 and began working with teams interested in using the helmet this season,” said the designer.

“Helmets were sent to teams, and players have been wearing the helmet through OTAs (organized team activities), minicamp, pre-season games and now the ZERO1 is being worn by players this NFL season.”

Erik Kennedy, the Seahawks' director of equipment told ESPN: “What VICIS is doing is pushing the other manufacturers to make better helmets. And at the end of the day, that’s what everybody wants. They want to protect the players’ heads. And I think that, to me, is the better way. That’s what you have to do.”

Still, Kennedy has some reservations because of it being so early in the helmet’s testing phase.

“I like it, but I’m still not 100 percent sure yet because you haven’t seen enough testing on the field. With that being said, you’ve got to get there someday. Somebody’s got to push the envelope.”

Here are some of the other helmet designs that can be found on the GrabCAD Community Library.