There's no denying that autonomous tech is hot territory in the automotive industry. While most people wonder how cars will avoid other vehicles or pedestrians, some researchers thankfully haven't forgotten the dangers presented by animals.

Volvo has been one of the leaders in creating self-driving cars that can spot and avoid larger animals like deer or moose, thanks to its Large Animal Detection system. But, when the Swedes headed Down Under for field testing, they ran into an unexpected problem with kangaroos. The marsupials' jumping confused the system, exposing a weakness Volvo didn't know existed. 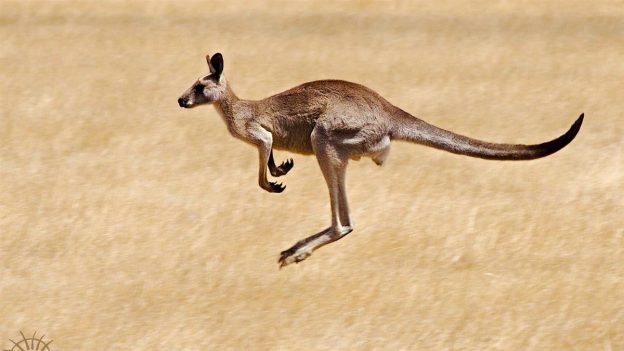 Although they might seem cute and cuddly, kangaroos actually pose a big problem to autonomous driving technology.

Even if you don't live in Australia, this problem should concern you. The kangaroo quandy has implications for autonomous tech around the world. It exposes that how vehicles process inputs from sensors needs to be constantly honed. This will help the public at large place full trust in the technology.

To people not in Australia, kangaroos might seem cute or intriguing, but they're responsible for most vehicle-animal collisions on the continent. Aussie drivers find them at best annoying, and at worse extremely dangerous. An adult kangaroo can weigh upwards of 200 pounds. That's enough to do serious damage to a car and pose a threat to the safety of anyone inside. Smaller roos still pose a risk, and that becomes tiresome over time.

It may seem strange, but Kangaroos throw Volvo's Large Animal Detection system as they jump. Once the animal is in the air, onboard sensors perceive it as further away than reality. To be honest, human drivers also find kangaroos to be difficult to predict, somewhat like deer in other parts of the world. Many Australians have hit kangaroos because they've seen the animal at the last moment, or they can't accurately predict the pathway one will take. Large Animal Detection doesn't do any better.

Large Animal Detection combines radar sensors to determine when an animal is nearby and its general location, plus a camera mounted behind the windshield to identify the creature. The system uses the ground as a reference point to help determine the distance of any animal from the car. That's the root of the problem, because as the kangaroo jumps, that changes. If you think about it, there are other animals that could jump near a car, presenting a similar challenge.

Volvo's upfront about the limitations of Large Animal Detection. It doesn't work if part of the animal is hidden from view, like a moose standing with its rear quarters behind a shrub. If the animal is moving quickly, like a deer running across the road, the system will fail to brake, since determining the pathway becomes almost impossible. The animal must be against a background that provides good contrast, otherwise the animal blends in too much, and the camera becomes less effective. At night, it must be illuminated by the car's headlights.

As a component of Volvo's City Safety suite, Large Animal Detection will continue to undergo changes and improvements in how it detects and reacts to animals. Once engineers master avoiding kangaroos, other challenges will emerge.

As the name indicates, this tech only works for big animals. While larger animals obviously present a notable safety risk, hitting a smaller creature can still be dangerous or tragic. After all, a porcupine can blow out a tire instantly. Even a household cat can be thrown up into a vehicle's wheel well, leading to serious body or suspension damage, among other risks. Some kangaroos fall into the small animal category, but they present a disproportionate threat.

Most people would rather safely avoid hitting any animal, no matter the size. In that spirit, Volvo's working on a small animal detection system that helps drivers brake before striking smaller critters.

Too often, the public in general thinks of autonomous vehicle technology as one day just being fully baked. The fact is, the tech will evolve and improve over time as weaknesses are exposed and novel situations come up.

The point is that automakers need to build flexibility into self-driving cars. Tesla has demonstrated the supreme usefulness of over-the-air-updates. They allow vehicles to evolve over time, like a smartphone. That kind of innovation will make self-driving cars safer, so they can deal with issues like jumping animals and win the public's trust more completely.

Are you a car enthusiast yourself? Check out some of the awesome car models found on the GrabCAD Community Library.