Artists around the world have been using 3D printing in their work. They recreate important pieces of history as contemporary replicas for modern-day exhibitions and viewing. This article summarizes some mind-blowing examples.

Vincent van Gogh, a great artist from the 1800s, is infamously known for cutting off his ear to give to a prostitute in 1888. He died shortly after. An american based artist, Diemut Strebe, took it upon herself to recreate this piece of anatomy. She collected DNA and cells from his living great grandson, Lieuwe van Gogh, and a stamp that Vincent van Gogh had once licked. She then worked with MIT to engineer a tissue material from the DNA and used a biocompatible 3D printer and software to print an exact replica of his ear. 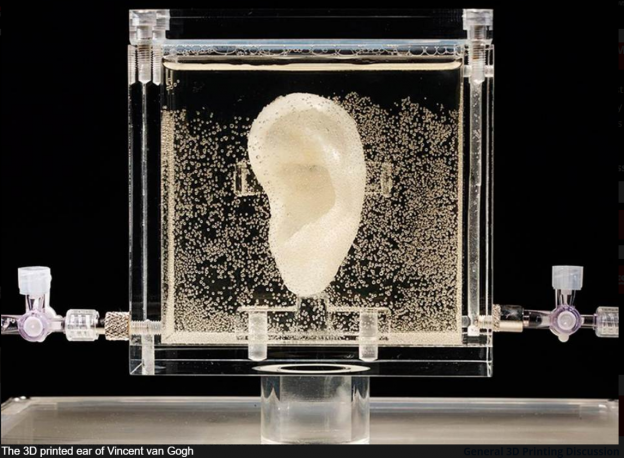 This piece of art, called ‘Sugababe’, drastically stands out at the Center for Art and Media in Karlsruhe, Germany, since it is alive! The ear is placed in a nutrient solution as shown above for nourishment. To make it even more impressive, visitors can talk to it and it can hear! The audio input is processed and converted into nerve impulses in real time. It, however, cannot respond.

More details about this crazy piece of art are available here.

King Tut’s Tomb - A Replica Fit For a King

Tutankhamun, an egyptian pharoah (died 1323 BC) became famous when his nearly intact tomb was discovered by Howard Carter in 1922. Dying mysteriously at the age of 18 after ruling for nearly a decade, King Tut’s tomb has been the most viewed, studied, and talked about in Egyptian history. However, due to the excessive research and archeological work, many were concerned over the preservation and degradation of this monumental piece of history. In 2009, a british artist, Adam Lowe, decided to recreate his tomb exactly, every inch for inch, with his company Factum Arte. The $690,000 project looked so authentic when it was complete that it brought tears to the eyes of an egyptologist, Salima Ikram. 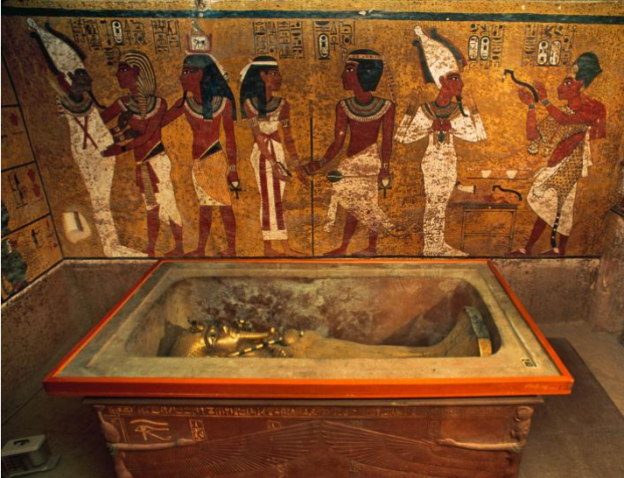 The exact replica was installed underground in the sand, next to the entrance of the Valley of the Kings, within a mile of the real tomb. It occupies the same size footprint of the original. The 3D printer was used for duplicating the painted wall scenes describing King Tut’s journey to the afterlife. Adam used an acrylic gesso as the material for wall skins, making multiple layers in a printer, until the color, tone, and sheen were an exact match. Once complete, they mapped and adhered the assembled skin to the wall in a vacuum bag for uniform pressure on the contact adhesive. The rest of the replica, namely the sarcophagus, the lid, and the wall itself were made using subtractive manufacturing techniques. More information about this project is here and the New Yorker did a post about the Factum Arte warehouse (the Factory of Fakes) here.

The Venus of Galgenberg

The Venus of Galgenberg is a Venus figurine of the Aurignacian era, dated to about 30,000 years ago. It was discovered in 1988. The figurine is in a dusky green color. The arm stretched in air gives the appearance of a woman dancing. It currently resides in the Museum of Natural History, Vienna along with the Venus of Willendorf. The curator fondly calls them the two "Old ladies." 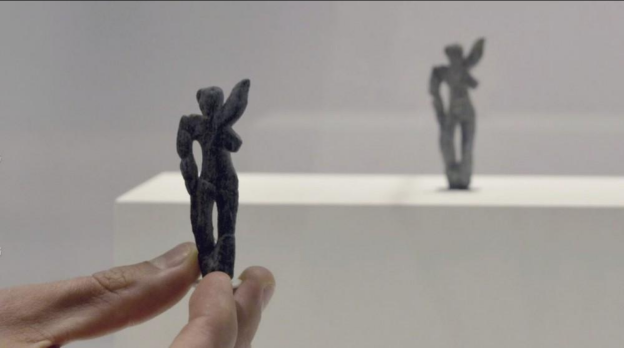 The Venus of Galgenberg.

As part of a joint venture with the Royal Museum of Fine Arts, Belgium, and a 3D printing company, Trideus worked together to scan and 3D print this model. The museum chose to include a modern recreation of this model in their exhibition 2050 - A brief history of the future, because of her age. It was scanned using Fuel3D technology Scanify.

Using Fuel3D software, the scanned data was highly detailed, duplicating every crack, chip, and variance in color on the original. It was then printed in sandstone using a gypsum-based powder 3D printer. The printer used a combination of binding material and colored ink to get the correct adhesion and color. The resulting level of accuracy and detail captured was pretty spectacular, satisfying the high standards of the Royal Museum. The entire recreation process is captured by Fuel 3D in this video here.

This structure is a 3D spectrogram of the voice of President Barack Obama. Artist Giles Azzaro in his work, ‘Next Industrial Revolution,’ captures a 39-second clip of Barack obama’s speech regarding 3D printing in a tangible form. Azzaro created and patented software that could digitally recreate a person's voice in 3D. After processing the snippet of Obama’s speech for five hours, he printed the structure for 350 hours on a desktop 3D printer.

The model represents "alien landscapes" with all the peaks and troughs to resemble the high and low tones of the president’s voice. A laser passes the contoured surface scanning the audio recording as shown below and unveils the message on an interactive screen. The working of the device is shown in this video here. You have to see it to believe it! 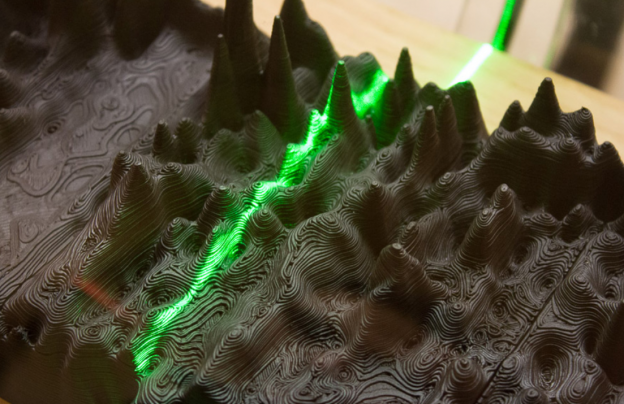 Many more pictures and videos, along with President Obama’s reaction is shown here.

How to make 3D printed parts look like finished parts.