With the official kickoff for the Olympic Winter Games PyeongChang 2018 just hours away, visitors are flying in from all over the world to South Korea’s northeastern Gangwon Province. Most of them have spent thousands of dollars for airfare, hotels, and tickets to one of the 102 events that will take place from Friday, Feb. 9 to Sunday, Feb. 25.

But there’s one group of spectators that spent substantially less to participate. They’re not at all worried about the peninsula’s demilitarized zone, which is about 40 miles away. And they’ve worked it out so that they won’t have to spend anything more on hotels, food, or, anything, really.

Still, even though they are officially a cheering section, it’ll be hard for them to actually clap and cheer, since they’re 3D printed figurines of international fans, on display since late December in SangSang Stadium at the Dongdaemun Design Plaza in Seoul.

The display is part of a promotion put on by the Imagine Your Korea tourism initiative developed by the Korea Tourism Organization (KTO). Anyone who wanted to participate was asked to upload a photo late last year to become a “special cheering member.” Then, some photos were randomly selected and made into 3D printed look-alike figurines. 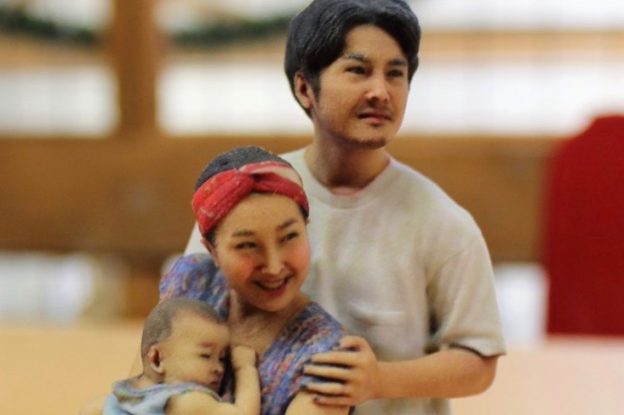 Drevno has been tooling around with ideas for 3D printed objects since about 2013 when he was an undergrad at UC Berkeley and he took an entrepreneurship class on a whim.  Around 2014, he says, he became fascinated with 3D printing, and he worked with some of his friends to start a company called Dreambox, where people could order whatever they wanted online and then pick it up from a locker. At the time, printers were expensive, difficult to keep in good repair, and there just wasn’t enough demand for their product.

“It didn’t quite work out the way we thought,” he said. “We realized there wasn’t really enough valuable content that people wanted to print.” 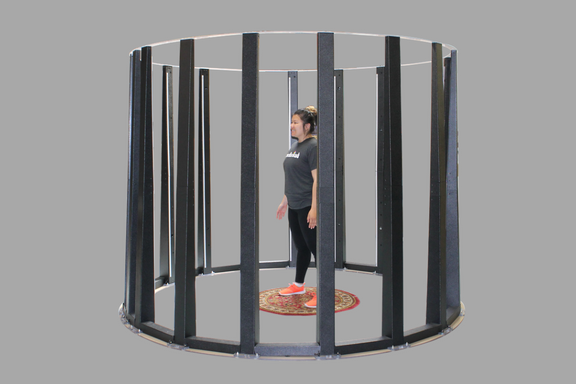 He and the others started playing around with 3D scanning, as a way to make content for a 3D printer, and hit upon the idea of making figurines as a way to memorialize important moments or loved ones. “When we first tried it, it was really cool. People thought their loved ones, family members made really compelling content. It was all about whatever was sentimental.”

The technology at the time was a bit “hacky” he says, and produced uneven results from one figurine to the next, so they kept at it, exploring different solutions, guided by trial and error until they were happy with the result.

Be Your Own Toy

“The big thing we learned is that if you want to do people, the scanning process has to be instantaneous and quick,” he said. To provide the best results, Twindom does not rely merely upon photos. The company has created a 3D printing booth where customers can be digitized.

The KTO initiative is just one example of how 3D figurines can be used, he says.

“One of our customers did a promotion for Kentucky Fried Chicken in India,” he said. It was a way for KFC to market their I-Box, the 5-in-1 chicken meal. “It was like be your own toy in the meal.”

Another customer in Texas did a promotion with a regional bank to reward customers who came in and created new accounts. “The bank would put the person on display up on a shelf,” Drevno said, as a way of reminding them they cared about their individual customers, and that they “weren’t just a number to the bank.”

The figurines also are extremely popular at events like Comic-Con events, where people want to memorialize their participation in the comic book convention and their costumes.

Drevno said he is excited about the possibility of market growth for the figurine market, since the Twindom scanner is portable and can be set up, used, broken down, and reused relatively easily. Future applications could include working with large toy manufacturers, he said. Right now, there are limitations with that kind of thing, because the figurines, while they make great keepsakes, can break relatively easily compared to most toys, and therefore can be hard to play with.

“We’re not quite there yet. I wouldn’t give it a toddler,” he said. “But we’re hoping to be able to eventually make something more durable.”

There also are potential medical applications, allowing medical professionals to get a better visual on how someone is changing or adapting to treatment. There also is a potential market related to generating content for virtual reality applications, he said, and for apparel shopping.

“It could potentially be a solution, where, when you shop online, you could see what you look like in those clothes, from the computer,” he said. “We’ve actually been testing that, more details to come soon.”

As more and more 3D printers come online, including those that are increasingly sophisticated, “that’s going to affect the market,” Drevno said, both in terms of applications and price points. “We wholesale print at about $30 or so, and that can be marked up to about $70 or $90 dollars. But if you drop that price to the consumer to $40 or $50, that makes it that much more accessible,” he said.

From Shopping to Snacks

As for the KTO Olympic figurines, some were selected to “travel” to various spots while en route to the games, including the beach at Jumunjin to watch the sunset, the streets of Hongdae for late night shopping and people watching, and the renowned Namdaemun Market, where food vendors serve spicy stir-fried rice cake,  which the tourism board said is Korea's “representative snack.” Judging by the Facebook posts, the figurines are having a really awesome time.

Everyone who participated in the promotion had their names displayed on the SangSang Stadium signboard, and several participants were also selected for other prizes that included round-trip tickets to Korea, hotel accommodations, and little dolls that look like the official mascot of the games, a white tiger named Soohorang,  and the official mascot of the Paralympic games, Bandabi the bear.

And now the figurines are comfortably ensconced in SangSang Stadium, which means “imagination stadium,” according to KTO’s promotional materials. The goal was to attract 2,018 participants. Officials from KTO declined the opportunity to elaborate on whether they made that goal, and on the 3D printed figurines, no doubt kept busy by the need to keep them busy and happy.

Pem McNerney is a writer and editor who lives on the Connecticut shoreline.