There’s been some buzz in and out of the auto industry that the Consumer Electronics Show (CES) is stealing the thunder from Detroit. This year at least, the Motor City show didn’t disappoint, thanks to a tremendous push from various automakers in tech.

While automation was on everyone’s lips, the biggest movement is coming in electrification. Several automakers made big announcements in this area, joining a growing movement in the industry that’s already being pushed along by Toyota, Volkswagen, BMW, and GM. Strap in, because there’s a lot of exciting ground to cover here. 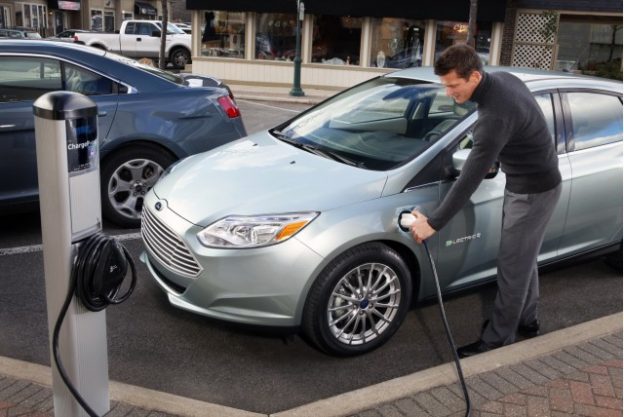 Ford plans to invest $11 billion into electrification of its fleet of vehicles by 2022.

Ford has a huge command in the auto industry. As one of the original Big Three, the Blue Oval has a big influence not only in North America, but also in Europe and Asia. That’s why the announcement that the automaker will invest $11 billion into electrification by 2022 is such a big deal.

That money isn’t just going into research. Ford will be putting rubber to the road with 40 hybrid or completely electric vehicles within four years. Yes, that number exceeds how many models Ford sells domestically, but it has a whole product portfolio internationally to electrify.

This announcement isn’t a complete surprise. New CEO Jim Hackett said in October the company would be shifting investments away from internal combustion engines, pouring that money into electrification instead.

Among the vehicles getting the electrified treatment will be the iconic Mustang and F-150. Sixteen of the 40 will be fully electric, with the others using various hybrid systems. A mysterious new performance battery-electric vehicle called the Mach 1 is coming in 2020, but Ford wouldn’t give any more info about it. The Mach 1 name has been used for the Mustang lineup since 1969, so this move probably wasn’t taken lightly.

Oh yes, Mercedes-AMG used Detroit to make a big electrification announcement of its own. It will be launching hybrid versions of every Mercedes-AMG 53 Series model, because that’s about the only way to make them more insanely quick.

The new 48-volt hybrid assist pairs up with the turbocharged 3.0-liter straight-six engine. Total system output is impressive at 457 horsepower.

This move will also push the Germans further toward complete electrification.

Ram joined the electrification party, announcing the 2019 Ram 1500s with the 3.6-liter Pentastar V-6 or 5.7-liter Hemi V-8 will use a new eTorque mild hybrid system. That means a belt-driven motor generator, plus a 48-volt battery pack can jump in to add torque as needed, smooth out the start/stop system, and recapture energy from braking.

Since it’s a truck, extra torque is always helpful. With the V-6 engine, the system adds as much as 90 lb.-ft. of torque. With the Hemi, that figure jumps to 130 lb.-ft. That means the truck can handle a max 2,300 pounds in the payload and tow up to 12,750 pounds. Impressive, to say the least.

This will introduce hybrid tech to a segment of the market where it’s been glaringly absent.

Hyundai made a big announcement during the same week, but not in Detroit. It pledged to invest $22 billion in five years, with electrification high on the list of where that money is going.

We don’t know exactly how that will play out. Hyundai and Kia have both produced a few hybrid and fully-electric models, but it sounds like the number will increase dramatically.

Nissan’s luxury arm, Infiniti, will push electrification big in the near future. All new models launched starting in 2021 will be hybrids or fully electric, except for large SUVs. The hybrids will use an e-Power setup, which is like the Chevy Volt’s. The car moves under the power of an electric motor, but a gasoline engine works as a power generator to replenish the battery as needed.

No doubt, this push will be seen in the Nissan, Renault, and Mitsubishi lineups before too long. Considering Renault-Nissan is one of the biggest automotive organizations in the world, this will have a huge effect.

Finally, the Italian stallion, Ferrari itself, is saying it will make moves toward electrification. Funny enough, with the LaFerrari, the company showed that hybrid tech doesn’t have to be used on boring cars, but then it cooled on using it further.

The plan, says company chairman Sergio Marchionne, is to make a fully-electric supercar. Before then, Ferrari will make several hybrid models. He dropped that bomb in Detroit to Bloomberg, and purists aren’t happy. But, change is exactly what’s happening in the auto industry, no matter who tries to stand in the way. The best thing to do is adapt and move with the trend.

If you think automakers are moving like a fire’s been lit under them, you’re right. No, it’s not Tesla turning up the heat, despite media coverage trying to make it seem so. Instead, it’s the fact that China, France, India, and the UK have all put a deadline on ending the sale of internal combustion engines.