3D Printing and the Automotive Industry: What You Need to Know

The average consumer may not realize that 3D printing in automotive applications is becoming a big force. It’s more likely that most consumers have only been exposed to small-scale plastic 3D printers at the mall, high schools and colleges, or even their local public library.

When in fact, the implications of things like 3D printed automotive parts will be huge; possibly revolutionizing how we all get from point A to point B.

But even now, 3D printing in automotive facilities is quickly transforming quite a few things you haven’t noticed...until now. 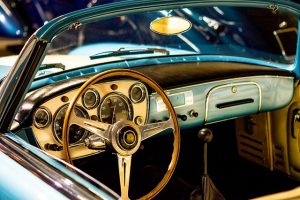 One of the earliest areas used for 3D printed car parts has been concept and prototype vehicles. While these often use at least some components shared by production models, that’s not always the case. For example, when something from an older car still won’t fit the design need, automakers are forced to manufacture a single part.

Using traditional manufacturing methods (which might involve casting a mold) can be incredibly expensive. At a time when many major automakers are looking to trim down on operating expenses, this practice has understandably been heavily scrutinized.

That’s when 3D printing comes in.

In this scenario, 3D printing is more flexible and cost effective. For example, when it comes to prototypes, if one component design isn’t working well, engineers can make adjustments and then print an alternative -- and then see how it performs. They can even print slightly different designs of the same component on different prototypes, engaging in real-world testing to see which solution is the all-around best.

This, combined with other design, engineering, and manufacturing developments, has helped make cars more reliable than ever.

Automakers are offering high levels of customization for consumers’ cars, starting with ultra-luxury models and now filtering into more mainstream vehicles. One of the more visible and recent examples of this is the Mini Yours Customized program. This allowed owners to get complete custom designs or text on certain components, all within a few short months, without spending astronomical amounts of cash.

More niche vehicle components are also being manufactured through additive printing, simply because they aren’t used as often as other parts. This is true for high-performance versions of certain Ford model lines, such as the ST cars and crossovers. Ford can print unique items like the custom intake manifold for Ken Block’s new Hoonitruck.

Some classic car owners know all too well the pain of trying to repair a vehicle, only to find out the part they need is out of production and can be found nowhere. In the past, this meant the often ultra-expensive route of having something custom-machined.

Today, it’s possible to use a 3D printer to create obscure parts for old cars. Jay Leno’s Garage is an example:

Now, a growing number of legacy automakers are offering to print components for classic models for relatively reasonable prices that most can afford -- not just celebrities.

Volkswagen, Ford, and other automakers have been using additive printing to handle tooling breakages on assembly lines. In the past, once there was a failure it was a matter of waiting for a replacement part to be shipped to the factory. That could take days, and in the meantime cars aren’t rolling off the line.

Now, automakers are printing tooling at or near the production facilities, reducing downtime and improving profits.

By looking at the past, we can take a guess at some critical 3D printing trends emerging within the automotive industry. These trends include:

With the ability to print certain components, automakers could capitalize on the opportunity and provide deeper customization of vehicles straight from the factory. This could change the look of a car, or even more compelling, add unique performance characteristics.

Automakers are constantly looking for ways to maximize profits, like any other business. Considering consumers already pour billions of dollars each year into vehicle customization, automakers could capture more of that.

Automakers would be wise to follow the lead of Porsche, Jaguar, and a few other manufacturers which have been using 3D printing to supply hard-to-find or non-existent parts for classic models. With increased investment in older vehicles on the rise, this is another area of potentially healthy profit margins.

It also helps boost a brand’s image as owners of these classics proudly display them and talk about how supportive the automaker has been to their restoration and preservation efforts.

One of the upcoming trends in 3D printing for automotive applications is printed cars. Divergent 3D ignited everyone’s imagination on this front when it showcased the Blade. It’s a 700-horsepower, mid-engine super car that looks like something out of a sci-fi movie, plus it was made using additive manufacturing.

While the tandem dual seats makes for a wild design, the Blade is showcasing what could be coming for mainstream cars in the near future. One huge advantage of the car having been printed is it weighs a mere 1,388 pounds dry, dipping well below the curb weight for virtually any production vehicle today.