How the Automotive Industry Uses Recycled Plastic for 3D Printing 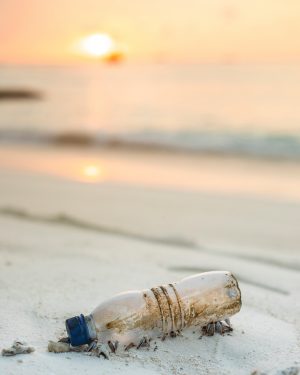 The globally competitive automotive industry faces many major challenges these days, including:

3D printing may just be one of the solutions that car companies can look towards to address some of these issues.

A novel and emergent use of 3D printing for the good of the environment is turning plastic waste into automotive parts. In fact, according to a Reuters article, two Venezuelan engineers have turned plastic trash into car parts amid an economic crisis that continues to plague the country.

This may be accomplished with 3D printing and the right raw feedstock materials. For their automotive industry, parts produced include transmission gear cogs as well as others that were successfully fabricated via 3D printing.

Their efforts, as presented in the article, describe the two Venezuelan engineers as having “found an opportunity amid a collapsing economy in Venezuela, inside a garbage dump full of broken electronic hardware.”

The Reuters article explains that the young engineers melted plastic wastes and fed it through 3D printers “to make intricate pieces such as car parts which have become increasingly hard to obtain in Venezuela as dysfunctional currency controls restrict the import of basic materials.”

Venezuela is not alone. The potential of 3D printing is front and center on the strategic radar of major car companies as they come to realize the value of this evolving technology. Combined with cutting-edge materials, 3D printing isn’t so experimental anymore; rather, it’s an increasingly popular way to prototype and ultimately fabricate car parts.

One company leading the charge is automotive giant Ford. The U.S. company has collaborated with a technology company to use 3D printers to manufacture car parts for a variety of vehicles.

Ford and U.S.-based firm Carbon currently manufacture select car parts with 3D printers combined with materials such as epoxy-based EPX 82. The material is said to be “a high-strength engineering material with long-term durability and mechanical properties comparable to glass-filled thermoplastics.”

While Ford is one of several automakers at the forefront of using 3D printing, they are not using engineered plastics for everything. Like the Venezuelan entrepreneurs, they also recycle plastic bottles, but also find ways to use "spent soy, wheat, rice, and agave from Jose Cuervo's tequila production in Mexico."

The latter may not be used for 3D printing but can go into other materials like fibers and plastics used within the vehicles and other car parts, such as the under body, undercarriage, and carpets inside the car.

It currently uses 1.2 billion recycled plastic bottles every year or about 250 bottles for each vehicle that it manufactures. Ford said these recycled bottles are used to manufacture parts that can help improve vehicle aerodynamics and reduce cabin noise in its cars, SUVs, and trucks.

And it is not just Ford that’s into recycling: Volvo is also setting aggressive goals of using recycled plastics materials for their vehicle production, even earning praise from the United Nations.

In an article in Automotive News Europe, the car company says at least 25 percent of the plastics used in its new cars will be from recycled materials, starting in 2025.

In the article, Volvo explains that, “Recycled plastics — such as from fishing nets or old bottles in car dashboards or carpets — would not affect safety or quality.”

The discarded plastics serve many reuses. Plastics and other materials may be melted into feedstock. That feedstock may be further engineered with the proper characteristics and qualities to be used in 3D printing to fabricate materials and parts.

Impact on the Environment

Undoubtedly for the automotive industry, 3D printing is a game changer; but it potentially will have a major impact on the environment for other manufacturing-based industries across the world as well.

For major car companies such as Ford and Volvo, aiming to reduce wastes and focus more on recycling, 3D printing appears to be a prosperous pathway for greener environments.