3D Printers Could Be Coming to a Library Near You 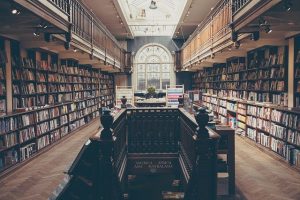 "Libraries represent the public on-ramp to the world of 3D printing and design,” said Dan Lee, chair of the Advisory Committee for the American Library Association’s (ALA) Office for Information Technology Policy (OITP).

According to a report from ALA, there are over 428 public library branches in the United States that offer 3D printers to the public.

"Public libraries have evolved from just being depositories for books and other media to centers for communities," says Ramiro Salazar, president of the Public Library Association (PLA), a division of ALA. "3D printers are one of the tools that libraries are using to provide opportunities for community engagement and collaboration."

Some of these 3D printers are desktop printers placed on a table; others are part of more comprehensive makerspaces.

In the Medway Public Library in Medway, Mass, for instance, Director Margaret Perkins explains that the MakerBot Replicators 5th Generation 3D printer is part of the makerspace that the library opened in June 2016.

The 3D printer is available to any library patron after they have completed a certification. Children under fourteen, however, must have a parent present. The printer's users range from elementary school students and teenagers through adults.

In the Woburn Public Library, there are currently up to five 3D printers.

"We have four of the smaller Lulzbots, which cost around $1,500 each, and one larger Lulzbot, which cost around $2,500 and can print objects up about one foot by one foot, and up to ten inches tall," says John Walsh, assistant directory for innovation and technology, at the library.

John Wash started bringing 3D printers to libraries about a decade ago, when he was working on the Newton, Mass. public library:

"I was reading about them on BoingBoing and thought it was fascinating. Back then, they were rare and, for individuals, comparatively expensive. The cheapest ones a library could hope started at $3,000. And unlike makerspaces, which back then weren't as well known or common, most people know about and are used to going to libraries."

How libraries charge for use of their 3D printers varies. Some charge per hour of printing time (probably around a dollar), while others will charge based on the amount of printing materials that will be required -- typically nickel to a quarter per gram of filament.

"The [MakerBot] software will figure out how many grams of filament your object will use, so we can tell you in advance what it would cost, before printing it," explains Margaret. "Most of the things printed here cost no more than a few dollars."

So, what is the public 3D printing at libraries?

"They make all kinds of things, from game pieces for RPGs (Role Playing Games), to prototypes for products they hope to sell commercially," says Margaret.

"Some have prototyped their next great idea, for a product they would be launching," reports John. "Recently we had a kid doing a report on the Pyramid of Giza. He made a 3D design of it all the way down to the channels and hollow spaces, done in two pieces so viewers could open the project up and see the insides."

Often libraries will provide 3D printers for a good cause. The Michigan Public Library, for example, teamed up with a local high school robotics team and the e-NABLE company to create free 3D-printed hands and arms for those in need of an upper limb assistive device.

Bringing a 3D Printer to Your Library

An individual 3D printer may be within the scope of a library's budget; some desktop 3D printers can even be used with regular 120V power, and don't need any special ventilation.

This makes it easy for libraries to place it on a desk, table, or even a rolling cart.

But for other libraries, buying a 3D printer, or the space for using it in, may be outside the library's budget. One possible funding source is grants.

"Grants are available to a wide variety of libraries and museums to support projects that respond to the needs of the community,” explains Erica Jaros, Communications Specialist at the Institute of Museum and Library Services, a Federal agency whose mission is to empower America's libraries.

Over the past few years, libraries have utilized the following grants:

Also, some 3D printer vendors will even offer reduced prices or donate machines and materials to libraries, schools, and clubs. Stratasys, for example, donated 12 MOJOs and materials to local schools in the Spring of 2018 as a part of the “Stratasys in Schools” initiative.

Some libraries, such as Medway’s, let people run their print jobs for themselves. Many libraries, including Woburn, receive 3D print jobs on behalf of the users:

"You email us the file to use, we confirm whether or not it meets our requirements for size, quality, printability, and other factors," explains John. 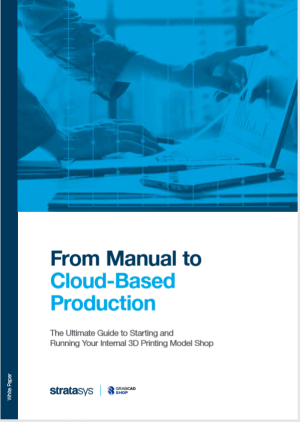 This workflow is typical in most schools and makerspace settings, however, what if there was an easier way?

Schools, 3D printing shops, and libraries could benefit from a work order management solution, such as GrabCAD Shop. GrabCAD Shop gives the shop operator (in this case, the library director or whoever is in charge of the 3D printers) the ability to receive print requests in an organized workflow.

To learn more about how GrabCAD Shop can be used at your library, makerspace or school, download the free whitepaper!