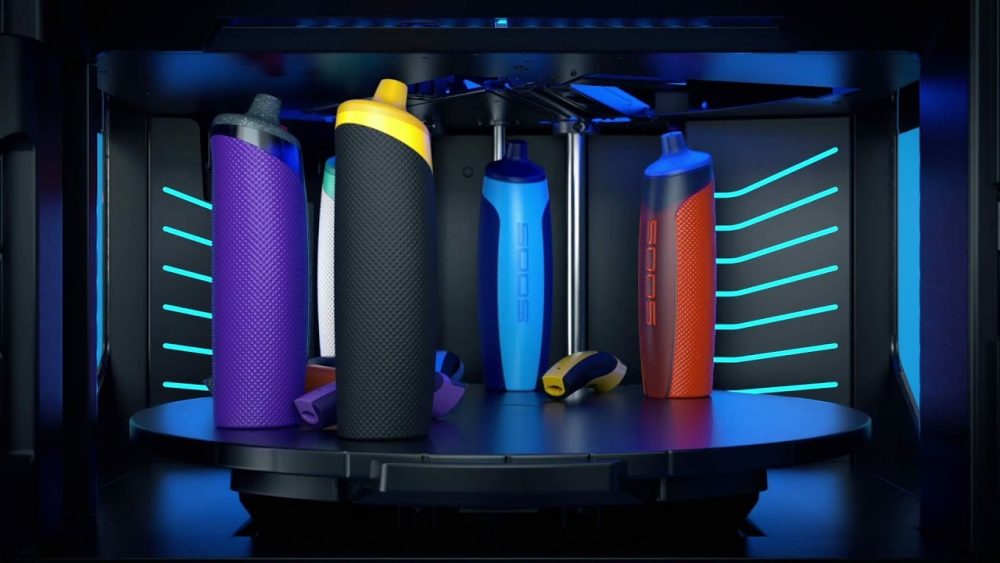 The History of 3D Printing: A 40-Year Retrospective

3D printing history has come on leaps and bounds since its emergence in the early 80s. In 2021 we can print almost anything the mind can imagine and in the context of the coronavirus pandemic, the technology has been both ingenious and crucial in the fight against the fast-spreading virus.

Additive manufacturing is undoubtedly one of the greatest and most revolutionary technologies of the 20th and 21st centuries. Today, 3D printing is an established and ever growing industry that’s changing the global design, manufacturing and supply chain landscape as we know it. Its advanced capabilities have created and continue to create innovative solutions for almost all industries.

With that in mind, let’s take a brief look back at the various landmark developments in the history of 3D printing.

The Story Begins: In 1981, Hideo Kodama of Nagoya Municipal Industrial Research Institute published the first account of a working photopolymer rapid prototyping system. A solid, printed model was built using different layers, each of which corresponded to a cross-sectional slice in the structure. However, Dr. Kodama, never followed up his patent application and therefore never commercialized his novel printing process. The next people we know about who had an impact in the industry were Jean-Claude André, Olivier de Witte, and Alain le Méhauté in 1984. The First 3D printing System: Around the same time, in 1983, Charles Hull made 3D printing history by inventing stereolithography, which enabled designers to create 3D models using digital data. In 1986 he went on to found 3D Systems Corporation - the first ever 3d printing company, which introduced the world’s first commercial 3D printing system, the SLA-1 in 1987. The first 3D printer manufactured for commercial use

The SLA-1 made it possible to fabricate complex parts, quickly, one layer at a time. Hull’s patent for stereolithography marked the beginning of commercial use of 3D printing. In fact many new technologies since and additive manufacturing systems generally have been developed from the standard STL file type - native to the stereolithography CAD software created by 3D Systems. Fused Deposition Modeling: A few years later in 1989 and inspired by attempting to make a toy for his daughter, couple Scott and Lisa Crump, invented and patented a new 3D printing method called Fused Deposition Modeling (FDM). FDM involves a melt extrusion method used to deposit filaments of thermoplastics according to a set pattern. Scott Crump went on to found Stratasys, Inc., one of the most prominent additive manufacturing companies in the world today and renowned market leader for high precision 3D printers. In fact the company still holds the patent for their trademarked FDM technology. Healthcare leads the way: During the 90s, scientists were making serious waves in this area. In 1999, the first 3D-printed organ (a human bladder) was created. Other notable developments included the fabrication of a functional miniature kidney, a prosthetic leg and the bioprinting of the first blood vessels using only human cells. Flash forward to today, and 3D printing is an integral part of medical equipment manufacturing (prosthetics, dentures, surgical equipment) and bio printing is being increasingly explored. The operating rooms of the future may see on demand 3D bone printing as standard, to note just one example. Additive Manufacturing all All Industries: This was a time in 3D printing history where processes really began to be adopted by industries of all kinds. In 2000, 3D Systems released the first Simbionix virtual reality surgical simulator and as previously mentioned, the first SLS machine came to the market in 2006 – the latter of which instigated the dawn of on-demand parts manufacturing. Object (now merged with Stratasys) created a machine that could print in various materials, allowing a single part to be fabricated in different versions and varying material properties. Then, in 2009, 3D Systems also launched capability for on demand parts manufacturing and later in 2013, direct metal printing. The interior of a Stratasys J55 Polyjet printer

In 2011, engineers at Southampton University designed the world’s first 3d printed unmanned aircraft and Urbee, a prototype car with a 3D printed body, was presented at a TEDx conference in Canada. A few years later, in 2013, the then President of the United States, Barack Obama, famously spoke of 3D printing during his 2013 State of the Union address, saying it had: “the potential to revolutionize the way we make almost everything”.

3D printing becomes more accessible to all: By now, the barriers to entry for designers, manufacturers,  and inventors were seemingly disappearing. In 2005, Dr. Adrian Bowyer’s RepRap Project launched an initiative to invent a 3D printer that could essentially build itself. Its 2008 release, Darwin, was a self-replicating printer able to fulfil that exact brief. This meant 3D printing became accessible to the masses, as reaffirmed by the 2009 launch of Kickstarter  which propelled the notion of bringing creative projects to life through custom manufacturing. Then there was the initiation of collaboration services such as Shapeways (a 3D-printing marketplace where designers could receive feedback from other professionals and consumers before creating certain products) and MakerBot (open-source DIY kits for creators to build their own 3D printers and products). The last 5 years: The past few years has seen us 3D printing houses, bones, spacecraft, organs, planes, cars, jewelry, clothes, make up and in more recent times face shields, COVID tests and respirator parts. Indeed, 3D printing is being used in industries ranging from the following:

Companies ranging from Bugatti and General Electric, government agencies such as NASA, city planners and healthcare sectors across the world are changing how they operate to take advantage of 3D printing.

We’ve seen revolutionary software (such as GrabCAD Shop) take to the stage, greater automation and increased collaboration. The cost of 3D printers themselves has decreased and 3D printing as a whole is becoming very much mainstream in manufacturing circles. Having said that, the way in which manufacturers and designers are adapting 3D printing processed to suit their unique needs continues to make revolutionary progress. The machines themselves are also getting smarter by the day.

3D printing continues to demonstrate its potential on the world stage and the ways in which it develops in the future will be fascinating to watch. Looking ahead, expect to see more data driven 3D printing and greater automation within additive manufacturing. We’ll also undoubtedly see its implementation across even more industries in even more unique ways.