How the U.S. Navy Uses the Scan to CAD to Fab Method 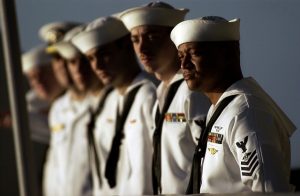 A common problem in engineering is that parts and equipment, once designed, eventually become obsolete. Manufacturers and fabricators that originally completed the material or equipment in question either move on to different product lines, are purchased by other companies, or, for whatever reason, no longer exist.

Therefore, a replenishment supply of spare parts or assemblies is just as impossible.

This situation was partially the case for the Space and Naval Warfare Systems Command (SPAWAR). The SPAWAR enterprise became engaged in three-dimensional scanning and printing to rapidly deliver a solution to a particular antenna that is part of their warfare systems. Que: the "scan-to-CAD-to-fab" method.

Scan to CAD to Fab

The process to develop new designs and parts is called the "scan-to-CAD-to-fab" method. This method is lowering the cost to produce (while increasing speed to fabrication) the product or assembly needing to be designed and fabricated.

In the case of the Navy, they had an antenna system that was originally fabricated from a sand casting. The sand casting was no longer available and they did not have an engineering drawing for the antenna. So they began a process of re-engineering to design a better solution, as the existing antenna had been developing cracking in different parts.

They took great care to scan the entire antenna using a 3D laser scanner. By late 2017, that data was converted to create a 3D CAD model, which was able to clearly delineate the full antenna range of motion and provide a working model, virtually, to a thousandth of an inch.

In essence, they created a blueprint of the equipment so that it could be referenced to fabricate a solution to the antenna's issues of non-performance. Eventually, they used their newly created engineering drawing to develop a specific nested-shell design with components that were additively manufactured on a 3D printer.

Remarkably, the total process from scanning to printing the prototype was approximately six months.

Their success with this replacement was attractive to not only others within the United States Navy, but also the United States Air Force. They're both collaborating to share knowledge and use this process because obsolescence of parts and lack of drawings are common occurrences. 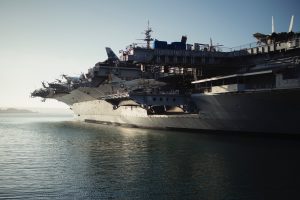 The entire evolution demonstrates that 3D printing and additive manufacturing, combined with 3D scanning, is an effective, solid strategy to fix a problem that would have been very difficult to solve otherwise: obsolescence.

Parts and equipment age; some were designed 10, 20, or 30 years ago. As a result, spare parts are hard to find and must be reversed engineered. The process is generally long, slow, laborious, and costly.

Parts obsolescence looms larger than one might expect in the U.S. Department of Defense. When equipment and systems are designed with a useful long life – sometimes as long as 30 years – the original equipment manufacturer may have been acquired, or their business line that produced a part now obsolete was sold. It's also often the case that the manufacturer chooses not fill spare parts orders as they may be unique to a military specification or “milspec” and offer no economies of scale for the manufacturer.

Systems commands within the Department of Defense, in the past, have staff dedicated to finding solutions to obsolete parts. They may find alternative manufacturers for an obsolete part, or the part may be reverse-engineered and produced by another manufacturer. They sometimes cannibalize from other assets to find replacement parts that are now obsolete.

This was all common practice, until 3D printing and its advancements came along.

In this case, thanks to scanning technology that is now readily available, along with 3D printing and additive manufacturing, obsolete parts, particularly very precise ones, can be fabricated much more easily. This new process creates drawings and models that simply don't exist. Consequently, new parts can be fabricated to provide a solution to a problem that would otherwise be difficult to solve.