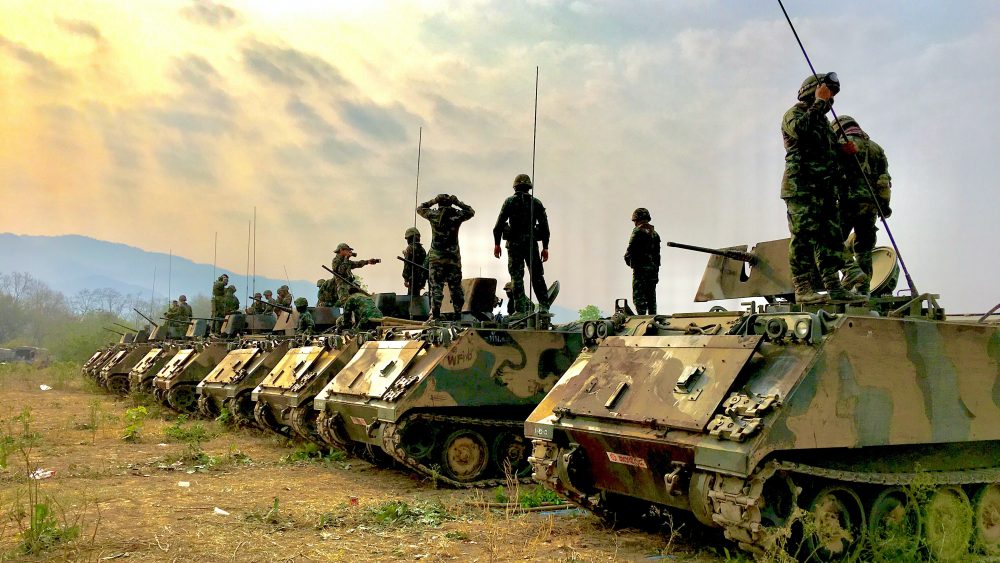 How 3D Printing is Saving Lives on The Battlefield

Additive manufacturing has been making great strides in the field of medicine. Through AM’s rapid production, we were able to combat the spread of disease during the height of the COVID-19 pandemic. When surgeons and young medical professionals needed training, additive was able to create hyper-realistic medical models. In a more recent story we even covered the world’s first 3D printed ear.

On the other end of the spectrum for printing, some militaries have used additive to aid in the manufacture of spare parts for things like fighter jets and tanks. Jigs and fixtures which have applications across industries are also widely used by militaries. One use of additive manufacturing that we have only started to see however is its capacity to save lives in active warzones or conflicts.

The 3D Printed Tourniquet In Ukraine

In war, one of the major causes of death in relation to battlefield injuries is loss of blood. According to researchers at Sun Yat-Sen University “In military settings, severe hemorrhages account for 50% of deaths, among which 80% are caused by the non-compressible injuries. This number used to be significantly higher before Jean-Louis Petit invented the tourniquet in 1718.

The tourniquet is a medical device used to stop the flow of blood through a vein or artery by compressing an affected limb via a cord or bandage. There are currently 3 types of tourniquets: surgical, rehabilitation, and combat variants. Due to continuing disruptions to global supply chains, these life saving devices have been in short supply. This impact had been especially felt by the combatants in the Russo-Ukrainian war. Seeing these shortages and rising death toll. Jakub Kaminski, a graduate from the Worcester Polytech University (WPI) along with other volunteers designed a tourniquet that was robust, easy to print, easy to assemble, that was high quality for use in armed conflicts. Shortly after its inception the design has since found its way onto the internet. Companies and individuals alike have started to create and send these tourniquets to Ukraine.

Within the conflict in Syria, improvised explosives, mines, and aerial bombardments were heavily used within the years of 2012-2018. These weapons caused great damage to buildings but also killed more than 11,000 civilians. Those who weren't killed during these instances often suffered grievous injuries and one of the most common ones were various bone fractures.

These fractures could range from mild to severe enough to require orthopedic surgery or intervention. Depending on the field conditions, proper medical equipment can be hard to come by or take time to reach the hands of medical professionals. This is especially true to those operating out of refugee camps. Even if proper medical procedures were able to be conducted, it would be difficult for those treated to then recover and implement any form of post care without duress. Thankfully during the Syrian War, researchers at the Oregon Health & Science University (OHSU) have been researching a temporary, “bone brick” that could be configured, stacked, and placed into an affected bone to stabilize and encourage recovery. The brick is a mix of polymers and ceramics that allow the bone to grow with support then start to dissolve as new bone continues to form.

“The 3D-printed microcage technology improves healing by stimulating the right type of cells to grow in the right place, and at the right time,” said OHSU postdoctoral scholar and study co-author Dr Ramesh Subbiah in July. “Different growth factors can be placed inside each block, enabling us to more precisely and quickly repair tissue.”

Recovery Being a Print Away

Additive manufacturing has the potential to do great things in medicine even in the face of conflicts. More than ever, the world is using 3D printing to fabricate lifesaving ideas and send them to people who need them. Whether we like it or not there are intersections where almost any major technology can be used to conduct war but there is also a way that it can be used to benefit the lives of others. In the future, other tensions may cause challenges to the additive manufacturing industry however the technology will continue to grow and meet the world head on.