Is there place for augmented reality in manufacturing? Yup.

Most people know about augmented reality. If you haven’t heard the precise phrase, you’ve probably heard of Google Glass. Same idea. Sadly, it appears that Google Glass has fallen on its face, ridiculed and tossed aside. But what would happen if someone took the augmented reality concept and focused not on the consumer market, but instead put it to use in the industrial market? Suddenly, aesthetics, price, and ubiquity aren’t as important. Imagine the potential that augmented reality could bring to manufacturing and design communication. Enter DAQRI, an augmented reality company who is looking to do just that. 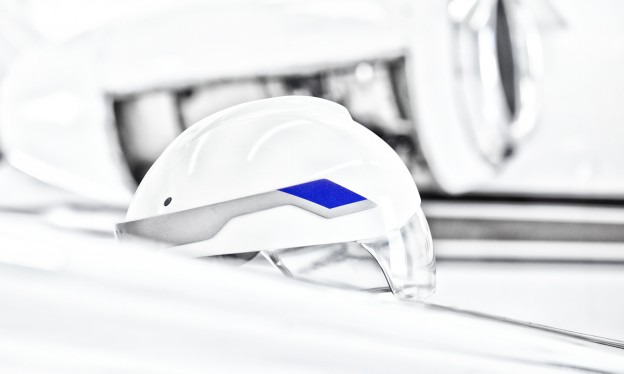 How could augmented reality change drafting?

Drafting as we know it may slowly disappear, but someone will still need to communicate design to the rest of the company. Translating an idea into a format that someone who knows nothing about the idea can understand and build is what draftsmanship is all about. The need for the draftsman will stay, but instead of making PDF drawings for every part, they’ll add data that the augmented reality system can use. I believe that this will take less time than how it’s done today, primarily because all of the data from the model is already there. You would simply choose which dimensions matter and then specify your tolerances.

This isn’t all that different from what most manufacturers do anyway. I would expect CAD/CAM would begin to get better at understanding the manufacturing processes before they reach the shop floor, allowing the draftsman to quickly describe the steps that go into making a part. I imagine that you would also be able to add warnings and things for the AR system to watch out for, such as the direction of countersinks on a sheet metal part, or the direction of a V groove in a wooden panel.

Despite all of this, the need for good ol’ fashioned draftsmanship will not go away for a very long time. Many older companies have archives full of 80+ year old drawings in every format that has ever existed, and the enormous task of updating all of this data is downright impractical. (Who else has had to convert microfiche to AutoCAD? That’s a blast.)

How could augmented reality impact the shop floor?

Manufacturers could not only benefit from having better details on a part, they could also add data to this presentation as they learn more about producing the part. For example, the “set up guy” for a sheet metal manufacturer could record the settings that are used on the machine to create the part, so next time that part is set up it will be easy to see the correct settings again. This system could handle counting of the parts as they’re made, reducing errors in quantity counts down the road. Additionally, the augmented reality system could watch the person making the part, and silently monitor for any anomalies. As the system records data on this part, and other parts similar to it, it could learn to watch for commonly made mistakes, such as inserting the part in a press backwards. While it does well in this scenario, I believe it would truly shine in the assembly and packaging steps of any process.

In the point of purchase display industry, there is always a significant amount of packing and assembly before anything is shipped out. In fact, many of the design houses don’t even manufacture in-house. Instead, they manage the manufacturing with off-site manufacturers, and assemble everything in-house. The challenge with assembly and kit-packing companies, especially when they have small quantity runs that are very inconsistent is the heavy reliance on people to get the work done. Nearly everything is done by-hand, opening up a myriad of opportunities for error. If a company like this had access to an augmented reality system, it would allow them to have an effective way of reducing errors, and provide people with details on how to assemble the product. (Believe me, I know all about the importance of assembly detail drawings). Forgot to insert an AVK? The part flashes red. Trying to attach a bracket too early? A warning comes up. In the realm of manufacturing where automation is not practical, the possibilities of augmenting a person are truly endless.

How would AR interact with companies that don’t have it?

Until a lowest-common denominator is created that is more ubiquitous than the traditional 2D drawing, there will always be a need to have these on file. This is especially true when dealing with designs that go beyond the scope of a single manufacturer. Collaboration with other companies that don’t have the same technology platform as you will demand that the design is communicated much like we do now; by sharing the native 3D models, and the PDF drawings via email, or a cloud-based design collaboration solution like GrabCAD Workbench.

I can’t stop thinking of places where this technology would be useful in an industrial application. Although it won’t be replacing 2D drawings any time soon (although if you’d like to read an argument that they’re already dead, click here), and certainly won’t be replacing the need to understand 2D drawings, augmented reality has a lot of potential in manufacturing. It could make the workplace a safer, streamlined, and more error-free place. 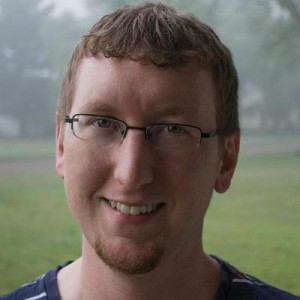 Alex is an engineer in the Point-of-Purchase display industry since 2006 and has played a big role in moving displays from concept, to prototype, to production. He's also a SolidWorks nerd, family guy, and beer snob.