How CAD is Currently Playing into the VR Industry

To say computer aided design (CAD) has come leaps and bounds in the last 50 or so years would be a major understatement. The CAD world has undergone significant transformation in recent times and is ever evolving. While CAD software initially enabled engineers, architects, artists, and other creatives to generate designs in 2D and eventually 3D conditions, it has now taken a step further by utilizing virtual reality (VR) capabilities.

Why the transition? Well, the accuracy and reliability of designs can potentially be limited by regular CAD software. By going down the VR route, designers and consumers can create, improve, and even test projects in a virtual space before they are created in the real world. 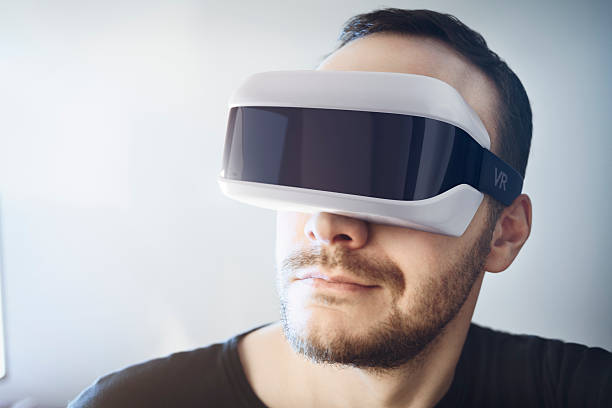 In this post, we’ll explore how the CAD and VR industries are feeding into one another right now, and look ahead at what’s to come.

VR is by no means a new phenomenon. It was first introduced in the 1950s via Morton Heilig’s Sensorama machine – the earliest known example of immersive, multimodal technology. Then, in 1968, the ground-breaking Sword of Damocles (a device which overlaid graphics onto the physical world) came to the forefront and 10 years later, in 1978, the Aspen Movie Map (precursor to Google Maps) was introduced.

The term "virtual reality" was eventually coined in 1987 by Jason Lanier when he founded VR company VPL Research. It wasn’t until the 1990s when the VR industry boomed via the gaming world. However, with other types of gaming consoles striking more of a chord with the public, things had come to a grinding halt by the millennium.

Nearly two decades later, the world was ready(ish) for VR.

Palmer Luckey brought VR back into mainstream discourse and regained the public's interest via the Oculus Rift device, which he eventually released in 2016. The Rift allowed users to fully immerse themselves in the VR experience whereby they could move (as opposed to simply look) around the virtual world.

There has since been an onslaught of VR products: Samsung Gear VR, Playstation VR, HTV Vive, Google Daydream, and Cardboard to name a few. What’s more, the VR market was worth $1.9 billion in 2016 and is expected to reach $22.4 billion by 2020.

Historically, VR has been associated with the gaming and entertainment worlds – for obvious reasons. “Experiencing” a game is a hundred times better than merely playing one. However, the technology has branched out and is being utilized for design, architectural, and engineering purposes.

The advantages of using VR for CAD are obvious. It allows users to create, view, and edit projects in a virtual “safe” space. They can visualize how their designs will appear at scale when compared with other virtual objects. An architect can walk through a virtual version of the building he/she is creating and a consumer can hold or even take apart a virtual product in their hands.

Being able to test and modify products or buildings before they are manufactured or built can help save valuable time and money, while improving customer satisfaction. Moreover, the ability to spot errors or faults before they actually materialize could prove invaluable from an efficiency perspective.

Indeed, research compiled by Loughborough University has found that the construction sector is successfully using VR across its myriad of design processes. The findings suggest that while the technology is still in early stages, it has huge potential to assist in the visualization of building designs.

The idea behind the practice of utilizing VR conditions for CAD is brilliant in theory, but the technical intricacies can be a barrier.

In fact, while it’s undoubtedly on the rise, the reason VR has not become hyper mainstream already is due to the complexity of the computing that’s required to support it.

Methods for Integrating CAD and VR

MakeVR, a virtual reality-based software, enables users to create designs in a virtual space by pulling, pushing, or stretching, rather than generating them on a screen. Users can create three-dimensional objects in front of their eyes, in real time, thus saving time where they would have had to master complex CAD software to do the process.

Then there’s WakingApp’s ENTiTi platform, which enables designers to create and view VR and Augmented Reality (AR) experiences without using any code. The platform is cloud based and the content is immediately available to view on mobile devices, GearVR, destop devices, Oculus Rift, and HTC Vive. The content can also be shared with friends, clients, and colleagues.

Hong Kong-based auto manufacturer Infiniti showcased its 2015 offerings in a completely VR environment. Potential buyers could assess the vehicle fully, regardless of where they were geographically. They also had the chance to make customisations themselves. In terms of raising the customer experience bar, Infiniti went (and still are) going above and beyond – putting the consumer, literally, in the driver’s seat.

Looking Toward the Future

As manufacturing, architectural, and many other companies look to grow and improve their design processes and customer satisfaction levels, using VR for CAD will undoubtedly become more conventional.

There is talk that VR tools could enable engineers to carry out important analysis on structures and that consumers will be able to enjoy an even greater level of interactivity. Then there’s the development of AR, which goes even further to bringing CAD objects into the real world.

The developing relationship between CAD and VR is undeniably exciting both for those in the industry and consumers. Currently, VR remains relatively niche. It may take many more years for it to become mainstream (Mark Zuckerberg predicts 5 to 10 years). Nevertheless, I have no doubt that the ability to design, manufacture, sample, and customize in the VR space will – at some point in the not so distant future – become the norm.