Crowdsourcing is not a threat to your engineering job

Engineers, in general, aren’t well known for their dispassion. Whether in person or on the internet, it’s not exactly unthinkable for one engineer to tell another that she is impossibly wrong. Not just kind of wrong, either. Spectacularly wrong. Phrenology wrong. Static universe wrong. Nobody really raises an eyebrow when they encounter two engineers yelling at each other in the hallway. 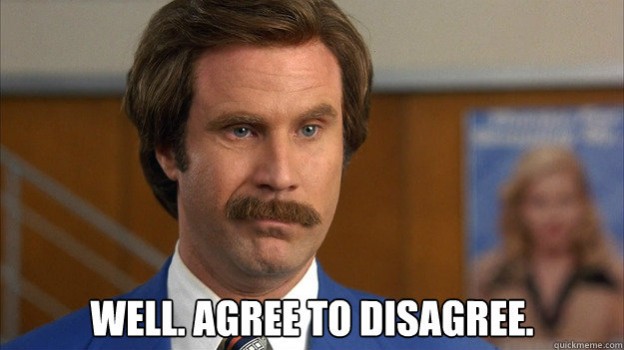 But that’s not really true for niche writers. Sure, writers in general are just as likely to, erm, “politely critique” another’s work and not think twice about it. It’s typically viewed as a valuable learning process – even if that means your head should always be on a swivel.

Writers who write about engineering (versus “engineering writers,” which as far as I can tell are some kind of technical writing mutant) live in a small world. There’s a couple dozen, maybe. Should you disagree with one of these writers, the other party is virtually guaranteed to see it and, very possibly, hate you forever.

And that’s how I find myself in an unenviable position. Someone on my team sent me Crowd Sourcing? There Goes Your Engineering Job by Roopinder Tara and asked my opinion.

I skimmed it and had three immediate reactions:

Then I gave the article a proper read. Not only are GrabCAD Challenges singled out, they’re described as a way “to get a thousand hands raised for GE” by “dangling $7,000” [in front of them]. So, a couple of things here:

Now that the facts are clear, and I’m obliged to respond, let’s move on to why Roopinder and I disagree.

Are you seriously worried about your engineering job? Be honest.

What real engineer is seriously worried about some kind of crowd intelligence subsuming their job? Crowds aren’t very good at a great many things, and are prone to both groupthink and hierarchical suffocation. James Surowiecki, the man who literally wrote the book on crowdsourcing, “studies situations (such as rational bubbles) in which the crowd produces very bad judgment, and argues that in these types of situations their cognition or cooperation failed because (in one way or another) the members of the crowd were too conscious of the opinions of others and began to emulate each other and conform rather than think differently.”

And a quote from Wikipedia because the book is at my house and not at my desk:

“Surowiecki asserts that what happens when the decision making environment is not set up to accept the crowd, is that the benefits of individual judgments and private information are lost and that the crowd can only do as well as its smartest member”

The bottom line is that a credentialed engineer should come to expect crowd intelligence to complement their ideation process, not replace it. We’ll come back to that in a minute.

Uber drivers aren’t engineers and there is no sharing economy

For the life of me, I can’t understand why anyone would draw a parallel between Uber drivers and certified, degreed engineers. You can learn to operate a motor vehicle in a few weeks. You can’t learn to engineer in a few weeks. People like me, my grandmother, and Dale Earnhardt Jr. can navigate public roads with relative ease. We cannot perform calculus under any circumstances. So why are we talking about Uber?

We’re talking about Uber because we’re not talking about Airbnb. And those are really your only options when looking for something to cite whilst pushing a “crowdsourcing will steal your job” agenda. Go ahead and name a third successful “sharing economy” company. I’ll hang out.

If you said anything but “I can’t think of one,” we’re back to you being static universe wrong. You don’t even have to take my word for it. Similar to the number of sensible articles out there that describe the potential drawbacks of crowdsourcing, there are even more articles out there that describe the sharing economy as very certainly not a thing outside of Uber and Airbnb.

And lastly, if you’re really going to force me to talk about Uber and how it is clearly better and more convenient than a taxi cab, I’d go on and on about medallions and hackney licenses and how some people prefer a licensed cab driver over a privately “vetted” part-timer. What’s unfortunate for the cabbie is that he’s government regulated and the Uber driver isn’t (yet). But this is hardly germane to what we’re really talking about.

Anyone can run a design challenge. Not everyone can run one like we do. Ben and Paulina only accept challenges that they think a) the Community will care about and b) present a unique opportunity for the Community to stretch its creative muscles.

You might also notice that the sponsors hang around on the Challenge page and answer member questions. That’s not optional. But the thing is, it’s rare that a sponsor doesn’t want to commit to our process and stay involved. Keep in mind that the Community is helping their team come up with new ideas – they want to be around that buzz and that energy as much as possible.

Our members are everything, our reputation is everything, and we’re not interested in taking anyone for a ride.

The relationship between Community member and dedicated, professional engineer is complementary.

I think it’s important to underscore that there is indeed a vetting process after a design “wins.” Nobody takes Challenge ideas and sends them directly to manufacturing. That would be insane. I really have no idea how many companies practice “good enough” engineering, but taking a design from internet to airplane without at least double checking the math seems a little irresponsible.

And guess who’s doing that double-checking and tweaking? The dedicated, professional engineer whose team just got a dozen or so fresh ideas to mess around with. Not every sponsor company has 100 engineers on staff. Some sponsor companies only have 5 employees total. They need help and the Community is happy to give it a shot.

Repeat after me: it’s not spec work

Nothing makes me cringe more than when I see our Challenges compared to spec work. It’s not spec work at all. Here’s why:

In the end, what I’m seeing is FUD. Roopinder is presenting a pretty black and white view. Either crowdsourcing wins and engineers lose or vice versa. The reality of crowdsourcing is a world where companies with full time engineers get access to an expanded team or merely add another step to their ideation process. If you intend to manufacture something, of course it matters whether or not the person signing off has a degree. How important where that degree comes from is an interdisciplinary argument, to say the least. GrabCAD Challenges makes frictionless connections between companies and engineers that might not otherwise come to fruition. We’re not cheating anyone and we’re not putting anyone out of work. We are innovating.