3D printing is challenging the ways that Finite Element Analysis (FEA) methods are traditionally employed to assess the structural adequacy of engineered components. Thanks to 3D printing technologies, it is no longer a safe assumption that materials can simply be modelled in FEA software as uniform homogeneous solids. Indeed, a 3D printed cube of material is not what it appears to be on the outside, as it can be built from the ground-up, piece by piece and may actually possess a complex internal cross section composed of intricate void spaces such as complex hexagonal honeycomb structures. 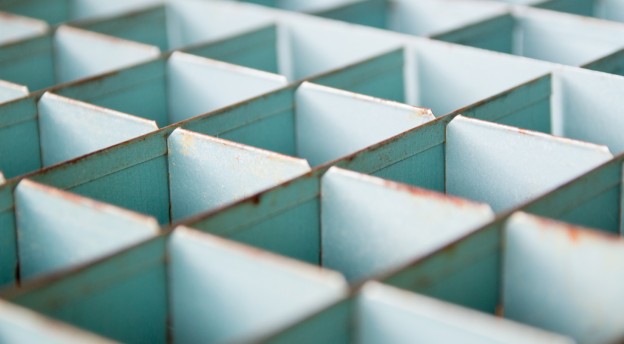 One admittedly admirable goal of 3D printing is the creation of material structures that are precisely optimized to fit a particular structural application while at the same time minimizing the material mass used to create the part. However, in the process, the technology practically turns on its head decades of material strength testing and characterization. After all, the material stress-strain tensile test curves that form the backbone of every undergraduate materials strength class were all created using solid, homogeneous coupons produced from traditional manufacturing methods.

It’s from these empirical testing curves that much of the basic parameters characterizing material strength are derived – everything from the determination of material yield strength to measurements of toughness and ductility. 3D printing processes are able to create materials that, while comprised of traditional engineering isotropic materials, may not actually be isotropic.

Profiles, material scrutiny, and the pace of emergent technologies

As designers look to place these printed structural parts into engineered systems, they will face a challenge ensuring that the materials are structurally adequate for use in the particular applications as there simply isn’t a significant amount of material strength testing verification standards, publications, or even documentation available. 3D printed profiles haven’t yet undergone this level of material scrutiny yet, and as a result, any engineer looking to employ a printed component into a system must argue that even in the absence of rigorous standardized testing methods, (ASTM or MIL standard), the parts will be structurally acceptable in a given application.

Adding to this problem is that there are many different types of emerging 3D printing processes. A simple internet search reveals dozens of proprietary methods being independently developed all over the world, and only a handful have really undergone even rudimentary testing/verification standards developed alongside them.

This says nothing at all about testing methods used to develop criteria for more advanced fields of material mechanics such as fracture mechanics or high temperature creep behavior. It’s also relatively easy to find a hobbyist on YouTube performing all manner of testing on all varieties of printed components, but there are still miles to go in the race to develop standards for printed materials to be used in anything remotely resembling a safety critical component.

Within the FEA discipline, there are always simplifications and assumptions can be applied to a model in order to make a solid model behave as if it were a printed part, complete with intricate void spaces, etc. This type of approach (in an elastic analysis) would involve simply specifying the actual elastic behavior parameters that are developed whatever applicable testing has been done to date, independent of a global governing standard, such as elastic modulus/density/Poisson’s ratio. In this way, with some sort of test data in hand applicable to the printed part, the engineer could model the solid, homogenous part (typically an imported CAD model of some kind) to behave as if it were a 3D printed part.

However, at its best, this approach is still approximation and isn’t a method to easily obtain other key FEA outputs that are dependent on real material geometry (such as stresses, etc). Here, each and every output would need to be carefully examined for applicability to the real part’s geometry. With enough effort and near flawless engineering judgment, the expert structural engineer could, in theory, be able to reasonably map certain FEA outputs (such as strains) for a given solid homogenous FEM to the actual printed part geometry.

The other brute force route to consider is the explicit modelling of the exact part geometry. First of all, this requires a complete knowledge of the precise geometry of every void space that may be present in the printed material so that such a model can be built. Additionally, modelling the explicit geometry and void space of every void within the internal geometry of the part will probably add an exponential level of complexity to the model, making the problem that much more difficult and time consuming to solve.

Although some parts of these internal features may be able to be simplified to 2D “web” surfaces, mixing 2D/3D elements within a model sometimes can add more complexity and opportunity for mistakes than is typically worth it. Not to mention the fact such rigorous detailing techniques will produce a large number of elements alongside mountains of model and analysis data. The larger the FEA model, the more computational resources will be required to solve the analysis in a reasonably timely manner.

What is really needed from the computational, preprocessing side is some type of algorithm that can be used for a standardized, predetermined honeycomb/void/space structures that would specify precisely which internal nodes were void, which could probably be done by leaving material properties blank and therefore modelled to be disconnected from the broader part mesh. However, the FEA solver would have to allow for this type of scenario.

For now, this is a feasibility challenge that is probably ideal for that eccentric yet extremely intelligent brand of FEA analysts who love to build elaborate programs and scripts in the native base languages of their preferred FEA software.

Development to date and path forward

It seems that there is no avoiding the reality that in order for 3D printed parts to be widely implemented in engineered structures, each production technology will have to reconstruct and prove the underlying basis for structural acceptability of these parts. The first substantial step forward in this regard can be found in the working ASTM standard WK46188, which specifies production and test specimen quality standards for the powder bed fusion method of additive manufacturing that’s used to create solid homogenous specimens.

This method is employed to create low volume, albeit safety critical components in both the aerospace and medical implant industries, and is a necessary, albeit small first step in developing quality standards that will eventually encompass all methods of 3D printing. This working standard is part of the massive working effort undertaken by the ASTM International Committee F42 on Additive Manufacturing Technologies.

The short term goal of emergent 3D printing technologies will be to standardize and replicate the basic homogenous, isotropic material properties of solid materials with the longer term/lofty goal of potentially optimizing and improving upon these material properties while saving weight and material costs.

The development of process quality and testing standards is already underway with the goal of verifying that the processes can duplicate strength parameters of materials fabricated from traditional manufacturing methods. However, it will take time before the full benefits of the technology can be harnessed and brought under the umbrella of traditional engineering FEA software and methods.

On the software development side, this will require a concerted effort with FEA software developers so that the tools and solvers are in place to characterize, model, and solve models with the complex internal geometries of 3D printed parts and components. Until then, responsible savvy FEA structural analysis engineers looking to blaze new trails and develop novel approaches to these hurdles should proceed with caution.

Gordon is a twenty-something mechanical engineer with an advanced degree in materials science. He is a product of the Rustbelt, currently residing in Pittsburgh after growing up near Cleveland. In his spare time, when he’s not searching for an exotic coffee or espresso drink, you can find him participating in an endurance sport, such as running or cycling.