What’s the root of ethics in engineering?

In all the fireworks debating whether software engineering is somehow a subversive underling of "real" engineering, we've only touched on the underlying core issue: engineering ethics. In the Twitterverse, many were quick to invoke the Calling of the Engineer ceremony, specifically citing a symbolic iron ring as indicative of the higher standard for which software engineers are not invited. Here's the problem: costume jewelry doesn't magically impart ethics, unless perhaps you graduated from Hogwarts. I might as well have fabulous secret powers revealed to me, hold aloft my magic sword, and say "By the power of engineering!" Fantastic magical crap aside, what then is the root of ethics in engineering? 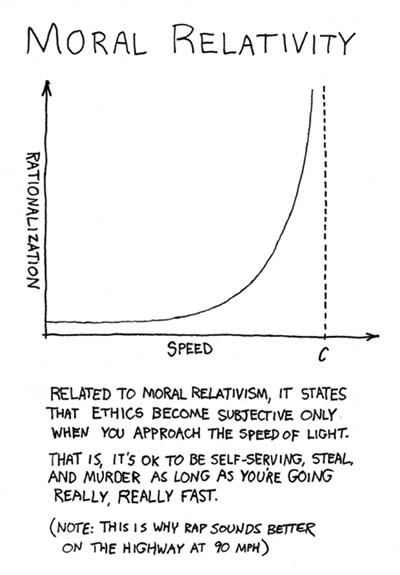 Indiana Jones and the Temple of the Seven Wardens

The theoretically secret ritual in question is the result of Rudyard Kipling's commission by The University of Toronto's H. E. T. Haultain. It was popularized in Canada and then imported some forty years later to the United States as the Order of the Engineer. While decidedly less renown stateside, Canadian engineering graduates are more indoctrinated to the ceremony thanks to the university institutionalization of the mysterious-sounding Corporation of the Seven Wardens. While that sounds like the antagonist for a movie where Harrison Ford or Tom Hanks run through architecture looking for clues, it's just the embellished language typical of the 1920's, when Kipling first authored the ritual. Who were the Wardens? Not Speilberg-esque aliens mind you, but just the seven former presidents of the Engineering Institute of Canada (EIC). Later presidents got no respect, it seems. The EIC was later fractured into a number of discipline-specific organizations, and re-founding as the Corporation of Two-Hundred-and-Thirty-Seven Bureaucrats probably involved an intolerable amount of paperwork. It also didn't sound quite as awesome.

Wardens and hippogriffs excluded, the whole thing is strictly an optional exercise for graduates and licensed professionals alike, and many have criticized the outdated language of the ceremony as both overtly religious and rather sexist. As much as I might love whistle pigs, hockey and Canadarms, for me the infatuation with the iron ring is a bit of a cultish distraction, seemingly designed to benefit whomever holds the lucrative subcontract to pump the wrought iron (stainless in the US) trinkets out in quantity. It's not surprising that there's little consideration for software engineers in all this, considering the Calling of the Engineer was invented a full 24 years before the first electronic computer, ENIAC, arrived on the scene.

An oath for engineering?

All biting sarcasm aside, the underlying purpose of such ceremonies are well intentioned. They try to establish a memorable context for ethical responsibility, likened to the Hippocratic Oath that medical doctors take. In fact that's exactly what Haultin's original intent was for commissioning the ceremony. But is an oath and a professional organization alone sufficient to be the root of engineering ethics?

No doubt the medical profession collectively holds the highest ethical standards, but the Hippocratic Oath, as many MD's would tell you, is merely a visible symbol of an overarching and systemic ethical culture that permeates all aspects of practicing medicine. The system is self-reinforcing, considering the high barrier of entry to becoming a doctor (a Bachelor's degree, 4 years of medical school, and up to 7 years of residency) eliminates all but the most determined and qualified individuals. Each practicing doctor is also individually licensed. It's also critically important that colleagues and institutions alike, including the hospitals, nurture this culture. Some might argue that may be eroding thanks to the rise of profit-driven healthcare corporations, which have put mounting pressure on doctors to make decisions that threaten to diverge from patient wellbeing.

And that highlights a critical point: the ethics of individuals while intrinsic to themselves is often highly influenced by the culture of where they practice their trade.

The medical ethics model and engineering

The call for engineering to emulate the medical profession's ethical culture seems sensible at first glance. But engineering isn't medicine, there are distinct differences in these two worlds:

It's about company culture

Considering the above, engineering ethics in most cases must be collectively oriented. Why instilling individual ethics is an engineer is certainly worthwhile, it is no protection for how companies can operate. Moral individuals superseded by an amoral corporation is a difficult conundrum indeed. And so the foundation of engineering ethics must be organizational - it must be championed and nurtured by a pervasive culture within each company. The Volkswagen diesel debacle, for example, is not a failure of software engineering, or engineering of any type, it's the failure of company culture. How to ensure the right company culture is a more complex problem, one that extends beyond engineering and in many cases involves governments, regulation, and audit transparency. There are no easy answers, and unfortunately that can't be solved with rings of any size.