Graphics performance is no doubt key to CAD productivity. Common recommendations involve running up the bill with professional level GPUs in certified hardware configurations. But is such a setup a wise investment? Hardware and software vendors tout how certified professional graphics cards are all that, and throw down the benchmarks to prove it. Many CAD hardware enthusiasts, however, contend that pro cards are perhaps an alien conspiracy designed to empty your pockets, and that consumer-grade gaming GPUs are up to the task at a fraction of the cost. The truth in the bewildering world of CAD graphics is complicated. But it’s out there. You see a pattern emerging here, Scully? 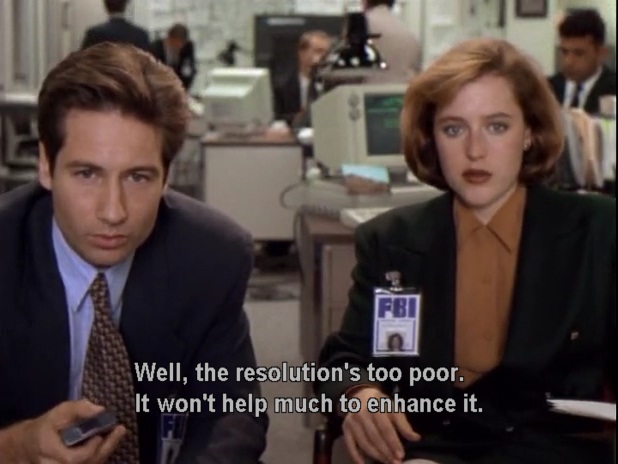 The first point of contention in our little investigation: are professional GPUs running superior hardware? The answer to that is mostly no. Modern pro-level graphics cards share the exact same core hardware as their consumer counterparts and as far as the silicon is concerned, have equal graphics compute potential. We touched on this particularly irritating fact when making graphics card recommendations for our kick-ass CAD workstation.

There’s minor variation with regard to binning, a common practice with mass-produced silicon, where specific chips are sorted based on their performance on internal quality tests during manufacture. Chips that well exceed the quality threshold are “binned” as more expensive professional parts on an assertion of reliability, while those that don’t do as well, but still nonetheless still pass, are destined for lower-cost consumer markets. But the GPU cores are still the same.

Furthermore, the improved reliability of modern chip foundries make such distinctions practically irrelevant. In some cases, ECC memory is used onboard for pro-level cards, but that’s not going to matter all that much either. Selling the same thing at two different price points sure does sound like something the cigarette-smoking man might use to pull your chain.

Believe it or not, in past years some professional level cards actually carried GPUs that were a generation behind their consumer equivalents. While that smells like the worst kind of conspiracy, most of this had to do with the longer lifecycle of CAD workstation hardware, where machines are typically leased/purchased on 3-5 year cycles. During that same time, hardcore gamers on the consumer side were pining after new and exciting hardware every 6-12 months.

Despite the fact that the silicon is the same, there’s a deeper mystery. Take a pro card and a consumer card on the same workstation, fire up Specviewperf, run some tests (say for Solidworks, NX, or CATIA) and you’ll find that consumer cards get destroyed in the benchmarks.

If there’s no magical flux-capacitor in there to grant everlasting CAD goodness, then how, save for intervention by the supernatural, is such a thing possible? The truth, just like that Fight for the Future movie, may make you just shake your head in disapproval. The secret sauce is in the drivers.

Level two of the conspiracy is the graphics drivers which contain optimizations that specifically accelerate a variety of professional graphics applications, including CAD. The drivers are engineered to run only on the professional cards. Not because the hardware is more capable, but because they just won’t let you.

Consumer graphics hardware is excluded from the inner circle.

Understandably, when confronted with such an unsettling truth, some enterprising CAD enthusiasts revolted, finding ways around such artificial limitations by soft or hard modding consumer cards to run an optimized driver. You can bet it wasn’t long before the graphics card secret police closed the loophole and disposed of the evidence.

How can such shadowy evil be justified? Truth is, quite a bit of time and effort goes into creating and maintaining those driver optimizations. The process for creating certifications for each driver version, among the plethora of available hardware configurations and CAD platforms is onerous. So the cost of all that is passed to those that directly benefit –the professional users– while gamer cards are withheld from that privilege because they just didn’t pay to play.

But that’s still not all of the truth, the web of graphical intrigue goes deeper still, into very old battles over technology standards. Take for example benchmarks with AutoCAD, where the gaming cards actually prevail. How does something like AutoCAD manage to perform without optimized drivers? It’s all about an old war over graphics application programming interfaces (APIs).

As we peel the onion back layer by layer, the fact that most CAD platforms are dependent on a graphics API called Open GL is revealed. It’s a fitting joke that the API sounds like a bad 90s band, considering that the Open GL implementation for CAD hasn’t changed significantly for about as long. Open GL’s strength is in its extensibility, which was key in introducing CAD-specific rendering optimizations in a time when consumer-facing 3D graphics were in their infancy.

Open GL also featured prominently in the early evolution of 3D gaming, getting a notable boost from Quake ala John Carmack: full-time genius, the man behind Doom, failed rocket engineer, and now fully indentured Facebook employee. But chiefly this was from a time when games looked like some kind of neo-cubist artistic movement, with rough polygons big enough to land a plane on.

Gaming and consumer 3D has evolved significantly since. In the intervening years, Microsoft waged war on Open GL by creating, promoting, and evolving their own 3D API for Windows called DirectX. It’s a war they handily won, and that consequently many have forgotten. That’s why most consumer cards have crap OpenGL drivers, it’s something that no one care about anymore, not even Carmack. It’s a great topic to argue about at the local bar, after you’ve already flipped the table over arguing about Linux as a viable consumer OS and the host not-so-politely asked you to shut the hell up and talk about something else (like that’s ever happened).

In 2010, Autodesk abandoned OpenGL and embraced DirectX. And now you know why AutoCAD works well with the consumer level cards.

With a DirectX rendering pipeline, consumer level graphics are more than enough for all but the most complex CAD applications. Expect more CAD platforms to follow in the future. Not to mention that for any browser-based CAD platform, the whole question is moot.

So will the very foundations of the professional graphics card market come crumbling down? Here comes the part that may make you happy then make you sad. Like when Scully and Mulder stare at each other for entirely too long.

CAD is no longer near the tip of the spear for graphics rendering.

That may sound like an insult, or worse, grounds for a fight. While some of the most complex CAD assemblies still justify the current market segmentation, the average model is no comparison to mind-boggling developments in other corners of the professional graphics market. CAD is competing with the people who are busy rendering procedural fire or are cranking out the next Star Wars. CAD is overshadowed by James Cameron raising the bar on giant cat people, or Pixar generating photorealistic landscapes for The Good Dinosaur.

Open GL extensions for professional graphics functionality still matter to a point, but just not for CAD for much longer. The frustration will lie with the CAD software providers, many may be slow to adapt to this reality. But with every tablet that’s used to run CAD, or for every CAD user who just runs a consumer card and doesn’t miss the professional option much, that reality will get ever closer.