And the winner is...

Frustum was pleasantly surprised when the competition received more than 200 entries.

"Working with the GrabCAD team and its brilliant and global community of engineers, gave us a myriad of innovative designs,” said Jesse Blankenship, CEO and founder of Frustum. “We had more than 200 entries, most embracing the freedom additive manufacturing brings and creating designs not possible with traditional manufacturing techniques.”

There were three winners selected: 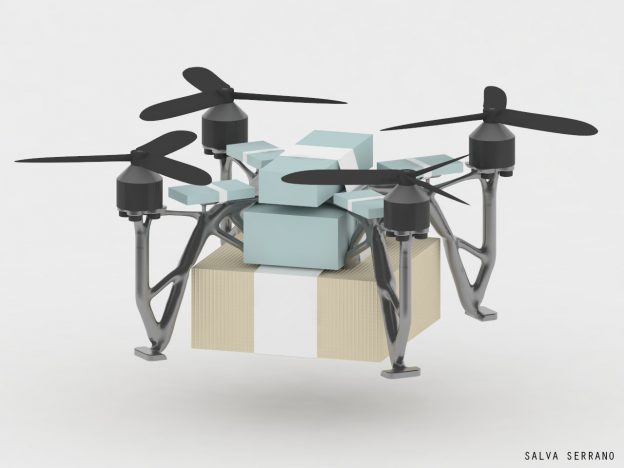 Why it was picked: The design of the optimization addressed all of the requirements of the challenge while integrating useful features such as legs and feet that aid in takeoff and landing. The balance between the 3 dimensional constraints of the design space and the applied loads results in a quadcopter airframe that straddles the line between an over engineered heavy result and a result too delicate to be airworthy. Although the designer did make adjustments to the mesh created by Generate, the adjustments were minimal. The design also looks great.

“I am incredibly honored to be selected as the winner of this challenge,” said Salva Serrano, first-place winner and co-founder of Ootro Estudio, an Orihuela, Spain-based architectural and design studio specializing in 3D modeling and digital manufacturing. “With my proposal, I tried to explore the possibilities of Generate as a structural design tool. I focused on securing the entire frame utilizing the topology optimization process – from the landing feet to the arms that hold the motors. It was fun to watch the software sculpting the shape of the frame as a virtual Michelangelo.”

US | The Generate Quadcopter Challenge 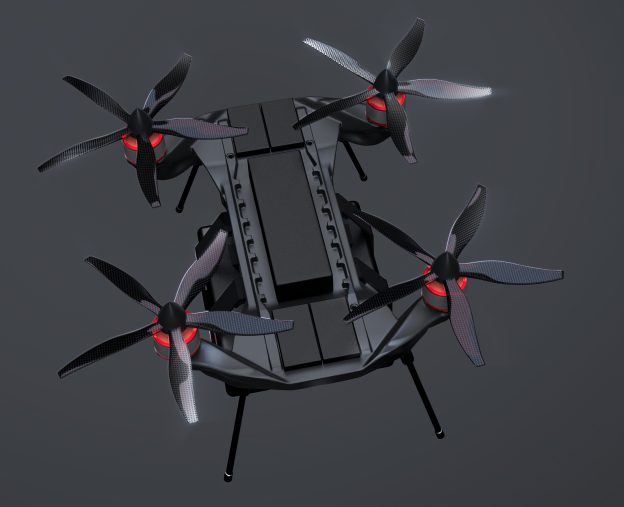 Why it was picked: This entry looks toward the future where generative design is integrated more closely with traditional CAD techniques. This entry relied heavily on the designer's ability to work with meshes and to post process the Generate results, something we are actively working to improve in future releases of Generate. The airframe is very rigid and will endure many crashes. The design looks quite futuristic as well. 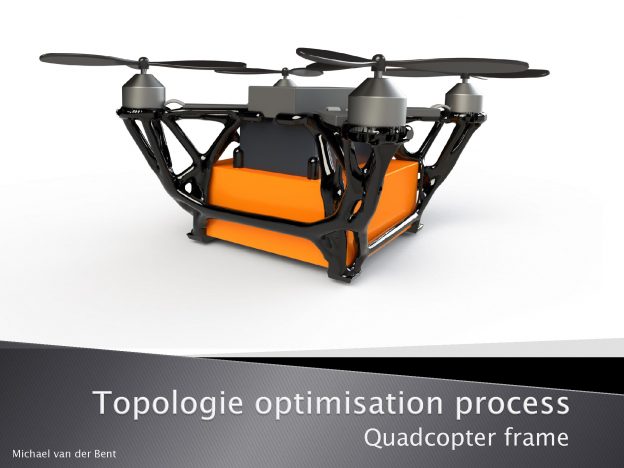 Why it was picked: The documentation and decision making processing submitted with this design are great. The design space takes into consideration all of the requirements for the challenge. The differentiation between a static and dynamic approach to applying loads demonstrates a clear understanding of the problem. The design process also demonstrates the user searching through the results for the perfect balance between performance and airframe mass, exactly how we imagine a designer using Generate. The airframe is very rigid and provides excellent protection of the payload and electronics should a crash occur.

"I had used Generate previously and the GrabCAD challenge gave me an opportunity to dive back into the software offers significant optimization potential in material savings, product weight, and strength, all of which contribute to a better overall design,” noted third-place award winner Michael van der Bent, an improvement engineer at Thyssenkrupp Accessibility, a stair lift manufacturer based in the Netherlands. "When using the topology optimization, Generate allowed me to quickly see results and create multiple iterations faster than any other software I’ve used.”

Design submissions were evaluated by a panel of Frustum employees, including Blankenship; Robert Wilson, president of Aerospace Advisory Group and former president and CEO of Honeywell Aerospace; and a member of the GrabCAD software organization. The winners received cash prizes of will receive cash prizes of $2,500, $1,000, and $500 respectively, as well as a free subscription to the Generate platform.