If An 18-Year-Old High School Student Can 3D Print With GrabCAD Print, So Can You!

As an 18-year-old senior in high school planning to study business in college in the fall, you would think I’d have no connection with engineering whatsoever. It’s true, I really don’t, but with an eye in business, I see great potential for the 3D printing industry. As 3D print technology becomes more accessible to people of all skillsets, it wouldn’t surprise me if the technology changed the way we build and innovate in the future.

But, before I go any further, let me formally introduce myself. My name is Luka Ilic, a marketing intern at Stratasys’s GrabCAD Boston office who ironically knew nothing about 3D printing nor what CAD even stood for before I walked in the door here. Little did I know, however, that using GrabCAD Print is actually much easier than it seems. 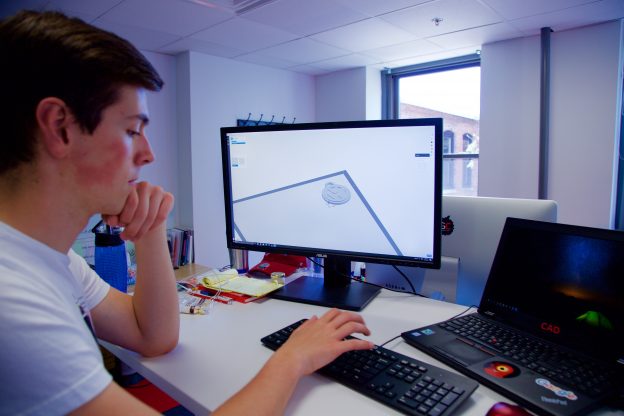 Using the GrabCAD Print software itself was quite clear the first time, too. Not only that, but it was free to use and download!

First, I downloaded a model from the GrabCAD Community library. I decided to print out a Volkswagen logo as a keychain for my car keys (since I drive a Volkswagen). When I imported my CAD file to GrabCAD Print – it was a SOLIDWORKS file – there weren’t too many buttons or panels to confuse me. Moving the logo around, rotating it, and scaling it was fairly simple as well in the program. Much less laggy than doing so in other programs such as Google SketchUp. Orienting the model so it would lay flat on the tray was fast and efficient. I quickly learned that it takes a shorter amount of time for parts to be printed if they are laying flat on the tray with the orient tool. Now it's was just a matter of selecting a printer – I used the Stratasys F123 Series 3D printer – and, like with a traditional 2D printer, I set a few parameters and just hit print. 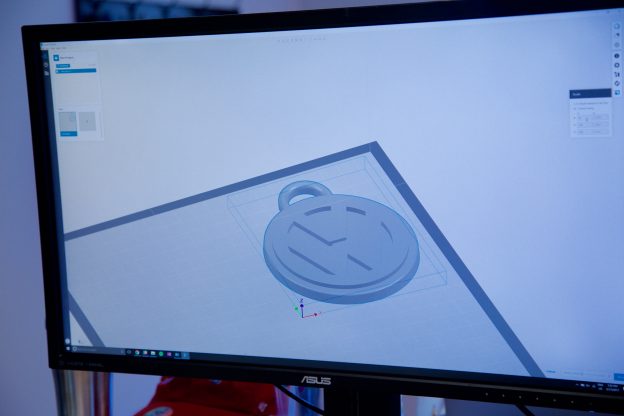 Luka was surprised at how fast and simple GrabCAD Print was to use.

The scheduling tool was super helpful, since it told me what time the model would be finished printing. It was kind of a shock to discover that CAD models take hours to print and finish! As a teenager, I have little to no patience, so realizing that even a keychain could take a long time to complete put somewhat of a damper on my first 3D printing experience. However, the live camera view helped a lot since it showed me how far along the print had come at any given moment. In fact, when I went to lunch, I could check my GrabCAD mobile app to see the live view camera on-the-go! Get the GrabCAD Print app for your Apple or Android.

Once the print was finished, a quick soak in the bath to remove the support material and I had my first 3D printed part in less than a few hours! 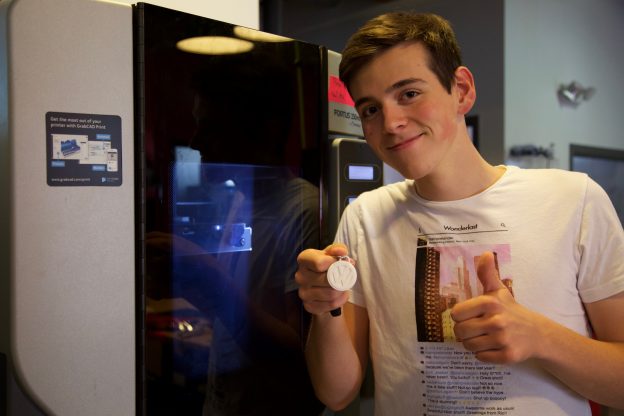 I found it surprising that a non-engineer student like me could use GrabCAD print with such ease and simplicity. GrabCAD Print helped open my eyes to how accessible 3D printing can be!

I would totally recommend GrabCAD Print to people of all ages who are just starting out with 3D printing, or even those who already have previous experience using 3D printing software.

Special thanks to GrabCAD Community member Romano Maric for providing the CAD model of a Volkswagen keychain that was used to 3D print for this piece.