Each week, we spotlight one of the almost four million members of the GrabCAD Community doing interesting things. This week, we picked Paul Hammerstrom, the owner and operator of Paul Hammerstrom Design, which specializes in design with an emphasis on the detailed engineering side. 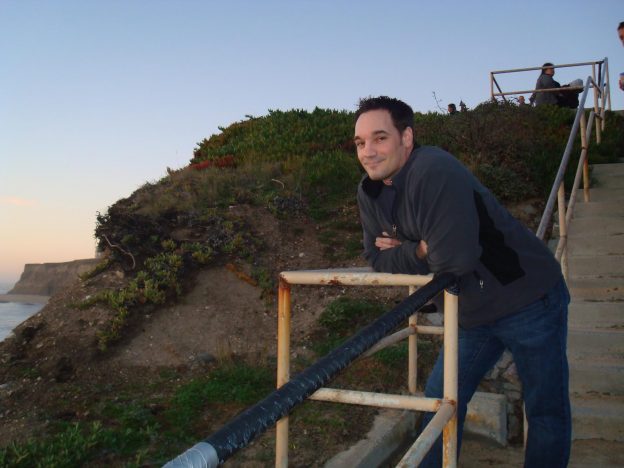 First, we let Paul tell us a little about himself: My “real” design engineering career started after a stint at Pratt & Whitney. I spent some time at Pratt & Whitney doing thermodynamic and fluid dynamic analysis on jet engines and jet engine test cells. After working for Pratt & Whitney, I took a job working for one of my childhood heroes, Horst Leitner. Under Horsts mentoring, I began to learn that the beauty in engineering is creating simple efficient designs. At his company, AMP Research, I mainly worked on improving the design of their mountain bike disc brake system.

In 1998, I took a job with Cannondale Bicycle Corporation working on designing disc brake systems for their internal brand CODA. I worked on designing a low cost 25,000 unit/year disc brake assembly. I was also responsible for doing up front simulation and field data collection as well as working with the testing department to ensure that all the designs met and passed international testing standards.

The real reason I took the job at Cannondale was to work in the Motorsports Division, and it wasn’t long before I was working in the motorsports division. Another engineer and I were tapped with designing a high-end racing ATV from the ground up. We went from napkin sketch to prototype in four months. There is so much that I learned doing this project that it would take a book to fill. I worked on all aspects of off-road vehicle design from engine development, to frame development, to international standards, etc. After the ATV was in production, I became the Engineering Manager for the motorsports division. In this position, I spearheaded several initiatives that helped steer the company in some positive directions.

After Cannondale, I worked for Fox Racing Shox. At Fox, I helped organize the Engineering Department, enforced adherence to ASME Y 14.5 geometric tolerancing, and set up the product data management system.

Then I started my own business.

What was your favorite class in college?

My favorite class from college was Biomechanics. It just amazed me at how efficient the human body works.

What's your favorite feature of Workbench?

My favorite feature of Workbench is the comment and markup tools. They help a lot when communicating with clients.

Do you have a favorite bike company?

What makes them different from others?

I think they have some really innovative, out of the box suspension designs.

My favorite quote is a Poem titled "The Secret Sits" by Robert Frost. It is:

"We dance round in a ring and suppose,

But the Secret sits in the middle and knows."