We take another look at some of the cool things happening all around us in the worlds of technology, 3D printing, and robotics.

Imagine being able to get nicely bronzed skin without even setting foot in the sun. Even better, imagine being able to get nicely bronzed skin without increasing your chance of skin cancer. A team at Massachusetts General Hospital has created a rub-on drug that tricks the skin into producing melanin, the brown form of pigment. In doing so, it skips the damaging step that the sun has which can lead to UV damaged skin and skin cancer. The drug is different than a fake tan or tanning lotion because it doesn’t just “paint” the skin, it actually starts the production of melanin within the skin. People are constantly striving to have sun-kissed skin, but the consequences of chasing that desire can be deadly. Although additional research still needs to be completed, this drug could potentially eliminate the risks that come with getting a tan. 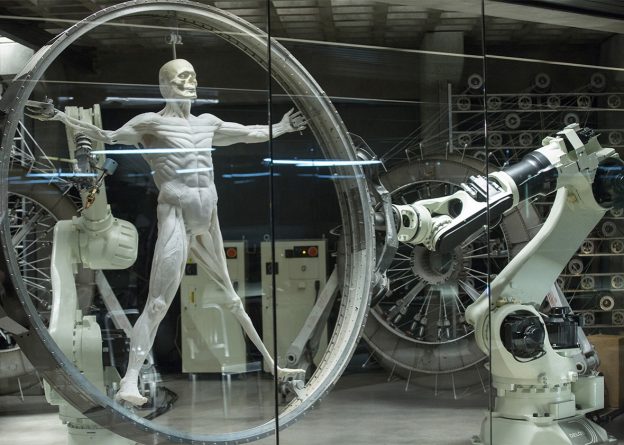 If you had the option to find out how much longer you were going to live, would you want to?  Researchers at the University of Adelaide are getting people to think about this question with a new computer system they are designing. They are in the latter stages of creating a system that looks at and analyzes the organs of subjects to figure out just how much longer they have to live. Although many people may not want to know the answer to this question, the technology is most useful in detecting illnesses which would make it possible for early medical intervention. Researchers have been able to train this computer system to recognize the appearances of diseases and subtle patterns of each disease. From the image of the patient's organ, the system uses large volumes of data to detect how severe the disease is based on incongruities. From this, doctors can tell what specific treatment needs to be administered. This has great implications for early detection and prevention of serious illness such as heart attacks.

One Earth Designs has created a grill that will revolutionize the way people cook outdoors. SolSource is a solar cooker that can be used in any place imaginable with only the help of the sun. The cooker is basically a solar-powered grill that does not require any fuel or produce any fire. Because of this, SolSource can be used in National Parks, on beaches, and even in apartment buildings. On their campaign page, they state that as long as you can see your shadow, you can cook. Dr. Caitlin Powers, the brains behind SolSource, says she got the idea for this cooking device when she found out that more than half a million people die in China every year due to breathing in toxic cooking smoke. With this idea in mind, she designed SolSource, which is now used not only in China, but worldwide. In being able to withstand winds of up to 30 miles per hour and temperatures as low as 30 degree and as high as 100 degrees, the SolSource is the next big thing when it comes to outdoor cooking.

In a world where cyber attacks are just a click away, we are always looking for ways to protect ourselves online. You are probably familiar with the “I am not a robot” test, in which you are asked to click a button that says “I am not a robot,” or choose all the pictures of some inanimate object like a car. The way the computer is able to tell if you are a robot or not is by your mouse movements. Robots typically have fast and straightforward mouse movements while humans tend to deviate from a straight line when clicking on images or moving from place to place on the screen. Using this knowledge, Italian researchers are looking at how humans move a mouse when they are telling the truth (clicking a button that indicates a truthful response) as opposed to when they are lying. After conducting a study with 40 participants, these researchers were able to build a machine-learning algorithm that could tell with 95 percent accuracy whether a person was answering an online question truthfully or not based on their mouse movement. Using this algorithm, new verification methods can be put in place to insure that you are who you say you are.

As humans, we have an inevitable tendency to judge other humans. One of the biggest challenges that people face when they start therapy is that they feel as though they are being judged by their therapist. To almost completely eliminate this feeling, researchers at Stanford University have created Woebot, a therapy robot. Woebot uses Cognitive Behavioral Therapy to help bring the negative thoughts of an individual to a more positive light. This is a very commonly used therapeutic technique that, until now, was thought could only be administered by humans. By using a Facebook messenger to deliver real-time advice and questions such as, "What are you doing right now and what's your general mood?" Weobot can help to reduce both depression and anxiety in users. The biggest advantages of using Weobot is that it’s completely judgement free, many people don’t have the time or money to see a therapist so Weobot offers an affordable and convenient way to talk to someone. Since it's a robot, it also remembers all of your conversations and can detect changes in your mood so that it can tailor suggestions. It is scary to think that robots are taking over our jobs at such a rapid pace, but if they are helping people more than a human can, then maybe it’s not so bad afterall.

Breakthroughs in the world of 3D printing are taking place every day, but one area where that is really unfolding is 3D printed skin. Scientist in South Korea have created a new method for 3D printing skin that reduces both the cost and time it previously took. Using a hybrid 3D printer that uses both extrusion and inkjet modules at the same time, they are able to print skin in a way no one has done before. The extrusion-dispensing module creates a collagen-based material with a polycaprolactone membrane that prevents the collagen from contracting during the maturation of the skin tissue while the inkjet module distributes keratinocytes – the most predominant cell type in the outermost skin. This new method, of using both modules simultaneously, can create stratified epidermis layers in just 14 days and is 50 times cheaper than alternative methods. This new technique will be critical for medical uses such as for burn victims.