What’s better than Paris in the spring?

That would be Paris as spring slips into summer this week through Sunday, June 25, when the 52nd annual International Paris Air Show takes place at the Exhibition Center of Le Bourget, just a few kilometers north of the heart of Paris. 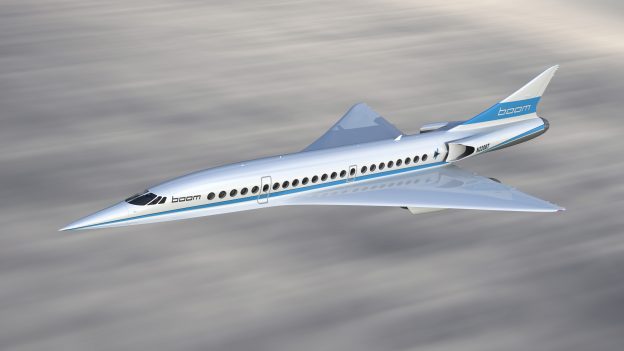 Stratasys will also be highlighting a few of its partnerships, including one recently announced, with Boom Aerospace, at the International Paris Air Show.

Jim Vrurpillat is the marketing director for automotive and aerospace at Stratasys, has been at the forefront of 3D printing innovation and solutions for more than 25 years. Vurpillat is particularly excited about the show this year. Not only will the company have an awesome team in attendance, including top company officials and application engineers expert in the aerospace industry, but Stratasys also has a number of big announcements to make – and some great stories to tell.

“The Paris Air Show is the largest industry trade show in this vertical. For us it’s an opportunity to really showcase to the industry the solutions we can provide, and the value we can bring when it comes to additive manufacturing,” Vurpillat says.

Stratasys plans to highlight how the company can help customers develop rapid prototyping, significantly improve tooling capabilities, and reduce the number of production parts required, among other solutions. The company also plans to focus on several value-added applications that tell a story, thereby helping customers envision how they might use the same technology, Vurpillat says. The company also will offer an augmented reality experience that will showcase the aerospace factory of the future.

One story that the company will highlight at the Paris show is Stratasys’ work with United Launch Alliance (ULA), a 50-50 joint venture owned by Lockheed Martin and The Boeing Company, on the Atlas V Rocket. The Atlas V rocket is a workhorse that boosts into space everything from missile-detection/early-warning satellites to cargo ships bound for the International Space Station. It will launch out of the Cape Canaveral Air Force Station in Florida and the Space Launch Complex-3E at Vandenberg Air Force Base, California.

“What’s wonderful about this story is that it really showcases the capability of 3D printing and Stratasys,” Vurpillat  says. ULA’s goal was to reduce both the weight and the number of parts required to make a duct that drives cooling into the avionics system. Manufactured the traditional way, it required 140 different parts, all machined aluminum. Working with Stratasys, the team working on the project reduced the number of parts to 16 and reduced the weight by nearly 60 percent. The time required to assemble the duct was reduced dramatically as well.

“Ultimately, with 3D printing, if you reduce the number of parts, you can improve supply chain efficiencies,” Vurpillat says.

With these case studies, he added, “we should be able to spur some great discussions about what else you can do. We like to talk about the story, the benefits, the value, and it walks right into the benefits to the industry as a whole.” 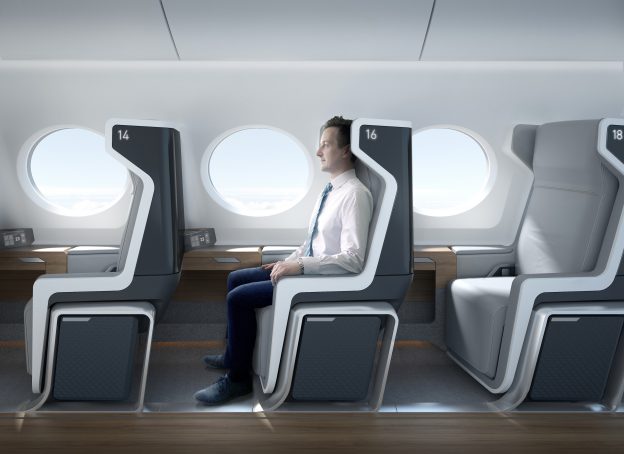 Boom is developing a supersonic airliner designed to fly 2.6 times faster than any other aircraft, and they plan to accomplish that with the help of Stratasys.

There will also be several big announcements, including Stratasys Aircraft Interiors Certification Solution,  which provides customers with a certification roadmap for additively manufactured parts.

“When an engineer wants to get a part certified with the FAA, they have to have a lot of data. That data did not exist for 3D printed thermoplastics. So that’s what we’ve created,” Vurpillat says.

“We provide our customers with the technical support to go through the certification process to make sure everything is lined up,” Vurpillat says.

This is a big deal because, with all of the obvious and numerous benefits of 3D printing and additive manufacturing, the final hurdle for many customers is certification, Vurpillat says.

“We’ve been working with the aerospace industry for over 25 years, and we understand the pain points of engineers,” he says. “And that’s what we’re trying to bring to light.

“One of the things that we will have at Paris is our airline theater, a cutaway of a fuselage, if you will,” Vurpillat says. “We have a couple of airline seats that we’ve modified and put parts on. We show the interior walls of an aircraft, basically. We’ve all sat on planes, they’re white and have that little window shade, and it doesn’t matter if it’s American Airlines, JetBlue, or some other airline, it all looks the same. Well, one thing 3D printing allows you to do is make those interiors more customized. You can have window panels that include the logos of the airline. You could customize a unique look to the window, really with no additional cost.”

Stratasys will also be highlighting a few of its partnerships, including one recently announced, with Boom Aerospace, a company that has a goal of making supersonic travel routine for business-class customers. The companies said in a recent announcement that Boom is developing a supersonic airliner designed to fly 2.6 times faster than any other aircraft. With top speeds of more than 1,400 miles per hour, a trip from New York to London could take as little as three hours, instead of seven or eight. And Boom plans to accomplish that with the help of Stratasys.

Also on display in Paris will be Stratasys’ augmented reality immersive experience, which will highlight the company’s next generation manufacturing technologies.

“The AR part is pretty interesting,” Vurpillat says. “Last year at [another] large manufacturing trade show, we introduced two demonstrator machines. One was called the Infinite Build 3D Demonstrator, and the other was a Robotic Composite 3D demonstrator. Neither are commercially available, but we wanted to show how they will take Stratasys' additive manufacturing on to the manufacturing floor of the future. The Infinite Build, as its name implies, is a very large format printer that can print parts of almost unlimited length. And the Robotic Composite is a six axis robot with a two axis motion controlled table. As you build the part, the table and the robot can move, so you can get some very dramatically shaped parts, and very strong parts, since you are always orienting the part to give it its strongest tool path.”

Vurpillat says it’s impractical to pack up the huge machines and take them to every trade show, so at the earlier manufacturing trade show, they created a VR set-up that starts by putting the participant aboard a plane.

“There’s a flight attendant talking to you and then you take off and land in the factory of the future,” he says. “It’s a way to showcase our future that we want to share with our customers.”

All of that sounds tremendously exciting, and all so close to the heart of Paris as well.

Will Vurpillat be doing anything other than attending the air show? All work and no play makes Jim a dull boy, after all.

“From what I’ve heard it’s a long show and very long days. On the other hand, it’s Paris. How could you not go out and find some good food?”

Pem McNerney is a writer and editor who lives on the Connecticut shoreline.