Largely acknowledged as the largest global aerospace event, the air show attracts huge numbers of exhibitors and visitors alike, and is a heady combination of business and pleasure. It’s not too hard to understand why: Both the number of business and vacation travellers continues to grow every year, helping fuel the demand for innovative and improved passenger aircraft. Today, such design enthusiasm is only surpassed by defense industry applications. Yet despite the differences in purpose, both civilian and defense aerospace projects are benefitting tremendously from the progress being made with additive manufacturing. 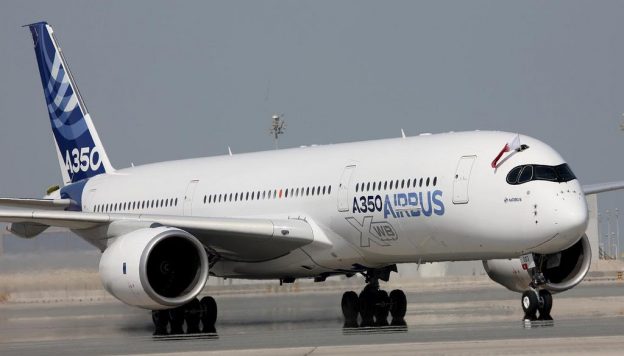 The International Paris Air Show 2017 runs from June 19 through June 25.

The last two decades have seen the aerospace industry drive innovation with additive manufacturing processes. In fact, industry leaders have pushed the technology well beyond the original boundaries of prototyping into advanced tooling and now production applications. This has largely come about with the ability to print more lightweight, yet complex, parts from a wider palette of materials — both plastic and metal. Consolidating complex assemblies to reduce weight and improve functionality has also been central to the adoption of additive manufacturing for aerospace applications.

Since the last edition of the Paris Air Show two years ago, there have been some significant AM developments in the aerospace sector and it seems timely to discuss some notable examples.

But first, it’s important to acknowledge that despite the prolific headlines, aerospace design is not all about rocket science. Some of it is to be sure, but that’s certainly not the whole picture. For example, today there are more in-flight applications of higher-volume plastic 3D printed parts on commercial aircraft than there are metal. These are generally non-critical components that improve aircraft economics — either in actual production, over the lifetime of the plane, or both.

The engines that enable aircraft to fly and the OEMs that design and build them understandably dominate industry focus and general layperson interest. But even just a cursory glance over the 2375 exhibitors at this year’s Paris exhibition is testament to the breadth, scope, and depth of the industry and the vast supply chain that contributes to it. While the additive manufacturing sector remains comparatively small, there is evidence that it is filtering into the aerospace industry at every level and across the product category spectrum.

As is well known within the industry, weight savings is the dominant design driver for new airplanes. Did you know that eliminating just one pound from an aircraft brings a fuel savings of 14,000 gallons per year for a typical commercial airliner? This data comes from an interesting infographic from Stratasys, a company that in recent years has been increasingly serving the aerospace industry with additive manufacturing solutions. Indeed, the company has broadened its range of flight-approved 3D printing materials for its additive systems, as well as begun providing approved contract manufacturing services with metal materials.

Fire retardant materials are vital for any aircraft component, whether it is critical to the function of the plane itself or its internal furnishings. Cabin space, for example, undergoes nearly constant design overhauls in the eternal endeavour to reduce weight while improving functionality and aesthetics. Just one example is Airbus.

In 2014, Airbus specified Stratasys’ FDM technology for plastic production to help meet a customer deadline. Fast forward to the end of last year and the announcement by the two companies that Airbus was “standardizing on ULTEM 9085 3D printing material for the production of flight parts for its A350 XWB aircraft.” Certified to Airbus specifications, this material combines a high strength-to-weight ratio with FST (flame, smoke, and toxicity) compliance.

These plastic applications are in the air now and any time I board a flight these days, I find myself eyeing my surroundings looking for 3D-printed evidence. Well, at least I do when I’m not on my way home and beleaguered by jet lag!

But in addition to the aircraft design and printing advancements I have already noted, the last two years have also witnessed a notable resurgence in research and development investment, specifically in the production of critical aerospace components with metal AM and 3D printing processing — and some of this is about rocket science.

I’d go so far as to say that all of the dominant aerospace OEMs are conducting research and development in this vein — including Rolls-Royce, GKN, EADS/ Airbus (and its many subsidiaries), Boeing, BAE Systems and, of course, GE Aviation – and all have documented some level of metal AM production advancements.

Rolls-Royce has longevity in this space and at the end of 2015 was conducting test flights with the (then) largest additively-manufactured aero engine structure, produced on an Arcam machine. The company has been advancing metal powder-based manufacturing for specific aerospace production applications for more than a decade, collating all the data from that process with the aim of being “an intelligent user.” That said, with Arcam now under the GE banner, you have to wonder how that will play out and whether Rolls Royce will look for new suppliers.

Partnerships seem to be the key to successful research and development for application development and adoption. For example, just this month GKN signed a five-year agreement with US research facility Oak Ridge National Laboratory (ORNL). The collaboration will focus on the development of additively-manufactured, large-scale titanium parts for aerospace applications, based on GKN’s proprietary AM process. The method, Laser Metal Deposition with wire (LMD-w), utilizes a laser and a robotic arm to fuse the metal wire material.

Another recent partnership is the one formed between Norway’s Norsk Titanium and Boeing, for a project based on Norsk’s Rapid Plasma Deposition AM process.

And then, of course, there is GE Aviation, a company that has been an active user of AM technologies for more than twenty years. But even given its long history, GE has seen fit to turn the AM crank up a few notches.

The acquisition of Morris Technologies in 2012 and the additively-manufactured LEAP engine fuel nozzle application, the first of which took flight on commercial aircraft last year (Airbus), provide evidence of just how seriously GE is taking AM these days. This, coupled with its acquisition of two metal AM system providers (also last year), truly eliminates any doubt about its commitment.

It has been reported that GE’s order book for the LEAP engine alone is in excess of 10,000 units – a market value of $145 billion! Moreover, just seven months ago, the LEAP-1C jet engine — 3D printed fuel nozzles included — was approved by the Federal Aviation Administration (FAA) and the European Aviation Safety Association (EASA).

Even more recently, GE Aviation announced additional progress on its advanced turboprop engine, which is set to power the new Cessna Denali aircraft from Textron Aviation. According to GE, the turboprop engine is the result of “utilizing technologies proven on other GE engine platforms,” which allows the company to balance “‘all-new’ with ‘low-risk plus high value’ for business and general aviation operators.”

GE is typically not shy about discussing its commitment to AM. But in a recent video featuring its new turboprop engine, the company is somewhat reticent about overtly promoting its use of AM — but all the clues are there.

There is no doubt that GE Aviation will have a huge presence in Paris — they even have their own chalet! But I suspect the AM vendor companies will have high profiles as well.