It's no secret Toyota makes some tough and highly reliable vehicles. That fact irks some people who don't share the love. They take issue with any number of problems with Toyota as a brand and company. But that doesn't eliminate the question of why Toyota's been so successful at the reliability game, even despite some recent controversy. 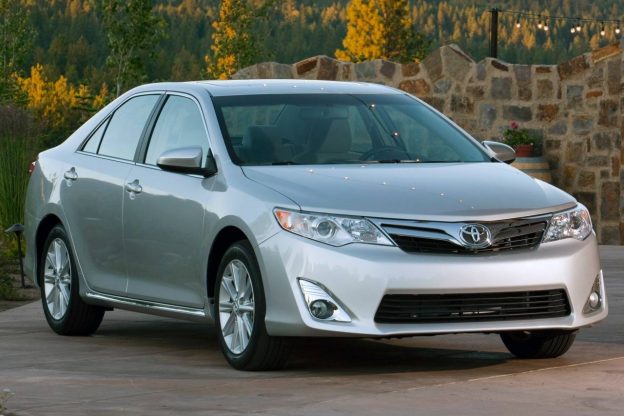 Just a few short years ago, Toyota found itself under investigation by the United States government. There were accusations that the Japanese automaker was supplying ISIS with trucks, especially the Hilux. After all, the terrorist organization seemed to use Toyotas almost exclusively.

Naturally, Toyota denied that it supported terrorism in any way. The investigation never went anywhere. As many automotive industry experts pointed out, ISIS was just choosing vehicles that wouldn't leave their fighters stranded in the middle of nowhere, because that could cost them their lives.

So, yes, Toyota's reputation for reliability is well known around the world. The question is why?

Sometimes called lean manufacturing or just-in-time manufacturing, the Toyota Production System has become legendary. It was born out of necessity, just like many innovations.

After World War II, Japan didn’t have the kind of resources America and Europe did. Instead of using multiple stamping presses to manufacture vehicle parts, Japanese automakers had to work smarter.

With a manufacturing process that wasn’t constantly forging forward, Japanese workers could bring the entire production line to a halt if they realized anything was wrong with even one vehicle. This ability is called Jidoka in Japanese. Management could then fix the problem before it was an issue for many cars. That was a different approach when compared to American and European factories, where manufacturing defects were handled after vehicles rolled off the production line. That meant other automakers didn’t catch mistakes until quite a few cars were affected.

Another key element of Toyota manufacturing has been continuous flow processing. It means less idle time in factories. One way Toyota could achieve this principle was by implementing a flexible manpower line, instead of a fixed-manpower line that can't adapt to shifting needs

The Toyota Production System actually started with W. Edwards Deming, an American sent by the U.S. government to help rebuild Japan after WWII. He implemented a set of measures for production quality to be constantly improved, instead of just being a periodic activity. The idea behind this approach was that by always making changes to boost quality, a manufacturer would achieve sustainable growth.

Over time, the rest of Japan's automotive industry began mimicking Toyota's strategy. But Toyota has continued to perfect its approach, keeping it ahead of the pack.

Obviously, Toyota's manufacturing techniques are secret. Other automakers have tried duplicating them, with varied levels of success.

One of the most interesting examples comes from GM. During the 1980s and 1990s, the American automaker engaged in lean manufacturing principles, but it didn't turn out so well. Among the many reasons why was internal bureaucracy sabotaging those efforts. The rise and fall of Saturn is among the most potent examples of how that happened.

Workers and even management within GM resisted and even sabotaged the lean manufacturing process. They found it a threat, or thought it wouldn't work.

Transition to 2017. Most automakers have been successful at using the Toyota way in their manufacturing practices. As a result, vehicle reliability throughout the industry is way up, and consumers reap the rewards.

The big question you likely are asking is why is Toyota still at the top of the heap when it comes to reliability, if everyone's copying it? It has to do with profitability. Thanks to numerous internal efficiencies, Toyota has notoriously fat profit margins. The company can spend more in R&D, engineering, etc., which means improved reliability. That in turn sells cars, which fuels big profits, and the cycle continues.

To be frank, just because Toyotas run forever with few problems doesn't mean they're necessarily engineered better than BMWs, Cadillacs, or Fords. As Consumer Reports concluded, American and European vehicles have more reliability issues because they incorporate more cutting-edge designs.

Those more complex designs include not only electronics, but also innovations in chassis layouts and powertrains. A prime example is how many European cars can be found with a dual-clutch transmission.

Go to a car show, and you'll notice most automakers wow everyone with the most cutting-edge designs possible. Calling Toyota a little bland wouldn't be a completely inaccurate accusation. One of the secrets to Toyota's success is the conservative nature of its vehicle designs. By sticking with tried-and-true systems, Toyotas don't give owners as many problems.

If you don't mind the lack of the latest and greatest features, the tradeoff is worth the lack of reliability issues. For some drivers, the banal nature of Toyotas (and Hondas, for that matter) turns them off. It's a matter of personal preference.

Everyone Has Their Dogs

Some car shoppers erroneously think if they buy a Toyota, or other Japanese brands, they'll have zero reliability problems. That simply isn't true, but this perception is quite powerful.

The fact is you can purchase a Toyota and deal with a whole spate of repairs. But the likelihood of that happening is quite a bit less than with other mainstream brands. For that reason, Toyota constantly lands at the top of reliability studies and surveys from J.D. Power, Consumer Reports, and others.