This week, Elon Musk debuted the much-anticipated SpaceX spacesuit astronauts will wear on interstellar launches. And, as expected, the suit looks like a combination of something you might see on an actual astronaut and in a science fiction movie (Musk worked with a Hollywood costume designer on the look of the suit). 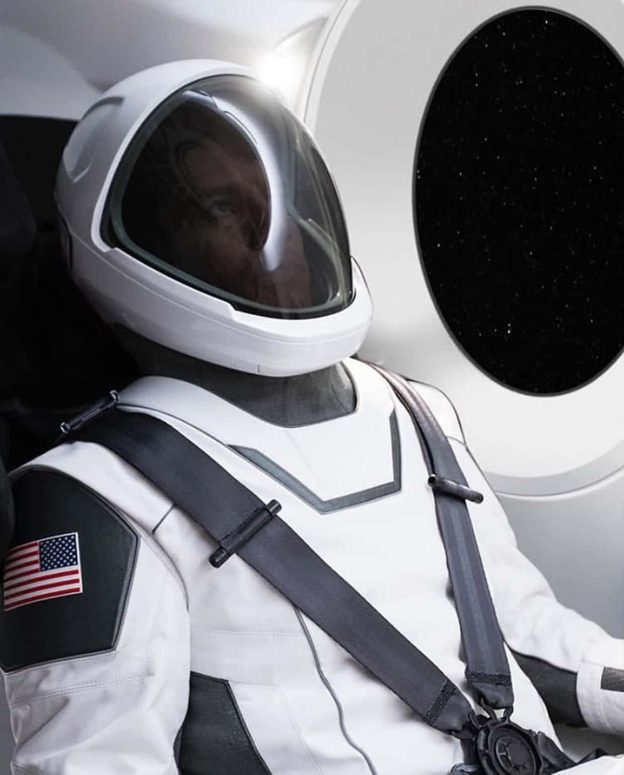 On Instagram, where Musk debuted the suit’s design, he noted it was not a mock up and that the suit had already been tested to double vacuum pressure on Earth.

“Was incredibly hard to balance esthetics and function. Easy to do either separately,” Musk wrote.

Here’s some other cool news of note from the worlds of design and engineering:

Could Human Waste Hold the Key to Longer Space Travel?

Will the wonders of modern technology ever cease?

This might sound a bit gross, but a group of scientists are working on a technique that would use microorganisms to convert human waste products – like urine or exhaled carbon dioxide or you-know-what – into chemicals that could be used to build tools for long space voyages.

With long distance space voyages, such as a trip to Mars, estimated to take years in the future, astronauts will be limited in the amount of cargo they can carry – the more weight they carry, the more fuel their ship will need to escape the Earth’s gravity. Future astronauts will be traveling lean, so if a crucial tool or material breaks or runs out during their long voyage, they could be in big trouble.

But not if waste molecules produced by the human crew could be converted into spare materials used to manufacture new products during the voyage.

The scientists presented their findings this week at the 254th National Meeting & Exposition of the American Chemical Society (ACS) in Washington, D.C., and though this might sound kind of gross, it could one day help get us to Mars!

3D Print Your Own Levitation Device

TinyLev is a 3D printed acoustic levitator device that can suspend small objects in mid-air using ultrasound waves that are harmless to the human ear. A group of scientists at the University of Bristol published the instructions to assemble the device online recently so that anyone can 3D print and manufacture their own. 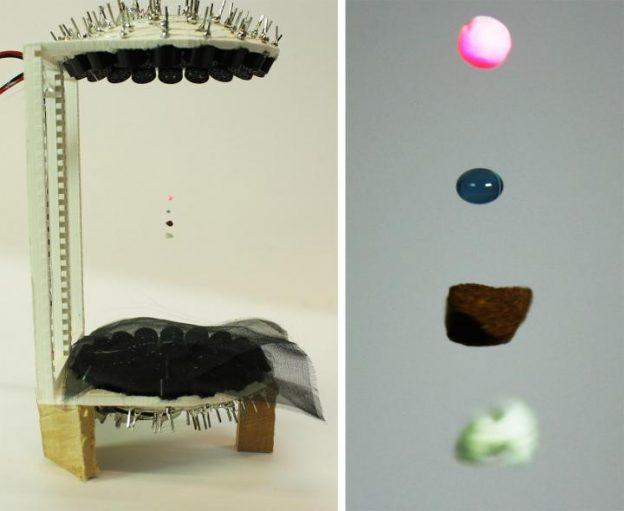 The TinyLev is a 3D printed levitation device. Photo courtesy of the University of Bristol.

The TinyLev uses acoustic waves to suspend particles between two 3D printed “bowls” connected to a frame with the ultrasonic transducers contained within. To construct the device, the scientists used a motor driver, parking sensors, an Arduino, and a temperature resistant 3D part to fabricate the levitator.

Since this technique is not as strong as magnetic levitation, the TinyLev is somewhat limited in what it can and cannot actually levitate. It is capable of levitating objects over 2.2 g/cm3 in density and 4mm in diameter, so we’re talking stuff like pieces of paper, liquids, marbles, or even tiny insects.

The TinyLev is not going to lift a car or a person anytime soon, but it’s still a fun device to try and replicate and tinker with for hobbyists and 3D printing enthusiasts.

Researchers from the Institute of Science and Technology Austria (IST Austria) may have stumbled across a 3D printing breakthrough recently. “Self-actuating” objects are flat materials or sheets that can be transformed into 3D objects, but had previously been restricted to materials with sharp edges and minimal curvature.

But thanks to team of computer scientists at IST Austria, it is now possible to create flat two-dimensional sheets that can be transformed into smooth, free-form, self-actuating 3D objects. Known as CurveUps, these sheets consist of hundreds or thousands of small tiles fixed between layers of latex. Since the latex is pre-stretched, the tension helps pull the tiles together into an object or shell that is mechanically stable. The program that the IST Austria scientists developed allows 2D sheets to be created from 3D designs, automatically generating the location, shape, and orientation of each tile, as well as the connecting pins needed to transform the flat sheet into a 3D object, potentially giving birth to a novel new method of 3D printing and assembly.

Design, and 3D Print, Your Own Robot in Just Hours

Robots and automation are increasingly looking like the future when it comes to manufacturing and many other industries, so learning to interact with robots could be a key skill going forward.

With this in mind, researchers at MIT's Computer Science and Artificial Intelligence Laboratory (CSAIL) have developed a program called Interactive Robogami that lets even the most novice designer come up with a feasible robot design in just minutes, and then 3D-print the parts and assemble a robot in a couple hours. 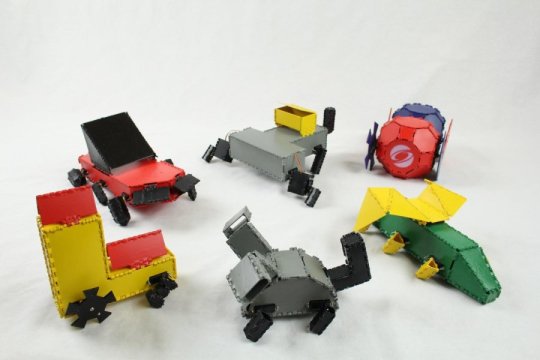 The Interactive Robogami lets anyone design, 3D print, and assemble robots in a manner of hours. Credit MIT CSAIL

The program is intuitive and algorithm-based, so users can concentrate on the high-level conceptual design of their robot. Simulations and a library of more than 50 different robot parts also allows the user to customize everything from the body, legs, wheels, or even the “gait” of their robots.

More importantly, the program also analyzes the design of the robot to make sure it is actually feasible, accounting for factors such as weight, size, speed, and stability, and offers suggestions along the way so that you don’t wind up with a robot that constantly tips over because its head is too big for its body or its legs are too skinny for its frame.

The robots are then 3D printed using a print-and-fold method similar to origami. The designs are printed flat and connected at joints, which are then easily folded to form the robot. In total, CSAIL tested its Interactive Robogami system using eight participants who created six robots. The robots took 10 to 15 minutes to design, 3 to 7 hours to print, and 30 to 90 minutes to assemble.

Ion-Powered Engines Could Power Mini Robots in the Future

These miniature robots, inspired by insects and Sci-Fi, could someday be used to search confined spaces for survivors after a natural disaster or even as stand-ins for real-life insects to pollinate a polluted or environmentally damaged area.

The design comes from Daniel Drew, an engineering student at the University of California, Berkeley, who drew inspiration from the Sci-Fi stories he read as a child.

But in order to make the robots that small, a traditional battery would not fit, so Drew knew he needed to draw power from another source. Drew and his advisor came up with the idea of using ion propulsion to power the robots through thrusters.

Although this technology has so far proven elusive on a larger scale, with miniature robots the force needed to power and propel them is not as great. Drew designed a miniature version of the ion thruster for the robots known as “ionocraft” that is about half an inch square and flies on a tether. In the future, he hopes to turn the ionocraft into an on-board battery that can actually be inserted into the micro robots and power them for up to 10 minutes of independent flight.