GrabCAD has always been about putting its customers first, and there’s no better example of this than when it came to development of the company’s first commercial product, GrabCAD Workbench, a secure, private project engineering and collaboration tool.

Last week, we talked about how GrabCAD grew from an engineering service bureau in Estonia to a thriving online community of engineers, designers, manufacturers, and students thanks to the strength of the Community and its members. But the Community also played an influential role in the early development of GrabCAD’s products as well. 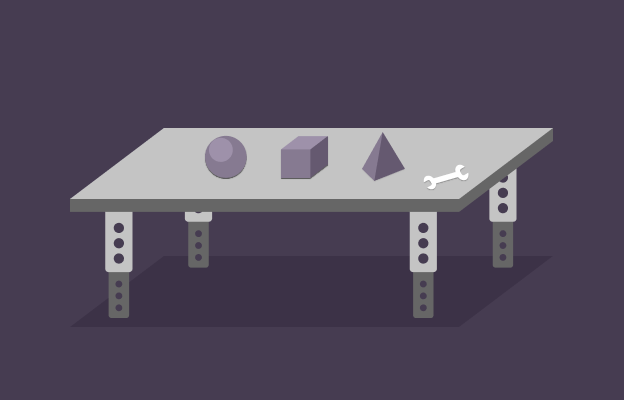 Roger Manaran, Lead Product Manager at GrabCAD and one of the company’s earliest Boston hires, recalls that much of what would ultimately become Workbench came from feedback and suggestions from some of the earliest members of the Community.

“I remember we were on an almost first name basis with everyone at the top of the Engineers pages in the early days,” Roger said. “It was their input that really led to the development of a lot of the features in Workbench. We would constantly get feedback about how the Library was cool and a great way to share models, but what our customers were actually looking for was a way to securely manage their CAD files and projects.”

The Community also allowed GrabCAD to find members who might be interested in testing Workbench in Alpha and Beta and further help the team refine the product before publicly releasing the application.

“With Workbench, we were able to engage with people who were already Community members that might be interested in the product,” Roger recalled. “In the early development of Workbench we had real users with real projects provide feedback on features that hadn’t shipped yet. The result was a much higher quality product with capabilities the market really needed in the first commercial release.”

GrabCAD’s development growth was purposeful. Initially founded in Tallinn, Estonia with expertise in Amazon Web Services (AWS) and infrastructure, as the application included CAD and project management capabilities, R&D offices were added in Boston and Cambridge, UK because of the available talent in SaaS, CAD, and PLM development.

With its growing team so spread out, GrabCAD needed to find a more efficient way to develop products, so the team decided to adopt the iterative and customer-centric Agile method of software development. A committment was made to train the team in Scrum and tools like Jira and G Suite from Google to work together more efficiently and effectively across continents and timezones. Continuing to use Agile development today, GrabCAD still is able to issue new software releases on a monthly basis with new features and performance improvements.

After an extensive phase of product testing and refinement, Workbench was released to the public in May of 2013 and took off quickly. Today, there are more than 200,000 users of Workbench worldwide.

“I think there were several elements to its success. First, it’s really easy to get started with Workbench – there’s no administrative or IT overhead of having to know how to set up a database and server; you just sign up and are up-and-running in less than 15 minutes. As an engineering project repository, it’s really easy to use as you can save virtually any file type, manage revisions automatically, and securely invite others to the project,” according to Jon Stevenson, GrabCAD’s first Vice President of Technology and now Stratasys’ Chief Technology Officer. “And last, and most important, it’s a true CAD file management solution. CAD files are different than regular files like Word documents or spreadsheets because of their file references and the fact that in CAD you are producing assemblies. GrabCAD manages that complexity for you automatically. Customers love that.”

The success of GrabCAD Community and Workbench along with the software development expertise helped GrabCAD attract the interest of Stratasys, the world leader in 3D printing solutions. They acquired the company in September of 2014 with the strategy to use software to modernize the world of 3D printing.

Next week, we will explore how GrabCAD made yet another transformation into a global software company developing solutions that help you create amazing products easier.

Want to help GrabCAD celebrate hitting the 4 million member milestone? Go hereto find out how to sign up and take part.