The Breakthrough of 3D Printed Ovaries

As we approach the end of 2017, without a doubt one of the breakthrough scientific achievements of the year was the restoration of fertility in mice by implantation of 3D printed ovaries. 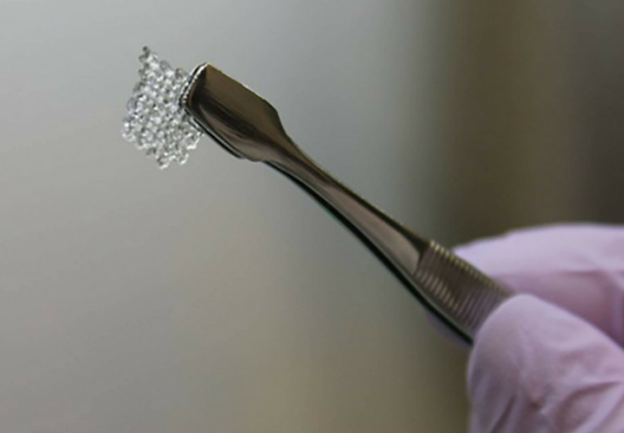 While many questions remain to be answered before 3D printed ovaries can be placed in human subjects, this development is immensely important in the field of bioprosthetics.

Regenerative medicine is a rapidly expanding field that involves the growth of cells, tissues, or organs externally in a laboratory, followed by transplantation of these materials into the body to restore lost functions.

Infertility affects over 12 percent of reproductive-age women in the US; while some of these cases can be conventionally treated with some success, other women are not as fortunate. Traditionally, ovarian defects can be treated by hormone administration to induce egg production and release. In cases in which this is not possible, the options for treatment are very limited.

So, how can we use a regenerative medicine approach to overcome these limitations?

Scientists in Illinois and Kansas combined forces to try to tackle this problem. One of the natural components of animal ovaries, gelatin, was sprayed onto glass slides using a 3D printer to create patterns with the gelatin filaments. Gelatin has numerous advantages over other materials, such as hydrogels, because it can be used to create microporous structures destined for transplantation into the body (known as bioprosthetics). These structures can be secured by the simple use of temperature control. 3D-printed gelatin structures contain small pores, the size of which can also be controlled during the printing process, to allow for the growth of blood vessels (neovascularization) and nutrient diffusion. The structures are also quite stable; unlike other materials, gelatin-based structures do not break down or collapse on themselves.

Next, mouse follicles were inserted into these structures, followed by the transplantation of the follicles into mice. The follicles were sewn to the animals to prevent their migration. What happened next sounds like science fiction, but was actually a huge leap forward in the world of using 3D printing for regenerative medicine. Normally, in order to be functional, oxygen, hormones, and nutrients must be supplied to ovaries from the bloodstream. After the 3D printed ovaries were placed in the mice, blood vessels began growing into the artificially prepared scaffolds, reflecting the system used in the normal mouse body. No hormones, growth factors, or embryo transplantation were required – the ovaries functioned as they would be expected to in normal mice.

To test the practical functionality of the scaffolds, the mice were mated. Eggs were released (ovulation), and some mice gave birth as if they had been able to all along.

Normal levels of hormone production even enabled them to nurse their young!

Chemotherapy is also a well-known cause of early menopause in women. 3D printed ovaries may be useful for delaying menopause and all of its famous associated effects.

So, where are we in terms of applying this to humans? As per usual, numerous additional studies are required before making babies in humans using this method. Practical considerations include the much larger size of human ovaries compared to mouse ovaries. The blood vessels will have to match those of humans, which is currently very difficult to accomplish for larger-size objects. Additionally, where will the eggs come from? Presumably, 3D printed ovaries will be of great interest to individuals with diseases, such as cancer. It may be possible to harvest a woman’s eggs before beginning radiation treatment, prepare a 3D printed ovary, and place the harvested eggs inside of the newly created structure.

While many questions remain to be answered before 3D printed ovaries can be placed in human subjects, this development is immensely important in the field of bioprosthetics.