If you're a first-time hardware creator, here's something you might not have learned: Your hardware's prototype is the key stage between idea and production (manufacturing lots of them).

According to Indiegogo, one of the leading crowdfunding sites for hardware products, in its web page for the free webinar "Prototyping 101 Webinar: Keys to Success", "Building a working prototype is one of the first major milestones on the path to production. And having one is essential for success." 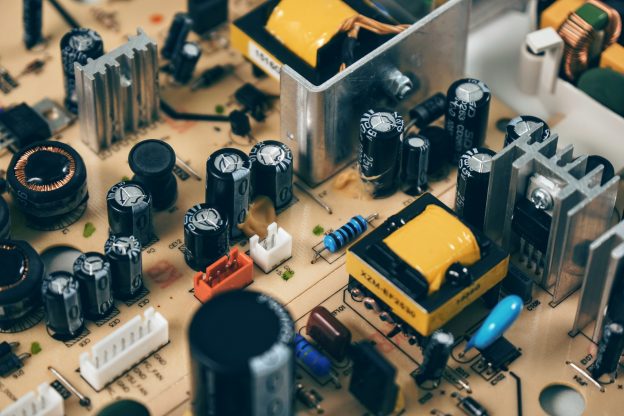 More specifically, per Indiegogo: "Did you know that campaigns that have working prototypes at the time of launch raise 186%, on average, more than campaigns that don't? That's because prototypes build more trust with backers, and helps get your product in front of opportunities that spread the word through media coverage and industry reviews."

Fortunately, there are ways to learn the important do's and don'ts of prototyping for success other than the school of hard knocks – like Indiegogo's Prototyping 101 webinar, done in partnership with Arrow.

In the one-hour (including Q&A) webinar, presenter Keaton Andersen, Business Applications Engineer at Arrow Electronics, a global provider of products, services, and solutions to industrial and commercial users of electronic components and enterprise computing solutions. (Arrow has teamed with Indiegogo, Analog Devices, IBM and other companies to help new tech product creators.)

In his webinar, Anderson covered points including:

(You can see a video of the webinar.)

Here's an interview with Anderson (based on a phone conversation we had a few days after the webinar), where he goes into more detail on various points. (Note, since Anderson works for Arrow, many of his answers are phrased in that context – but there are other companies and organizations offering useful resources for new hardware creators, of course.)

Daniel Dern: What are some ways that hardware – electronics – is different from other product categories?

Keaton Anderson: One of the things that's most interesting is, looking across all industries, a lot of consumers own products that have electronics in them, but they aren't necessarily aware of what's in them. So, for example, Arrow is one of those companies that many people aren't aware of, even though, as we often say, "By the time you've had breakfast, we've touched your life at least five times."

Daniel Dern: How is prototyping of electronics – hardware – distinct and different from other types of products, e.g., software, clothing, toys, et cetera? What, therefore, are some of the special challenges developers face?

Keaton Anderson: Electronics requires its own skills, tools, a lot of process has pitfalls especially if you aren't an expert in the industry. So when you have to start prototyping your new product idea, if you haven't done a hardware product before, you probably aren't aware of the resources available, of the design challenges.

Daniel Dern: What are some of the reasons for hardware entrepreneurs to work with a company like Arrow?

Keaton Anderson: One, it gives you access to engineers who can offer advice, suggestions and other feedback. Two, campaigners have opportunities to win Flash Funding.

(Note: The opportunity to win Arrow's Flash Funding is a potential benefit Arrow offers to select Indiegogo campaigns that have received their Arrow Certified Technology Badge – which "lets backers know that Arrow engineers have verified that your electronic and/or software design is feasible for manufacturing" – to help launch their products as part of the Arrow Certification Program. In 2017, through this program, Arrow distributed $1,000,000 to qualifying Indiegogo campaigns.)

Daniel Dern: What are some important early decisions for hardware developers?

Keaton Anderson: One is choosing among the various computer bases, like Arduino, Raspberry Pi, and ARM.

And to do this, you have to know what these can, and can't do. For example, Arduino can't handle video processing.

Daniel Dern: What are some common mistakes that hardware entrepreneurs need to avoid making?

Keaton Anderson: If you aren't building from components that are easily accessible, meaning you can't buy them affordably and reliably, and receive them in a timely manner, then your selected manufacturer won't be able to build them, or be able to scale production to meet larger demands.

Keaton Anderson: Don't forget security for all communications, for example, between your device and the cloud.

Don't forget that any components or circuits involving signals – Bluetooth, WiFi, Zigbee, etc. – will be emitting radio waves, so your product will need FCC certifications, if you aren't using already-certified modules. And make sure your antenna is a match for optimum signal communication.

When you are going to produce a prototype, you should have Gerbers (which is a type of physical layout file, used for printed circuit board fabrication data), a Bill of Materials ("BOM"), and schematics.

Daniel Dern: What are some hardware entrepreneurs doing RIGHT?

Keaton Anderson: Here's some best practices to keep in mind:

Always make sure you keep a high-quality and well-done BOM. When you design your product, it's common to leave out supplier designations for basic components like capacitors and resistors, since they're easy to source. But your project will fail if you don't have a place to buy them.

Utilize reference designs as much as possible. There are lots of great tech providers. For example, Arrow has a collection of reference designs. If you can find a circuit board that's predefined, that does what you want, and has the schematics and layouts available, that can often get you 90% toward your design. And so, by the time you get to your first prototype board, you're much farther along than someone who worked from scratch.

Daniel Dern: What are some common pitfalls, mistakes, etc. for first-time hardware creators?

Keaton Anderson: One thing to keep in mind when building your first product: If you intend to go to a mass scale, you have to be prepared from a supply chain point of view to go that route.

Be aware of what parts you put on your BOM, and the lead times to get them – including in large quantity. We do a BOM review as part of our Arrow Certified Technology process. For example, if it has a 36-week manufacturing lead time and you want to be done in a year, that makes it harder. And again, make sure there is readily available stock for all parts, including readily available parts if you scale up.

Here's another common error to avoid – inadequate homework and visioning. For example, when you first start conceiving and fleshing out your idea, do some research about where you'll be going in terms of possible markets, features, and functions so you aren't leaving things out of the base design. It's easier to start design and prototyping if you consider the big picture instead of starting out with a narrow focus. For example, if you are planning on incorporating wireless charging in your design, you need to consider how this will impact your power tree. Keep your options and future directions in mind from the start.

Daniel Dern: Are there any books, classes (live or online), exercises, et cetera that hardware entrepreneurs should read to help them better understand the process and challenges of prototyping?

Keaton Anderson: I recommend, as a best practice, using online tutorials, and also webinars. A lot of our suppliers also offer tech webinars. One benefit: These classes often give you a hardware product "assignment" to work on and you may be able to use that as part of the product you're looking at creating.

Suppliers often let you make your board, and start to write the software associated with your product on that.

Your first product may be a blinking LED, or a touch board. There are a lot of quick-start demos, 30-60 minutes long, to get you involved in IoT. I highly recommend self-guided tutorials.

Daniel Dern: What are some of the tools available to new hardware creators and what are the benefits of using them?

There are a lot of tools and other resources available for free or for very reasonable prices. Ideally, you want a way to take your reference design into a CAD tool.

For example, Arrow's OrCAD Capture Cloud lets you prototype with one of the largest symbol libraries in the industry, and OrCAD also includes integrated reference designs, and a complete BOM transfer tool.

You'll be able to learn a lot in a quick time frame, by going into the tool's library, finding a reference design you know you need based on the application of your design, and looking at some of the inputs and outputs. For example, if you want to create a local wireless weather reporting device, it's much easier to find a reference design for a weather station, and then add a Bluetooth module, than to try to design it all from the start.

By accessing design libraries, and using tools that work with them, your creation process becomes little modular chunks that you are working with. The more you can get through reference designs, the better. And then you start looking at licenses, fees for tools, for design checks. etc.

It's a good way to get used to using these tools, which you probably haven't engaged with before.

Keaton Anderson: From a product cost perspective, knowing the components on your BOM will tell you what the board will cost in terms of that, and Arrow's tool can help.

And then there are of course the other costs, e.g. human resources.

Daniel Dern: What's a likely minimum time to get to prototype?

Keaton Anderson: Budget at least three months, perhaps up to six months. If you're going longer, you need to consider whether your project is so complex that you need more resources, and whether you can make it to market fast enough given the marketplace.

From idea to "done," I recommend planning on three months to prototype, and shooting to do the first manufacturing batch within six months. Indiegogo backers usually expect you to deliver within a year.

Keaton Anderson: When you a physical demo in hand, versus pitching an idea.

Keaton Anderson: Leverage resources!  There are many open source communities out there to support you. See Arrow's page on Arduino, Rasp Pi, et cetera. And check the OSS communities' online – somebody has probably done something relevant to what you want to do – perhaps 50% of what you want. So, start by seeing where you can leverage those communities, code bases, etc.

If there's a way you can get your product from 0% to 50% through available resources, you'd be better leveraging those than doing it yourself.

Yes, Lean, Agile Methods Can Be Applied to Hardware Development Too