Perusing articles about the upcoming singularity, it is easy to find charts showing the curves of attainable speeds of data transfer that extrapolate beyond the 5G networks into the terahertz range and beyond. It is a wonderful, and somewhat scary, to think that in less than 10 to 15 years, I will be on the wrong side of “singularity,” and my kid will not be able to explain to me the technology that he takes for granted. Even more fascinating is contemplating the fact that beyond not being able to comprehend technology, I might not be able to understand the society that is shaped by that new technology. It doesn’t seem possible that we, the generation that has the world at its fingertips, will be as lost as a misplaced 10th century farmer time traveling to the current Silicon Valley…Brave New World indeed. 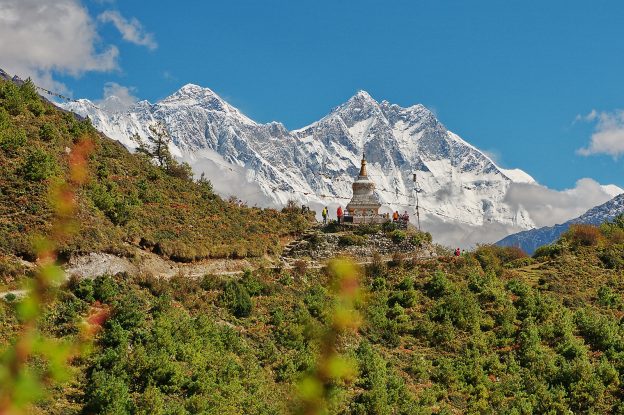 It is mind boggling to think that the very first step in the direction of this fantastic scientific acceleration were the cave paintings used to pass down hard gained knowledge to the future generations. The storytellers who verbally told of what poisonous plant to avoid and how to create a fire pit were followed by the shamans who, using cutting edge technology of the time, diagrammed with charcoal on cave walls successful strategies for hunting wild animals. Data started accumulating and we started accelerating in our understanding of the world around us. At first, it was mostly about trying to survive into the next season…now, it’s about 5G networks!

After some tinkering, that resulted in a printing press, the acceleration of knowledge transfer put us on our current trajectory. It is fascinating to see how any newly developed technology almost instantaneously gets put into use to entertain (that’s the truth of it), and also to increase the efficiency of our knowledge transfer.

For me, it has been a joy to see how the 3D software and 3D printing have impacted all of my areas of interest. On my engineering job, it has been wonderful to see quickly printed 3D parts that I can fit check in a matter of hours to confirm proper design.

Manufacturing on-demand, strong enough brackets to tie off instrumentation harnesses to has been a huge step in efficiency and productivity. Just recently, being able to create fully articulated 3D models of a helicopter gimballed hub, as a learning tool for incoming aero engineers, helped to reduce the learning curve and get two young engineers to become productive team members in less than a few days.

In my comic book endeavors I have used 3D software to create environments and vehicles that help me figure out perspective drawing. Now, instead of spending hours drawing perspective grids for every panel because the angle of sight has changed, I can concentrate on smooth storytelling from panel to panel!

Another interesting application of 3D technology in the realm of storytelling is Participatory Three-Dimensional Modelling (P3DM).  P3DM is a mapping method based on extracting topographic information (like contour lines) from scale maps, and then constructing a 3D physical model that is used to teach populations about their local environment.

I encountered P3DM when I got introduced to the activities of the Adriatic Maritime Institute (AMI). AMI is a non-profit organization that was founded in 2010 and is dedicated to the preservation of maritime heritage along the Adriatic coast line of Croatia. Their programs focus on educating and training kids from foster homes through the practice of teaching how to sail in the regional water and engaging members of the older generation to pass on their knowledge to children. By teaching the kids something which is inherently linked to their community and by bringing them into direct contact with their environment, AMI aims to build the bond between them and their surroundings, giving them practical skills as well as confidence necessary for their reintegration as adults.

James Bender, who founded AMI, first heard about P3DM in a project that had been done in the Pacific Islands where a large relief map of Vanuatu archipelago was made and the elders from the villages painted it and in the process marked special locations and attached stories to them.

Bender previously used Tinkercad and SketchUp, but had no real experience with 3D modeling. However, he has been working in Croatia for many years and had always been interested in spatial orientation as a discussion topic with community members. He had done map projects in the past, working from hand drawn fisherman sketches, creating local fisherman‘s maps with accurate representations of reefs, rocky outcrops, and other underwater formations. He was fascinated that without electronics they could have such a clear representation of the underwater landscape.

That experience, coupled with his curiosity and with his passion about how information could be passed on to the students, got him started.

Currently, the plan is to focus on the Kornati Islands, a remote archipelago off the coast of Croatia. Once the 3D maps are printed, the plan is to use paints and other materials to fill in the map, adding meaning to each of the colors applied and layering the map with significance for the members of the community. James and the students will then be able to use the maps to help elicit discussion from the elders about their lives in the remote archipelago. This will help make the stories more real and more memorable, as well as bring out a geographical dimension that is not present in standard storytelling framework. The end goal is to create a non-linear documentary that can be view from a map, with stories that come from scattered locations around the island chain.

It is a great project that is attempting something unique and engages kids in a combination of mutually integrated tasks of collecting stories, building boats, and sailing. To learn more about AMI and their amazing “Watermelon Voyages” check out their website.

Exploration and Innovation: The Rise of Women in the 3D Printing Industry