Is Tesla Winning or Losing the Manufacturing Game Right Now?

If you want to start up a controversial topic in a mixed group, just mention Tesla. The California automaker is simultaneously lauded and hated by large crowds. I find as an automotive writer, people are often puzzled by my mixed opinion of the company.

As you’re about to see, my views are colored by the fact that Tesla does great in some areas and horrible in others. I see both at the same time, instead of focusing on one or the other. Will the automaker last for the long run? The odds are stacked against it, but it should’ve gone bust by now. In other words, I have no idea. 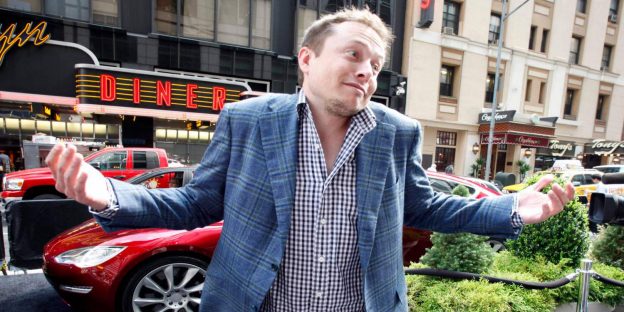 First, some great news for Tesla. Despite having hundreds of thousands of unfulfilled orders for the Model 3, and plenty of manufacturing setbacks, the new electric car outsold all other EVs for the first quarter of 2018.

From January through March, Tesla reported 8,180 Model 3s were delivered to customers. The next-closest EV was the Chevy Bolt, which logged 4,375 deliveries, while the Chevy Volt achieved 3,478.

While that’s great, it doesn’t eliminate the fact that Model 3 production is still lower than it should be. At the end of the first quarter, Tesla says it made 2,020 cars in a week. Originally, the automaker was going to be whipping out 5,000 Model 3s by the end of 2017. Now, it says it will hit the 5,000 mark by the end of the second quarter this year, six months later than originally projected.

Will Tesla be able to scale up production before other automakers pour big resources into EVs? GM is already headed in that direction, as is Nissan, BMW, and several others.

A growing number of customers on the Model 3 wait list are getting frustrated by the wait. Some have taken to Twitter, complaining that they were in line at the Tesla stores to be at the front of the line, but that others they knew who put a deposit down online later have already received a Model 3. Tesla is saying that might be since only one configuration of the sedan is available right now. Not everyone is buying it, but that brings us to the next point.

If you want an all-wheel-drive Tesla Model 3, the wait for those is almost over. Well, you might still have to wait for yours another two years, depending on where you are in the reservation queue and if Tesla can really ramp up production.

Elon Musk said he expects the dual-motor (read: all-wheel-drive) version of the car will begin production this summer.

Don’t get too excited, because Tesla is notoriously late at hitting production goals. Maybe production will start before next winter?

These won’t exactly be affordable versions of the Model 3. With a few options, the all-wheel-drive car can easily cost over $50,000.

Some people have departed Tesla in the past, claiming Elon Musk is too difficult to have as a boss. He’s supposedly notoriously impatient and likes to hover, which he seems to be doing now. Musk is personally overseeing production of the Model 3, even sleeping at the factory.

The man isn’t even going home to shower. How is this affecting employee morale?

Musk has also issued “encouraging” emails to employees about ramping up production. They’re filled with lines about “proving the haters wrong” and such. Just a few weeks ago, investors approved a compensation package for Musk that would make him the richest man in the world. One thing it hinges on is getting Model 3 production up to healthy levels.

If you didn’t know, a Tesla Model X hit a highway median and burst into flames, killing the driver in March. At first, Tesla claimed the man didn’t have Autopilot engaged. It suddenly reversed that statement, admitting the system was on, but saying the man didn’t have his hands on the steering wheel, which is required when using Autopilot.

Since then, the company and the man’s family have been lobbing accusations back and forth. The family has hired a Bay Area law firm, which said they intend to file a wrongful death lawsuit. The man had complained to Tesla before about Autopilot almost steering him into the median in the exact spot where he died.

In response to the possibility of a wrongful death lawsuit, Tesla has made it clear that the dead driver didn’t follow warnings about paying attention and keeping his hands on the steering wheel. That’s generated bad press, with some news outlets saying Tesla has been “placing the blame” on the dead man.

For April Fool’s Day, Elon Musk posed in a photo, holding a cardboard sign that read “bankrupt.” It was used in a story about Tesla filing “all forms” of bankruptcy, an obvious joke.

Investors didn’t laugh. Instead, at least on April 2, stock prices dropped. Most of that was recovered the following day. Still, people are questioning just how seriously Elon Musk is taking his responsibilities as CEO, if he’s flippant about the company being in financial dire straits. People are now talking more about the possibility of Tesla entering bankruptcy.

There’s been word on the street for a while that some big automakers have their eyes on Tesla. Once the company is financially vulnerable, they plan on doing a hostile takeover. What happens to Tesla after that is anyone’s guess. Right now, getting Model 3 production humming along at the 5,000 units a week mark may be the only thing keeping Tesla from falling into the financial abyss.