Spaceports: Space Travel for the Everyman

Historically, space travel has been a reality consigned solely to highly trained astronauts. We earthlings could only catch glimpses of space through books, the internet, documentaries and Sci-fi movies. But that’s all set to change. The prospect of the everyman being able to journey into space - through commercial space travel via spaceports - is becoming increasingly tangible. 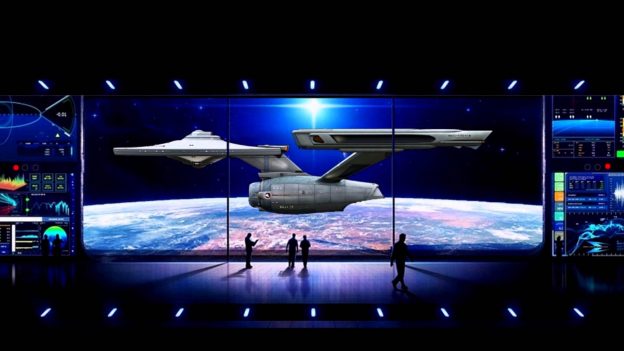 This is not a picture of any of the proposed spaceports.

US Congress created the commercial space launch sector back in 1984. However, since then, most of the launches have been large scale rockets. Industry heavyweights predict that things are about to move in a new direction and that the future of commercial space travel will focus on two key areas:

It’s no secret that financial backers are getting excited about this potentially trillion-dollar industry. So where are such developments taking place and when will we be able to do a day trip into space? Read on!

The 30 square mile Spaceport America site has already seen more than 100 vertical rocket launches. In addition to these vertical launches, Spaceport America has also seen multiple Virgin Galactic test flights of its combined aircraft-rocket system, which uses a highly technical airplane to carry a rocket that will take people into space - initially as “space tourists.”

"We will look back at this phase and realize we were rewriting history," said Daniel Hicks, Spaceport America's CEO.

What’s more Virgin Galactic wants to use virtual and augmented reality to help prepare its passengers for space travel.

Tom Westray, Creative Lead at Virgin Galactic, said: "Our customers will come down to our spaceport for four days. They fly on the fourth day and those first three days are training. The idea is that any normal person can come and fly with us.”

Smaller Spaceports Paving the Way for the Future

Many spaceports are in remote places such as Kodiak Island, Alaska, or Truth or Consequences, N.M, meaning they have stayed largely under the radar and out of the public interest.

However, we could start to see a shift in focus and investment towards these smaller spaceports as efforts shift into the realm of cheaper and smaller rockets to maximise the potential for commercial space travel.

Spaceport Colorado for example - the emerging launch complex about 30 miles east of Denver - is awaiting final federal approval to join nearly a dozen sites around the country hoping to benefit from the commercialization of space travel and inexpensive satellite launches.

For many years, space launch sites have been selected due to their proximity to the ocean, where rocket boosters can safely be jettisoned and wayward launches aborted. However, new technology is changing such conventions - especially the miniaturization of technology whereby an iPhone contains more computing power than NASA had for the Apollo missions.

Smaller satellites ride aloft on smaller rockets that don't need external boosters or tanks such as the space shuttle. They can be shipped easily by plane or barge and can be quickly assembled anywhere.

Craig Campbell, president and CEO of Alaska Aerospace, spoke of how the company is harnessing such technology.

Alaska Aerospace runs a vertical-only launch site on Kodiak Island and is hoping to build up to a rocket launch every two weeks, specializing in satellites about the size of shoe boxes.

"I'm trying to capture that emerging market in small satellite vertical launches because that's where the revenue is. It's happening," Campbell said.

A Vision in the Making

Today, Spaceport Colorado is not much more than a dream, although traditional flight schools and private pilots use the airport's long runways. Moreover, currently, the price of a ticket with Virgin Galactic out of Spaceport America stands at a hefty $250,000. What’s more, there's no set flight date for any of the 650+ people who have already expressed an interest in taking the journey.

Still, NASA astronaut Joseph Acaba, who has logged more than 300 days in space on three separate flights, said space travel for private citizens is closer than many think.

“In the next year or so, we’re going to have commercial flights flying NASA astronauts, and that’s the first big step,” he said. “In the near future, we are going to have more opportunities for people to fly in space.”

The goal is to have travel available to Mars in the 2030 time-frame and to the moon before that, he said.

Once you’re out of the earth’s atmosphere, there could be the opportunity to stick around for a few days. The world’s first space travel agent service has just launched in the UK by online marketplace Bark.com.

The launch follows recent news of the creation of the first ever space hotel, Aurora Station, which is set to open in 2021. Aurora Station will be big enough for six people at any one time, including four holidaymakers and two members of crew. During your stay at the hotel (it’s $9.5 million for a 12-day visit as a heads up!) you’ll get to enjoy zero gravity in orbit, have a spectacular view of Earth and see around 16 sunrises and sunsets a day.

It’s clear that the commercialization of space travel isn’t here quite yet. But it’s certainly not far off given the increased interest in both major and smaller spaceports alongside the prospect of space hotels and even space agents. The foundations are being laid and the next few years will undoubtedly see some drastic developments.

To Manage, or Not to Manage, From the Perspective of a NASA Engineer