We already know that 3D printing is continuing to show excellent promise in a number of fields, but you might not be aware that it’s gaining traction in the world of automotive racing.

Perhaps the most famous example comes from a partnership between Stratasys and Team Penske. While there are others exploring the possibilities, what makes this case so phenomenal is the comprehensive approach. That, and it doesn’t hurt that Team Penske just wins constantly. When you’re the champ everyone wants to know your secrets.

To keep its competitive edge, Team Penske has been at the forefront of the 3D revolution in racing. By leveraging it to win races, the team is demonstrating the value of additive manufacturing in some of the toughest competitions around. 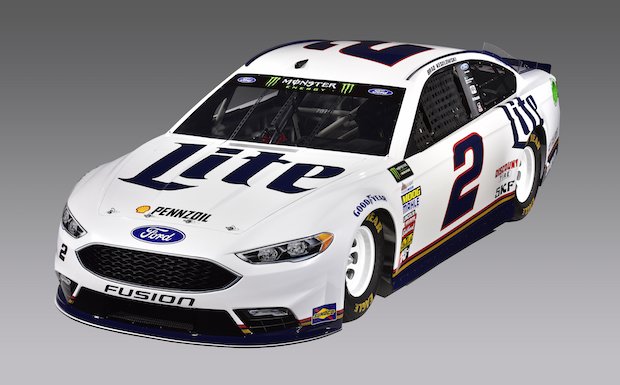 In series like Formula One, race teams must develop unique components for their vehicles. Designing and engineering possible solutions consumes a lot of working hours. Add the traditional manufacturing process into the mix, and the timeframe balloons.

As you’ve probably already guessed, 3D printing cuts down the wait time dramatically. But it does so much more. Since it’s a flexible manufacturing method, race teams can easily make several versions of the same prototype component, but with slight changes. Engineers can then do track and lab testing of those components, seeing which design works best. This allows organizations like Team Penske to get creative with solutions.

The quicker manufacturing time gives race teams more time to tweak designs. After slapping a prototype component on a car and getting feedback, they can adjust the design accordingly, print an updated prototype, and test that in less time than it took to create just one batch of prototype components through traditional means.

Many racing series call for composite materials anyway. Using 3D printing to make components is an ideal solution. For example, McLaren Racing Limited started using additive manufacturing with about 12 Stratasys printers to modify and replace parts on its Formula 1 racecars. In one specific incident the team needed a new rear wing. Producing it took only a week and a half through 3D printing, versus five weeks through the traditional manufacturing channels.

Way back in 2012, Formula Group T, a Belgian engineering student group, made headlines with a racer that featured heavy amounts of 3D-printer parts. The whole body and many other components were printed, while an electric powertrain and space frame chassis completed the setup. With all those lightweight panels, the car tipped the scale at a mere 617 pounds. It did the 0-60 mph dash in 3.2 seconds, showing the world the future of 3D printing in racing.

Just like with parts manufacturing, race teams are using 3D printing to create tools. When it comes to servicing and even building the race vehicles, custom tools you can’t buy at any store are necessary.

Other tools are purchasable, but they’re extremely expensive. Printing them is a cheaper solution, keeping budgets as streamlined as the cars. If you don’t know, race team budgets can be humongous, especially in Formula One. Having a financial competitive edge is a huge.

A quicker production time again is a big advantage. Because many of the tools have complex layouts and need to be made precisely, 3D printing can actually improve tool capabilities. That, and the materials used for 3D printing are often lighter, so pit crews deal with less cumbersome tools during a race.

It’s a well-known fact in the automotive world that racing technologies eventually make their way into production vehicles. For over a century “tech transfer” has been improving the cars we drive to work, on road trips, and anywhere else. We have innovations like heated seats, turbocharging, stability control, and disc brakes which trace their roots straight back to competitive car racing.

The same is true of 3D printing. As it’s being used experimentally in racing environments, the tech will become more common in mainstream auto manufacturing. The same will likely be true in the aftermarket. For example, Jay Leno’s Garage uses 3D printing for hard-to-find components on multiple cars. It’s not inconceivable that a dealership’s parts department or your local NAPA Auto Parts one day has an onsite 3D printer for producing certain components.

Stratasys isn’t working just with Team Penske. McLaren Honda is also using 3D printers to shorten vehicle development times and replace parts/tools rapidly. As these teams reap the benefits of additive manufacturing, others will follow. Back when Audi first launched the Quattro in Group B rally races, showing just what all-wheel drive combined with extreme turbocharging could do, it was considered a wild proposition. Just look at how many cars have all-wheel drive and turbos today. The same thing will likely happen with 3D printing in the auto industry.