Is the Solid State Battery Revolution Right Around the Corner?

One of the biggest weaknesses of electric cars is the limits of lithium-ion batteries. Some EV advocates get bent out of shape about this fact, but it’s absolutely true. Most consumers have second thoughts about buying an all-electric vehicle when they learn that even with rapid charging options, which they likely won’t have at home, the car needs to stay plugged in for about half an hour or longer just to achieve an 80 percent charge. 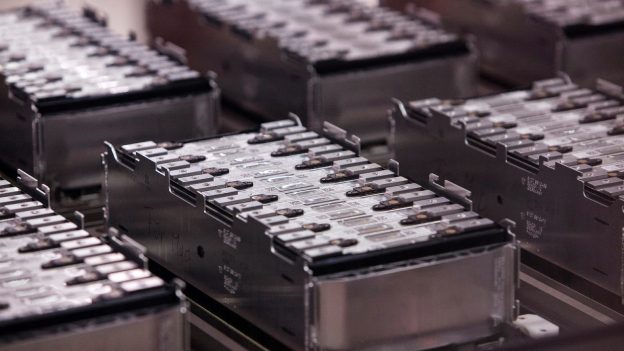 Then there’s the issue of range, which is also limited by current battery tech. When there are hybrid vehicles which can go 600 to 700 miles without stopping, a range of 200-300 miles seems paltry.

Thankfully, there’s promise of a revolution on the horizon. Solid state batteries would enable electric vehicles to charge quickly and go great distances before needing to plug in again. The tech would shrink the size and weight of batteries as well. It’s the holy grail of electric car technology. The only problem is this tech might be several years out, although some claim it’s right around the corner.

Some trace the origins of thought on solid state batteries to Michael Faraday. The British scientist discovered solid electrolytes, beginning the study of solid-state ionics. Using Faraday’s and others’ research, engineers first tried creating solid state batteries back in the 1950s. Obviously that didn’t go so well, thanks in part to low energy density.

Despite what people tell you, solid state batteries do exist, just like hydrogen fuel cells. There are some big problems with the tech, and that’s why electric vehicles on the market today don’t use them.

Durability is a definite concern. Ceramic electrolytes need extreme pressure to maintain the correct amount of contact with the electrodes. That can lead to breakages and the need for constant repairs.

In extremely cold weather, solid state batteries have been known to lose a considerable amount of their charge capacity. That’s not at all comforting for anywhere that dips below freezing during the winter, covering a huge chunk of the population in the world.

Cost is perhaps the biggest hurdle. A solid state battery is so expensive to create, it’s cost-preventative for production cars. Economies of scale so far haven’t helped with this issue.

Of course, that doesn’t mean everyone’s given up on solid state batteries. In fact, there’s a development race going on right now, and the winner stands to gain a huge advantage.

Previously a champion of diesels which polluted well beyond legal limits, Volkswagen has been legally forced to turn over a new leaf. It’s pushing electric cars in a big way, not to mention building a system of public chargers through subsidiary Electrify America.

Perhaps even closer to a breakthrough is the far smaller, California-based Fisker. The automaker claims its new EMotion EV sedan packs a solid sate lithium-ion battery which can recharge in a mere 9 minutes.

How is this possible? Fisker isn’t giving away all the details, but claims it has developed proprietary tech which seemingly is years ahead of what anyone else has. The design involves a thin-film tech similar to what’s used in solar cells. Multiple layers of the film are stacked inside individual battery cells, boosting surface area dramatically.

Fisker’s tech is so far ahead, founder Henrik Fisker says production will begin in just a few months. If you’re still skeptical, just know that Caterpillar Ventures, which makes heavy-duty machinery for construction, mining, etc., recently invested in the tech. Supposedly, some major battery manufacturers might want to help make these batteries.

It’s impossible to tell if Fisker is really on the verge of a huge breakthrough. We don’t know enough about this new tech to make a judgement, but plenty of people inside and outside the auto industry think Henrik Fisker is selling snake oil. Still, the investment from Caterpillar is enough to make anyone pause and think.

These aren’t the only pioneers in solid state battery tech for vehicles. BMW and Toyota have both made big investments in them, and these two automakers are R&D giants. Dyson, the company you probably know for vacuums and hand dryers, is currently developing a line of electric vehicles which would use solid state batteries.

With so many big players pushing so hard to create the first viable solid-state battery tech for cars, something will likely change within the next few years. At that point, electric vehicle adoption rates could climb sharply, since the development would remove many of the reservations people have about EVs.

Discuss the future of solid state batteries, and other automotive advancements, in the Automotive Industry Trends group in GrabCAD Groups.